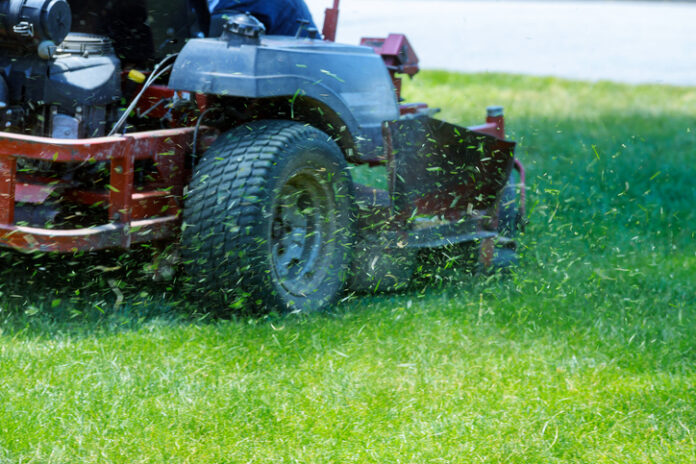 California may soon ban gasoline-powered gardening tools such as lawnmowers and leaf blowers statewide, following the lead of approximately 60 California cities that have already banned the use of gas-powered yard equipment.

In an effort to reduce emissions of air pollutants and carbon dioxide, the California Air Resources Board (CARB) is now considering a statewide ban, which would force Californians to give up their gasoline-powered lawnmowers, leaf blowers, and trimmers.

CARB calculates operating a gas-powered lawnmower for an hour produces the same amount of air pollution as driving a Toyota Camry from Los Angeles to Las Vegas.

CARB’s goal is to reduce the smog from these machines by 80 percent by 2031.

In the rush to regulate, California has not fully considered the effects these regulations will have on consumers or small businesses such as repair shops, says Baruch Feigenbaum, the assistant director of transportation policy at Reason Foundation.

“I haven’t seen any cost-benefit analysis or any type of realistic study quantifying what the effects of this regulation would be, and I don’t think regulators should impose anything like a statewide ban without considering the negative impacts it will have on average people and the economy,” Feigenbaum said.

Battery-powered lawn tools are not suitable replacements for gasoline-powered equipment in many instances, says Christian Reynolds, a sales representative at Buck’s Saw Service in Novato, California.

“They’re saying that within five years all gas-powered tools would be banned; logically it doesn’t make sense,” Reynolds said. “With the way batteries are now, maybe they’ll be comparable in another five or 10 years, but until then it won’t work, because they don’t generate enough power.

“In addition, a quality cordless battery-powered leaf blower delivering a good hour-and-a-half of commercial use costs about $1,400,” Reynolds said. “A comparable gas-powered blower only costs about $350.”

For small businesses like the one where Reynolds works, there’s also the question of what happens to all the old gas-powered equipment sitting on the showroom floor.

“We repair and sell gas equipment, so we would have to change over to all battery-powered equipment,” Reynolds said. “The real question is what would happen to all the tools we have in the shop currently?

“If this regulation becomes law, we wouldn’t be able to do anything with that stuff,” Reynolds said.

California’s politicians and bureaucrats seem determined to prove there is no action too petty, no aspect of peoples’ lives too small, to dictate and micromanage in the name of “saving the environment,” says Adam Summers, a research fellow at The Independent Institute.

“In addition to violating basic personal freedoms, CARB’s proposal, and similar measures adopted or under consideration by city governments, will harm consumers, small businesses, and workers by forcing them to use more-expensive, less-efficient equipment and more labor-intensive practices, leading to higher prices and lost business,” Summers said. “For wealthy residential users, this may be a relatively minor inconvenience, but for many small landscaping business owners and lower-income workers struggling to get by in California’s already high-tax and stifling regulatory business climate, this could cost them their livelihoods, all in the pursuit of meeting an arbitrary goal set by bureaucrats that does nothing to substantially improve environmental quality.

“Moreover, forcing a switch from gas-powered to electric landscaping equipment will only place a greater strain on electrical resources, much of which do not come from ‘green’ sources anyway, thereby counteracting many of the supposed environmental benefits of the policy,” Summers said.

“If this proposal is implemented, families will need to spend their hard-earned money to repurchase tools they already own,” Winegarden said. “This imposes large opportunity costs, because instead of repurchasing gardening equipment, these families could have spent this money on entertainment, new clothes, or perhaps saved this money for the future—all possibilities foreclosed by the policy.”

In addition, this policy is inherently regressive, hurting the poor the most, Winegarden says.

“An average electric lawn mower could cost $200 to $300 or more,” Winegarden said. “Since the batteries typically only last for an hour before recharging is necessary, the expenses could be even higher as families must buy multiple batteries and chargers in order to ensure there is a charged battery ready to run their equipment to finish a job they started.

“Most families do not have an extra $300 lying around,” Winegarden said. “Therefore, the policy will impose a significant financial hardship for many lower-income families,”

Any money saved by not having to buy gasoline to run equipment will be offset by higher electric bills, Winegarden says.

“Not only does California have some of the highest electric utility rates in the nation, many utilities in California, like the Sacramento Municipal Utility District, have introduced higher rates based on time of peak demand, meaning people pay a lot more when you actually want to use the power during daytime, which happens to be when most gardening and lawn care takes place,” Winegarden said. “Ultimately, the higher electric bills will be substantial.

“Businesses will suffer too, as many retailers will have inventories of gas-powered equipment, which, if they can’t be returned, means the retailer will suffer financial losses on unsaleable inventory,” Winegarden said. “Further, businesses established to repair gas-powered gardening equipment will be forced out of business, resulting in job losses and transitional costs for workers.”