Commentary: Obamacare Rations Care for the Sick and Overcharges the Healthy

The health care reform debate that lead to Obamacare was initially about covering the uninsured, but in order to gain the support of ordinary people who already had coverage, proponents had to figure out a way to sway public opinion.

Proponents falsely claimed, “If you like your coverage, you can keep your coverage,” and Obamacare backers began touting the need for so-called protections for sick people.

Obamacare promised people with chronic conditions they could obtain health coverage at rates no higher than their healthy neighbors. Americans could no longer be penalized for conditions like high blood pressure, high cholesterol, cancer or heart disease. Prior to Obamacare, individuals with chronic conditions were often charged higher premiums, sometimes as much as 50 percent or even 100 percent higher than healthy individuals, due to the higher financial risk for insurers.

When Obamacare was passed, most supporters naively assumed ACA plans would be just like employer-provided health plans. However, that view was inconsistent with new regulations requiring insurers to accept all applicants at (community) rates unadjusted for health risk. Obamacare supporters’ wishful thinking soon crashed headlong into economic reality.

Health care costs skyrocketed once health plans could not adjust premiums for risk. Some individuals gamed the system, joining when they needed expensive care and dropping soon afterwards. As premiums shot up, people looked for ways to reduce their coverage or drop out entirely. Over time, most enrollees gravitated to plans with such high deductibles that few ever expected to receive any benefit.

Raising premiums and deductibles wasn’t insurers’ only strategy to stem losses on money-losing customers. Once health plans lost the ability to adjust premiums for risk, they were forced to find savings elsewhere.  Plans reduced reimbursements to providers and those who refused to accept, were no longer in their covered networks. The typical Obamacare plan today bears a close resemblance to Medicaid managed care plans, except with high deductibles and high cost-sharing. Many exchange plans are managed by the same firms who specialize in Medicaid managed care. Managed care uses subtle methods to reduce costs by rationing care. Thus, managed care is a competitive advantage among plans not allowed to adjust premiums for risk.

At its inception, Obamacare plans restricted enrollees’ choice of doctors and hospitals. One study found 72 percent of insurers feature more restrictive networks in the plans offered through the federally managed exchange HealthCare.gov. This compares to only 5 to 7 percent of employee health plans that limit worker choices to a narrow network of physicians and hospitals. The consulting firm Avalere found ACA exchange plans contract with approximately one-third fewer doctors and hospitals than commercial plans, on average. This included 42 percent fewer heart specialists and cancer doctors, one-third fewer mental health and primary care providers, and one-quarter fewer hospitals.

Another reason provider networks became more restrictive is that doctors refuse to affiliate with Obamacare plans, often due to low fees. In addition, many providers may want to avoid patients whose health plan deductibles run into the thousands of dollars rather than, say, hundreds of dollars. Doctors and hospitals find it more difficult to collect fees for services provided before their patients’ health plan deductibles have been met.

A direct result of ACA regulations and design is that top hospitals are often out of reach for many Obamacare enrollees. The University of Texas MD Anderson Cancer Center is not on any exchange plans in Texas. Memorial Sloan Kettering Cancer Center is not in any of the typical gold, silver, or bronze individual plans on the New York exchange. The flagship Mayo Clinic is inaccessible to many Obamacare plan enrollees in Minnesota.

The ACA marketplace was not designed to meet consumer needs like other markets. It was predicated on rationing care for sick enrollees and price-gouging healthy enrollees. It didn’t have to be this way. Medicare Advantage plans are an example of a system where expensive enrollees are not shunned because the federal government compensates plans for seniors’ health status. Economist John Cochrane has shown how market-based risk adjustment without government involvement can work. A report by the Goodman Institute expands on how Congress can empower state governments to create genuinely free markets. Now we just need to get started designing a better system. 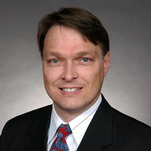 Devon Herrick
Devon Herrick, Ph.D., worked for the National Center for Policy Analysis (NCPA) until it ceased operations in July 2017. He is a policy advisor to The Heartland Institute.