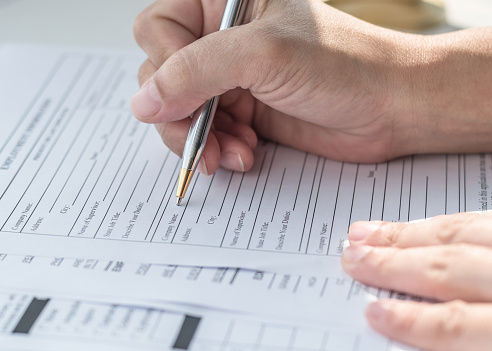 The Lambda School, a for-profit school that teaches computer coding through online instruction, offers students the opportunity to pay for their education through Income Share Agreements (ISAs).

Lambda’s ISAs require graduates to pay 17 percent of their income to the school when they become employed. Lambda claims 86 percent of students who graduate find employment within six months, but the placement rate may be closer to 50 percent, stated an article in Business Insider on February 19.

For-profit schools like Lambda are an important alternative to traditional universities that impose a heavy financial burden on students, says Edward Hudgins, former research director of The Heartland Institute.

“The costs of normal four-year colleges, most of them state schools, have skyrocketed out of all proportion to what it would be in a true free market, ne conservative estimate places the tuition increase, adjusted for inflation, for a four-year public college degree at nearly 350 percent from 1969 to 2019,” Hudgins said.

“Federally-backed loans not only encourage students to borrow money to obtain degrees with little market value while burdening themselves with debts for decades to come,” Hudgins said. “Private schools like Lambda are far clearly better alternatives to the government-school mess.”

Lambda’s ISAs are unusual for educational institutions, but not unprecedented in the private sector, says Hudgins.

“A standard practice of private employment agencies in the past has been to take a percentage of the salaries of clients for whom they find a job. It’s a win-win situation,” Hudgins said. “The income-sharing approach by schools like Lambda offer students an attractive and innovative option, instead of decades of debt from government-backed loans.”

Many high-tech companies do not require four-year college degrees, Hudgins says. Therefore, schools like Lambda can offer the best career options for students who can’t afford to take out massive loans for a traditional four-year degree.

“Schools like Lambda, which offer more attractive options for students than the decades of debts for worthless degrees offered by traditional four-year colleges, highlight the monumental failures of the latter and also deprive them of revenue from student tuition, often from government-backed loans,” Hudgins said.

Lambada is operating without the approval of California’s state Bureau for Private Postsecondary Education (BPPE). The BPPE, which authorizes for-profit institutions like Lambda, notified the coding school that it had not properly registered with the state as an educational entity, fined the school $75,000, and ordered it to cease operations in California, on March 20, 2019. Lambda has continued to operate, and its application for approval is pending, the website Education Dive reported on January 22, 2020.

“In California, the Bureau for Private Postsecondary Education that is persecuting Lambda is not protecting students but protecting the dysfunctional, overpriced state schools from competition,” Hudgins said.

“Where is the recourse for students who are seduced by government-backed loans that enrich state schools and leave those students in debt with worthless degrees? The best thing for students would be to abolish the Bureau for Private Postsecondary Education and let private providers market their services as any business does.”

Public high schools do a poor job of informing students about the risks and rewards of various higher education and career options, says Hudgins.

“If there’s a problem at all, it’s that government high schools do a poor job of educating students about all the options for their future, which would include the option of a school like Lambda and of ‘learn-and-earn’ paid apprenticeships, as well as the risks of the current four-year college debt trap.

“Of course, it’s hardly to be expected that government high schools would warn about the risks of government four-year colleges,” Hudgins said.