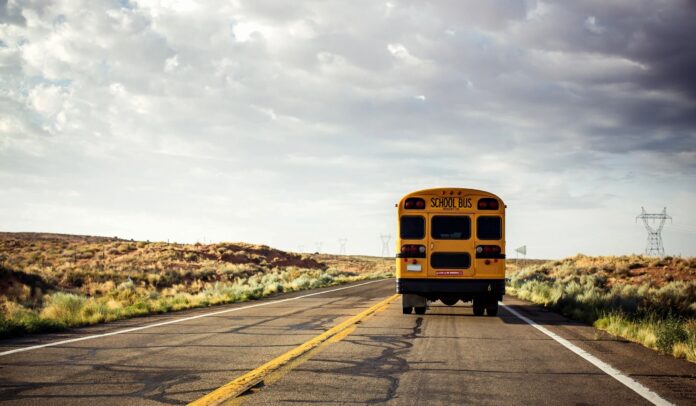 The adoption of the Common Core State Standards (CCSS) has led to a “historic” drop in student achievement scores on the National Assessment of Education Progress (NAEP) test, also known as the “Nation’s Report Card,” a new study reports. The poor performance results have been particularly stark in Florida, which was a national leader in student educational achievement in no small part due to its pre-CCSS statewide curriculum frameworks.

In the decade before the adoption of CCSS throughout most of the United States in 2013, mathematics and reading NAEP scores for both fourth and eighth grade were gradually increasing at a fairly steady rate, states The Common Core Debacle: Results from 2019 NAEP and Other Sources, published by the Pioneer Institute for Public Policy Research. This rate of growth had been occurring at roughly the same pace as it had been since before states began launching their own individual curriculum standards in the 1990s, writes author Theodor Rebarber, CEO of the nonprofit education organization Accountability Works.

Many involved in the education industry said they were dissatisfied with this pace of improvement, and they sought to remedy it by pushing states to drop their curriculum standards and adopt a single, national standard, which became Common Core. Promoted heavily by the Bill and Melinda Gates Foundation and the Obama administration, CCSS was touted as being necessary to improve U.S. academic competitiveness with other nations on international testing, raise NAEP scores, lower the achievement gap between black and Hispanic students and their white and Asian peers, and reduce the same gap among children from low- and high-income families.

Now, a decade after their adoption by most states and six years after their implementation, the Pioneer Institute report makes clear Common Core has had the opposite effect from what was promised. NAEP scores from 2013 to 2019, after the implementation of CCSS, have decreased by a “statistically significant” amount, the study found. Scores for both fourth and eighth grade in reading and math are down, with eighth grade scores decreasing at a rate nearly equal to their rate of growth before the implementation of Common Core.

“U.S. students at the top, the 90th percentile, have continued to make gradual improvements that generally maintain the pre-Common Core trend line, ultimately neither helped nor harmed,” Rebarber writes. “But the farther behind students were before Common Core, especially those at the 25th and 10th percentiles, the more significant the achievement decreases have been. These declines appear to have wiped out the gains that lower-performing students made in the decade prior to Common Core.”

Florida adopted Common Core in 2010 and began implementing them in the fall of 2014. The negative effects were felt almost immediately. In the decade preceding Common Core, when Florida implemented on its own standards, fourth grade achievement gain in mathematics on NAEP averaged roughly  just over .75 points annually. Eighth grade scores grew by nearly a point annually over the same period. Post-Common Core, however, scores for fourth graders have increased, but at a smaller rate than they were pre-CCSS. More frighteningly, eighth grade scores have actually declined by roughly .4 points annually.

Rebarber recommends states fully repeal Common Core, but says he realizes this will be a tall order, no matter how far scores decline. As Rebarber succinctly stated, the standards embody the “common curricular assumptions and conventional wisdom of the educational establishment.”

“It is human nature for those who supported a failed strategy to find it difficult to admit a monumental error,” Rebarber writes. “But our most vulnerable students are paying the steepest price for this particular error. After six years of digging this hole, the most fervent Common Core advocates seem to believe that we should continue to dig deeper. Instead, we must ensure that reason prevails and a different approach is considered.”

Adopting Common Core was one of the few poor education decisions Florida policymakers have made in the last decade. They should should dispel Rebarber’s pessimism by admitting their mistake and repeal CCSS at the first opportunity and revert the Sunshine State back to its pre-Common Core, high-quality, state academic standards and tests.

The Common Core Debacle: Results from 2019 NAEP and Other Sources
https://pioneerinstitute.org/academic-standards/study-finds-historic-drop-in-national-reading-and-math-scores-since-adoption-of-common-core-curriculum-standards/
This report from the Pioneer Institute for Public Policy Research finds U.S. reading and math scores on the National Assessment of Educational Progress (NAEP) and other assessments have seen historic declines since most states implemented national Common Core English and math curriculum standards six years ago. The declines are most acute for the lowest-achieving students, increasing inequality.

After the Fall: Catholic Education Beyond the Common Core
https://www.heartland.org/_template-assets/documents/publications/Pioneer%20CC%20After%20the%20Fall.pdf
This Pioneer Institute report argues that Common Core’s unrelenting focus on skills that transfer directly to the modern work world conflicts with Catholic schools’ academic, spiritual, and moral mission. Catholic schools have traditionally provided a classical liberal-arts education, using lessons from great literature to reinforce moral lessons and educate and inspire students toward a virtuous life and a fuller understanding of the human experience. But Common Core cuts literature, drama, and poetry by more than half compared to the previous Massachusetts standards.  When great literature is included, it’s often only in excerpt form, robbing students of critical context.

Replacing Common Core: Choices and Tradeoffs
https://www.heartland.org/publications-resources/publications/replacing-common-core-choices-and-tradeoffs
In this Policy Brief by The Heartland Institute President Joseph Bast and Research Fellow Joy Pullmann, the authors argue while Common Core standards should be repealed, states face several replacement options, each of which has important trade-offs that must be considered.

Common Core and the Centralization of American Education
https://www.heartland.org/publications-resources/publications/common-core-and-the-centralization-of-american-education
This collection of essays edited by Lindsey Burke at The Heritage Foundation argue although national education standards may provide useful information to state and federal policymakers, they have driven curriculum and pedagogy in a way that dissatisfies parents. Each of the essays contained in this short compendium concludes U.S. education will not flourish under a system that is increasingly centralized.

Replacing Common Core with Proven Standards of Excellence
https://www.heartland.org/publications-resources/publications/replacing-common-core-with-proven-standards-of-excellence
David Anderson of Asora Education Enterprises argues the Common Core standards have already fallen short of expectations. He summarizes some of the many failings of Common Core, including incompleteness, low standards, lack of a research basis, and invasions of privacy. He recounts how Common Core was “captured” by Washington, DC and laws were broken along the way. Finally, he proposes using the ACT as an alternative to Common Core tests.