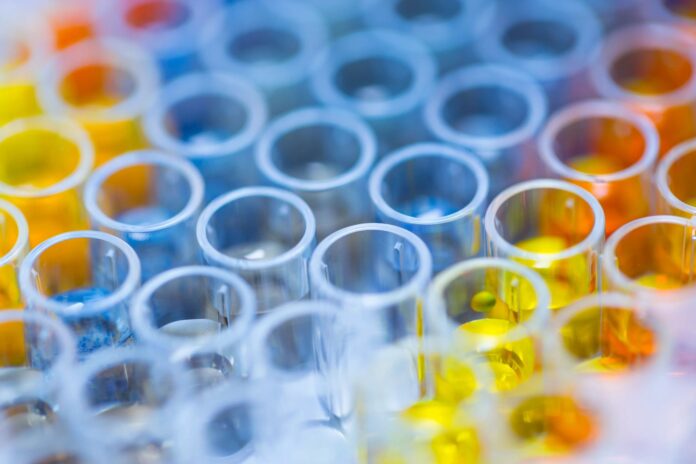 As the number of individuals diagnosed with COVID-19 surpassed 1.3 million in May, demand for accurate and fast diagnostic test kits played a vital role in determining the scope of the public health crisis.

A first-of-its-kind test developed by Rutgers University researchers in April was approved weeks later by the U.S. Food & Drug Administration (FDA) on May 6, for home use.  Developed by RUCDR Infinite Biologics, the test uses saliva collection rather than one from a nasal swab and can more easily be performed by the patient while in self-quarantine. Test samples can be mailed to a laboratory for analysis and because samples are not collected at physical collection sites, it reduces the number of health care workers who could be exposed to the virus.

Section 564 of the Federal Food, Drug, and Cosmetic Act permits the FDA commissioner to allow otherwise unapproved medical products to be used in an emergency to diagnose, treat, or prevent serious or life-threatening diseases or conditions when no adequate, approved, and available alternatives exist.

The FDA published regulatory guidance for Emergency Use Authorizations (EUAs) in the March 6, 2020 edition of the Federal Register, to speed up testing capacity in response to the COVID-19 public health emergency.

Process ‘Ought to Be Revised’

The approval process for diagnostic tests is even more byzantine than the one for drugs and involves multiple regulatory agencies, says Edmund Haislmaier, a senior research fellow with The Heritage Foundation’s Center for Health Policy Studies.

“The Centers for Disease Control and Prevention (CDC) is responsible for standards and methods, the FDA is for the actual approval of the tests and components themselves, and the Centers for Medicare and Medicaid Services is for the oversight of the sufficiency and quality of the labs,” said Haislmaier.

“Right off the bat, this is a more diffused arrangement [and something] that ought to be revised in light of what’s happened,” said Haislmaier. “[Approval involves] three different agencies within the U.S. Department of Health and Human Services, and that alone is what makes it different from drugs and devices.”

Process Had Been Tightened

“In contrast to the H1N1 epidemic (2009), when hospital laboratories quickly set up testing without interference, for coronavirus, FDA prevented them from doing so – instead placing CDC in charge of all testing,” said Klein. “This strategy cost us weeks of testing that may have alerted us to the extent of community spread.”

When the outbreak began, the University of Washington, located near the first identified case, had the capacity of performing 4,000 tests a day, dwarfing the capacity of public health labs, but federal regulations prevented their use, says Klein.

“The FDA stopped them from doing so,” said Klein. “It is a sad example of how overregulation may have contributed to the worsening on the outbreak and deaths from the disease.”

“Clearly, there was a big breakdown at the CDC,” said Haislmaier. “The FDA has [now] issued over forty EUAs, for everything from a handful of academic medical centers with sophisticated labs doing specialized tests, like Yale New Haven or Children’s in Philadelphia, all the way to huge companies working on developing and mass-producing tests that can be used at the point of care.”

Not Just for Emergencies?

Regulatory agencies should look at this experience and consider using the expedited approval process in emergency situations on the individual level and not just for nationwide crises, says Christina Herrin, manager of The Heartland Institute’s Free to Choose Medicine campaign.

“The EUA process is important as it gives authority for the FDA to expedite approval or allow access to unapproved treatments in times of emergency,” Herrin said. “I push this idea further: those suffering with debilitating diseases, day in and day out, need emergency help under normal circumstances as well. If you were diagnosed with amyotrophic lateral sclerosis, cancer, or Alzheimer’s, your number-one priority would be getting a safe and effective treatment as soon as possible.”

Herrin says the cost and complexity of health care regulations have given power to bureaucrats who have no accountability to the people they serve.

“I don’t want to point only to regulatory capture,” Herrin said. “The current process has allowed the federal government to grow so large that unelected officials are making regulations that are equivalent to laws.”

The bureaucracy slows down medical responses, to the detriment of patients, says Herrin.

“Currently, it takes on average twelve years and $2.9 billion to bring a drug from lab to market,” Herrin said. “There is a better solution: Free to Choose Medicine. After a drug passes safety testing, the free market should have more input and access.”

Patients should be more in the driver’s seat because they are closest to the problem, says Herrin.

The Benefits of Freedom in Health Care Decisions
09:53