The Latest Strategy To Deceive Parents 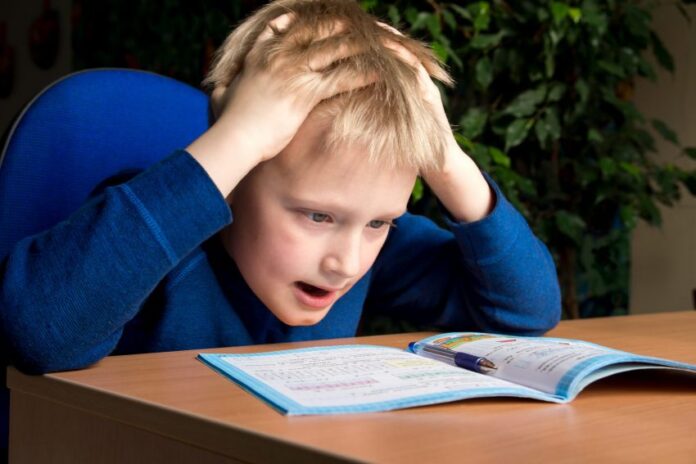 Supporters who want to keep Common Core’s failed standards in place have come up with a new twist for deceiving unhappy parents. First, they point explicitly to Common Core as a failed strategy to increase the academic achievement of low achievers in order to alert parents to what has happened.

They do what seems at first confusing because it is widely known that most parents and teachers (if they felt free to speak their minds) detest Common Core’s standards, tests, and aligned textbooks or readings.  All Common Core’s failings and limitations are real. While the many articles on the decline in student achievement in a Common Core-aligned educational environment tell the truth, there is malice in the schadenfreude expressed about the many disadvantaged kids who have been deprived of the educational equity that Common Core was initially touted as creating.

The strong possibility of public deception is suggested by two phenomena.  First, there has been no media clamor in reports of Common Core’s failures for stronger standards and curriculum materials.

The problems, they and many others claim, lie with the mandated tests — and lack of federal money.  Explicitly, they don’t like “standardized” tests but think “performance-based assessments” would do the trick, even though they are costly, time-consuming, and unreliable.

Some states may seem to be changing their K-12 math and English Language Arts standards right now. But check the details.

In every case, the state plan the U.S. Department of Education bureaucracy approved in 2016 or 2017 is in control. That plan conforms with the Every Student Succeeds Act, which is the title of the Obama administration’s revision of the federal Elementary and Secondary Education Act, performed under the secretary of education at the time, Arne Duncan, who pushed Common Core on all 50 states.

In other words:  Even relatively new state tests (under the Every Student Succeeds Act) are compatible with Common Core’s original standards.

Every state department of education knows that, even if the public still doesn’t know who wrote the Every Student Succeeds Act and who paid for it.

But ways to strengthen the K-12 curriculum are available. Most of the old pre-Common Core standards (meaning pre-2009) are still available even if archived away.  (One example is  Massachusetts’s original pre-2009 standards.)

Or states could do what many countries like Finland have always done at the high school level:  (1) create syllabi (course outlines showing content and readings to be taught) for all the courses that students are required to take in high school for their particular curriculum program (in Finland, there may be over seven to choose from) and (2) also require all students who want to go on to a four-year college to take a “matriculation” test.

If states like Massachusetts do this, the governor or secretary of education has to ensure that the committees creating syllabi for high school courses consist of experts in both pedagogy and content, such as classroom teachers in grades 11/12 and college professors who teach math and science to freshmen in engineering schools.

If high school syllabi (or standards) are created by school administrators or teachers for learning disabled or low-achieving students below grade 11, they are useless and invalid. They will be Common Core standards warmed over. (On that point, see here, here, and here.)

In the meantime, the Heritage Foundation seems to think that removing cabinet-level status from the U.S. Department of Education will cure the ailments to public education inflicted on public education by the Gates Foundation. Making the federal education department a lower-level agency, it claims, will enable parents to regain control of the local K-12 curriculum.

How this miracle would remove the damage the Common Core project has imposed on public education is anyone’s guess. But if both “conservatives” and “liberals” support the idea, like the “lockdown,” it will happen and in another decade we will all wonder why this country chose to shoot itself in the foot.

Sandra Stotsky, former senior associate commissioner at the Massachusetts Department of Elementary and Secondary Education, is professor of education emerita at the University of Arkansas. She is a policy advisor to The Heartland Institute.

Sandra Stotskyhttps://www.heartland.org/about-us/who-we-are/sandra-stotsky
Sandra Stotsky is professor of education emerita at the University of Arkansas, where she held the 21st Century Chair in Teacher Quality.