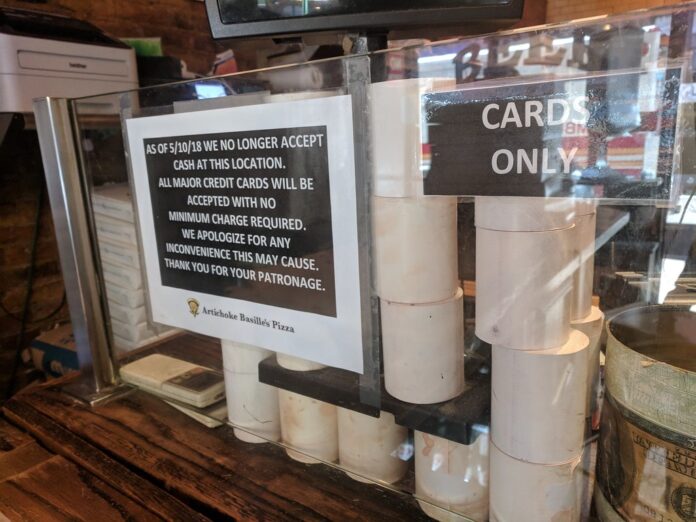 Retailers are asking customers to use credit or debit cards, and some are refusing to make change in coins. They say it’s because of the novel coronavirus. The virus may be playing a part, but there’s more to the coin shortage.

With all this uncertainty, people are looking to minimize risk wherever practical. Retailers monitor the number of customers in their stores, and they install plexiglass screens between staff and customers at checkout counters. Once people become concerned about virus on coins, regardless of whether this is a valid concern, management has to deal with it. Especially if discontinuing the use of coins saves money.

The cost of pennies is not simply the loss to the U.S. Treasury in producing them (i.e., their cost minus the face value of the pennies produced). It’s the entire cost of producing pennies plus the time spent by people who use pennies. The first part (cost of production) can be thought of as the explicit cost, and the second part (time cost) the implicit cost. The cost is supposedly warranted because it allows greater precision in pricing goods and services.

However, as with everything else, there is a point of diminishing returns. At some point, the cost of precision comes to be more than the benefit of precision. This balancing of marginal benefit and marginal cost is ubiquitous.

The explicit cost (or, the production cost) of the penny is about $250 million a year, about two-thirds of which is recovered by the U.S. Treasury in the face value of the coins.

The implicit cost (or, time cost) is a bit tougher to calculate. On average, it takes a store clerk two seconds more to handle a transaction involving pennies. At $15 per hour, this means a transaction involving pennies is 1 cent more costly to process. Considering the number of cash transactions per year, about 80 percent of which involve pennies, the additional cost of transactions due to continued use of the penny is about $250 million a year, or $500 million if the time of the customer is also considered.

Now, what is the value of the greater precision gained by the use of pennies?

Precision depends, in part, on the number of digits of precision used in pricing. Are prices going to be stated to the penny or to the nickel? The idea is that prices will continue to be quoted to the penny, and only payments made on the total of cash transactions will be rounded to the nickel. Totals ending in one or two cents would be rounded down to zero, and totals ending in three or four cents would be rounded up to five. Totals involving purchases of three or more items appear to be uniformly distributed, so both stores and customers should break even, on average.

Pennies have already been partially demonetized in the United States, in that most vending machines do not accept them.

The pennies currently in circulation represent an attempt to offset the effect of inflation on the one-cent piece. For a long time, the U.S. government made a meaningful profit minting pennies. Then came the inflation of the 1960s and ’70s.

With inflation, the melt value of the penny was rising to an increasingly large fraction of its face value. So, in 1982, the government started issuing a new, mostly zinc penny. The new penny is electroplated with copper and about the same size and weight, and so it is evocative of the legacy coin.

Because of the work involved in producing the penny, especially the electroplating, it costs much more to produce than the zinc and copper of which it is composed. The copper electroplated-zinc penny might have made some sense in 1982, but it makes no sense today.

The nickel got its name from its distinctive metal. As a five-cent piece, the nickel was introduced in 1866, in a coin having the weight and composition that we still have today.

This coin was very profitable to produce for a long period of time. Then the cumulative effect of inflation reduced and eventually eliminated the profit. Even disregarding the work involved in production, the coin was a loser in 2018. Taking the work into account, it remains a loser today. Only the government can get into the counterfeiting business and lose money.

Nobody is talking of eliminating the five-cent piece. But there is considerable talk of changing its composition. Several other countries that have or have had nickel coins have reduced or altogether eliminated their nickel content.

Quarters (and other silver coins) deserve a bit more discussion. In part, this extended discussion recognizes that the United States was founded as a silver standard country (and only shifted to a gold standard in 1834).

Silver coins became mere subsidiary coins (meaning maintained in value by their limited issue and free convertibility into gold), under the post-Civil War resumption of the gold standard in 1879. For a long time, the melt value of these coins was a small fraction of their face value.

Early during the inflation of the 1960s and ‘70s, silver jumped in value, and the government quickly replaced the silver quarter with the silver-copper sandwich quarter. The new sandwich quarter was initially quite profitable to produce but, with the relentlessness of inflation, its profit margin has been squeezed.

Through deft use of base metals, the U.S. coinage retains a resemblance to its legacy coinage. But no matter the electroplating and the sandwiching, the reality of inflation cannot be covered over any longer. Our two smallest-denomination coins cost more to produce than they are worth, and the penny burdens our transactions with tedious calculations. Temporarily, due to the virus, some of our businesses are suspending dealing in coins. Perhaps soon we will replace our fake legacy coins with coins that make sense. 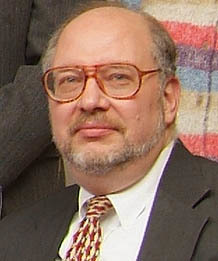 Clifford F. Thies
Clifford F. Thies is the Eldon R. Lindsay Professor of Economics and Finance at Shenandoah University. He received his Ph.D. in economics from Boston College.