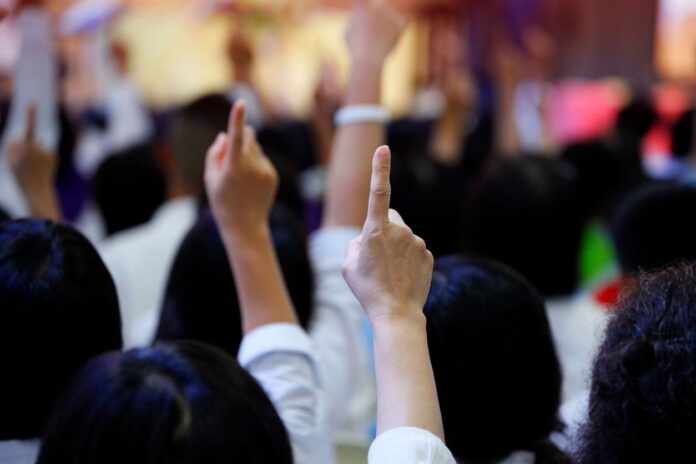 In many ways, the election of President Donald J. Trump represented a challenge to, if not an outright repudiation of, the philosophy of governance by subject-matter experts that has characterized the administrative state.

Over time, government power has increasingly become centralized in administrative agencies, which have been called upon, or have taken it upon themselves, to make policy decisions impacting broad swaths of American society. Ostensibly, this was necessary because of supposedly unique bureaucratic competence to address arcane technical matters. It appears, however, to have been as much the result of conscious congressional abdication of responsibility for politically difficult public policy choices.

At no time has the public’s skepticism toward expert rule seemed more justified than during the COVID-19 pandemic. We began the epidemic in the United States with our largest and most prestigious public health agency, the Centers for Disease Control and Prevention (CDC), reassuring the country that the coronavirus had barely reached our shores and was not disseminating here. We subsequently learned the opposite was true.

As the virus continued to spread undetected, precious weeks were lost before we could take measures that might have contained or slowed the burgeoning epidemic. Perhaps just as important, we relinquished the opportunity to gain knowledge about the characteristics of the disease—its severity, its lethality, and its level of transmission—because of a U.S. Food and Drug Administration (FDA) decision to place clinical diagnostic testing exclusively in the hands of the CDC (see related article, page 9).

In an outcome reminiscent of the failures of central planning in the former Soviet Union, socialized testing did not turn out well. Public health labs were unable to validate CDC’s contaminated reagents and could not deploy the agency’s tests. As a result, little testing took place in the United States until the FDA opened the field to private laboratories and in vitro diagnostic test vendors in late February and early March.

At this point, the clinical laboratory industry rapidly ramped up to perform millions of tests—an unprecedented and astounding feat that was a testament to the dedication and ingenuity of the skilled professionals in the industry and demonstrated the great heights to which Americans can soar when left to do their jobs unencumbered by the redundant and unnecessary “protections” of a largely ineffectual bureaucracy.

We were warned the SARS-CoV-2 virus kills 3 or 4 percent of those it infects, and that we could expect more than two million Americans to die from it. But even subsequent speculation of a 1 percent death rate never made sense. The estimates were derived from limited, faulty data, and the case and fatality numbers were obtained by testing mostly the sickest patients.

The CDC now estimates the infection fatality rate of SARS-Cov-2 at a more influenza-like level of less than 0.3 percent: less than three of every 1,000 infected people. Moreover, deaths are heavily concentrated among the sick elderly, with the overwhelming number of infected individuals experiencing mild illnesses or no symptoms.

The “expert” mathematical modelers who projected millions of deaths also told us we would need thousands of ventilators and would run out of hospital beds and supplies as “doctor-gods” chose who would live and who would die through allocation of grossly insufficient health care resources. Despite admitted problems in uniquely population-dense New York City—with its heavy reliance on public transportation and large numbers of low income, multigenerational households living in small quarters—the doomsday scenarios never came to pass.

Instead, nearly 60 percent of states still have fewer than 1,000 attributable fatalities. Residents of inadequately protected long-term care facilities account for about 40 percent of deaths nationally and much higher proportions in some states.

In epicenter New York, a gubernatorial executive order sent more than 4,500 recovering COVID-19 patients to vulnerable nursing homes to avoid discrimination against those infected and to preserve hospital beds that were never needed. This move almost certainly resulted in the unnecessary deaths of perhaps several thousand elderly residents.

Politicians and public health officials imposed Draconian economic lockdowns, initially with the laudable short-term goal of avoiding overload of the health care system. But these restrictions were unjustifiably and indefinitely prolonged without supportive empirical data, to “save lives.” Unemployment skyrocketed to Depression-era levels, not because of the virus but because of expert-directed action that confined people to their homes and left them unable to work as politically designated nonessential businesses were shuttered.

Lack of money and home confinement, at times with significant numbers of people crowded into small spaces, set the stage for mass protests, riots, and looting. These activities were defended by the same public health experts who had just warned us against leaving our houses and who had imposed and encouraged jailing of the dangerous rebels who dared open their businesses in order to feed their families. They did this while simultaneously recommending the release of convicted criminals to prevent them from contracting what for most turned out to be a harmless disease.

The 180-degree turn from explicit instructions not to wear face masks to legal mandates to don them is but one of many examples of expert-directed authoritative pronouncements that were reversed without adequate explanation. Most recently, economic experts told us another four million jobs would be lost in May. Instead, the United States experienced its largest single month of job gains in our history, amid a falling unemployment rate.

Is it any wonder ordinary Americans are confused and distrustful of the overconfident, smooth-talking experts who hold so much power over their economic and social destinies? Vigilance in guarding against arbitrary or unwarranted regulatory encroachments is essential to the preservation of a free society.

Roger D. Klein, M.D, J.D., is a faculty fellow at the Center for Law, Science, and Innovation at the Sandra Day O’Connor School of Law at Arizona State University, an expert in molecular oncology and regulatory policy, and a policy advisor to The Heartland Institute. This commentary is adapted from remarks delivered on June 12 before The Federalist Society.