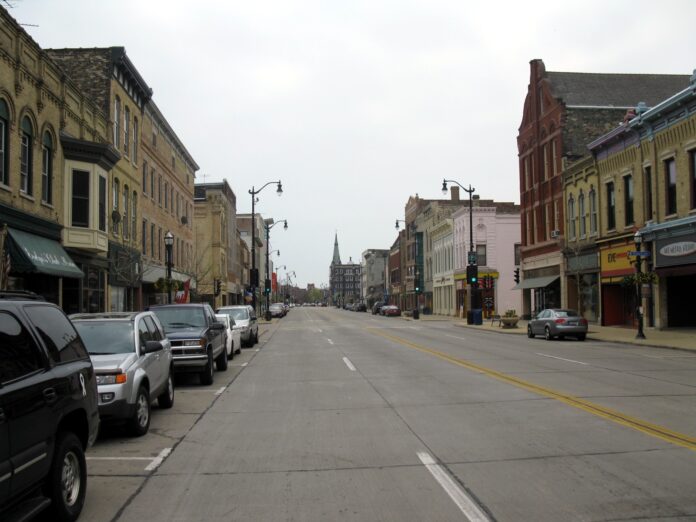 A proposal in play in Racine County in southeastern Wisconsin would enact a .05 percent sales tax—five cents on every ten dollars of purchases—and share half the proceeds with local cities, villages, and towns.

Proponents of the tax argue that the state is too reliant on property taxes and the state government’s limits on local property tax increases prevent localities from raising taxes quickly.

The City of Racine, Mount Pleasant Village Administrator Maureen Murphy, and “other area leaders” want the County Board to approve the tax, which is allowed under state law, the Racine County Journal-Times reports.

The proposed tax would cost the average person in the county nearly $100 per year and would raise $18 million a year in new revenue, which the county would split 50-50 with local governments.

The tax would be added to Wisconsin’s state sales tax of 5 percent, or five cents per dollar of purchases. Sales taxes in the state do not apply groceries and other necessities.

Racine County is one of only four of the state’s 72 counties that do not have a local sales tax. Under state law, a county can impose a sales tax of up to 0.5 percent without a voter referendum.

The Journal-Times editors acknowledge the concerns about tax diversity, writing, “in truth, Wisconsin is highly reliant on the property tax—it ranks highest of 12 Midwest states and seventh in the country.”

The editors go on to note, however, “a 0.5 percent sales tax isn’t going to change the taxing profile very much.” In addition, they state, “one of the strengths of tax revenue that relies on property values is that it doesn’t change much. Sales tax revenues can rise and fall sometimes quickly as the COVID-19 retail sales plummet showed us this year.”

The latter point has been demonstrated during the coronavirus lockdowns, as the editors note, with the abrupt decline in sales tax revenues creating huge budget headaches for states and localities dependent on them.

The paper’s editors express further concern that the new tax is simply a tax increase, not an honest effort to diversify the county’s tax base:

“Lacking that, the sales tax proposal is simply a tax increase which would cost county residents about $91 a year—although some of that would likely be paid for by out-of-county residents who make purchases here.”

The proposal does not include any offsetting reduction of property taxes, the editors note.

Instead, local governments would be free to decide how to use the money:

“Nothing in the proposal would encumber any of the towns, villages and cities on where the money would go in future years,” the editors write. “Our fear is that instead of offsetting property taxes to ‘diversify’ municipal revenue sources these dollars would simply end up in little honey pots of extra money to be spent wherever municipal leaders want.”

The decision remains in the hands of the Racine County Board, with some local officials urging the board to impose the tax increase while others express skepticism toward the plan.