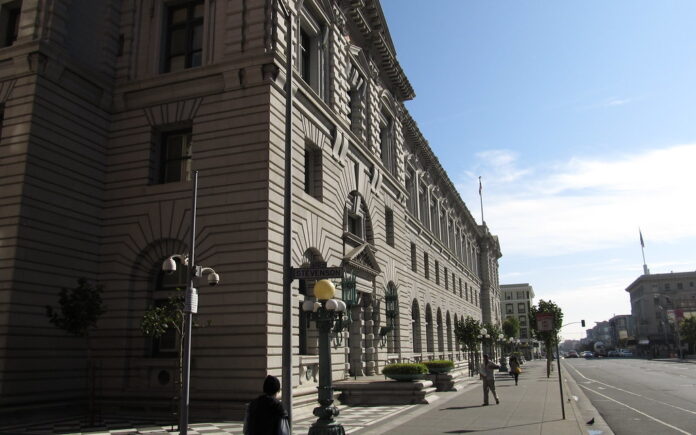 The Ninth Circuit Court of Appeals unanimously threw out an antitrust ruling in a case brought by the Obama adminstration against Qualcomm.

The lower court had ruled that Qualcomm’s chip patents constituted a monopoly which had to be remedied by antitrust action, even though all patents are monopolies by nature.

“A three-judge panel of the U.S. Court of Appeals for the Ninth Circuit reversed a 2019 ruling by a federal judge who found that Qualcomm had abused its monopoly position in wireless chips and overcharged mobile phone makers for its patents,” the Times reports.

The ruling was bipartisan and unanimous, though the story by the eternally pathetic New York Times did not mention that.

“The Federal Trade Commission had sued Qualcomm in 2017 over the issue.” The Times story fails to report that the lawsuit was filed on January 17, a mere three days before the Obama adminstration left office.

With a 2-2 commissioner tie at the FTC under President Donald Trump, this stupid lawsuit  shambled on throughout Trump’s first term because Trump’s FTC couldn’t vote to end it. Just another example of how excruciatingly pathetic our monstrous bureaucracies are.

“The District Court judge, Lucy Koh, sided with the F.T.C. in May 2019, issuing a 233-page decision that could have forced Qualcomm to renegotiate its licensing contracts with phone makers and license its technology to rival chip makers,” the Times reports.

The Obama FTC’s lawsuit was exceedingly ridiculous, as was Koh’s decision siding with them, as we repeatedly documented at the time of its making:

The Egregious Damage One Activist Judge Can Do

“The Constitution and existing law are on Qualcomm’s side,” I wrote in the last item in the list above. “So too is at least one precedent Supreme Court ruling. So too is decades of industry precedent.

“Judge Koh threw ALL of that out the window.  And instead—all by her onesies—unilaterally rewrote the entire licensing system for the entirety of the United States patent market.

“That isn’t judicial overreach at all.

“Judge Koh pretended a patent is a ‘monopoly’—and thus an antitrust violation.

“Ummm … a patent is a grant ‘to Authors and Inventors the exclusive Right to their respective Writings and Discoveries,’ per the Constitution of the United States.

“‘Exclusive right’ means no one but you has that right. You—all by yourself—is a ‘monopoly.’  Per the Constitution.

“Suing Qualcomm’s patents for being a ‘monopoly’ is like suing Shaquille O’Neal for being tall. You’re suing something for being exactly what it is supposed to be.

The Ninth Circuit just unanimously agreed with that commonsense conclusion and completely blew up the Obama FTC’s case and Judge Koh’s ruling. And the appeals court judges didn’t need 233 pages to do it:

“First, Qualcomm’s practice of licensing its SEPs exclusively at the OEM level does not amount to anticompetitive conduct in violation of § 2, as Qualcomm is under no antitrust duty to license rival chip suppliers.

“To the extent Qualcomm has breached any of its FRAND [fair, reasonable, and non-discriminatory licensing] commitments, a conclusion we need not and do not reach, the remedy for such a breach lies in contract and patent law. Second, Qualcomm’s patent-licensing royalties and ‘no license, no chips’ policy do not impose an anticompetitive surcharge on rivals’ modem chip sales.

“Instead, these aspects of Qualcomm’s business model are ‘chip-supplier neutral’ and do not undermine competition in the relevant antitrust markets.

“Third, Qualcomm’s 2011 and 2013 agreements with Apple have not had the actual or practical effect of substantially foreclosing competition in the CDMA modem chip market.

“Furthermore, because these agreements were terminated years ago by Apple itself, there is nothing to be enjoined.

“We therefore REVERSE the district court’s judgment and VACATE its injunction as well as its partial grant of summary judgment,” the court wrote.

Emphasis theirs. For those not versed in legalese, this is the Ninth Circuit dropping a nuclear bomb on the whole nightmare mess Obama and Koh had foisted upon Qualcomm, the courts, and all the rest of us.

Also, if you still bizarrely doubt the Deep State and its multitude of swamp creatures are an actual thing, here is what the current FTC said about the ruling:

“‘The court’s ruling is disappointing and we will be considering our options,’ FTC Bureau of Competition Director Ian Conner said in a statement.

Trump is currently running for his second term, and he’s still stuck with anti-constitutional freaks like this guy at his FTC.

Please, Mister President, get rid of this guy.

As this case and the FTC competition director’s reaction show, the Deep State permanent bureaucracy continually works to frustrate the will of the president, the Congress, the courts, and the public.

Until all four of those groups, especially the first three, take up the task of reining in this permanent, unelected, self-styled first branch of government, injustices like the FTC’s Qualcomm suit will continue to be the order of the day.