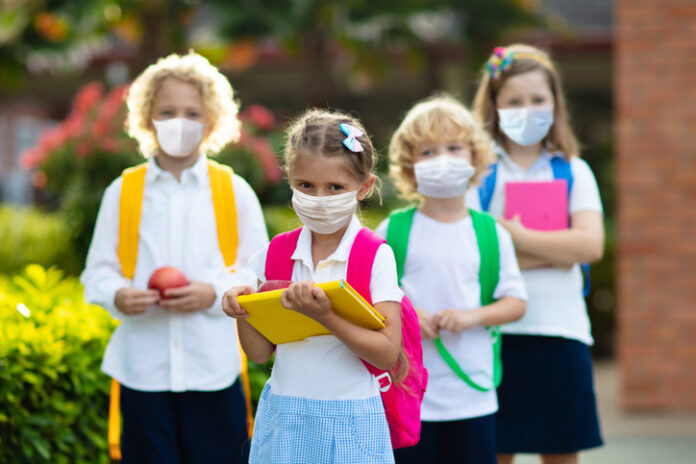 The Iowa State Education Association (ISEA) and the Iowa City Community School District are seeking to block enforcement of Gov. Kim Reynolds’ proclamation requiring at least 50 percent of classes be held in person within school buildings throughout the state during the COVID-19 pandemic.

The lawsuit is the latest battle between a growing number of Iowa school districts and the governor and the state Department of Education over returning to school in coming weeks.

ISEA President Mike Beranek said the union is asking the court to “immediately declare local school districts, not the governor, have the authority to make local decisions affecting the health and safety of their schools,” reported the Des Moines Register.

Last week, Iowa City’s school board voted unanimously to join a lawsuit being filed by the Iowa State Education Association against Gov. Kim Reynolds over the in-person learning requirements, though it also decided the district would comply with the 50 percent in-person instruction mandate.

Brady Shutt, president of the Iowa City Education Association, an ISEA affiliate, said, according to the Register:

“We strongly believe the COVID-19 pandemic has reinforced the critically important right and need of local authorities and locally elected officials like our school boards to do what is right for the health and safety of their community. Late in the game proclamations and guidance like we have seen from the state of Iowa have the effect of imposing a one size fits all approach at the very moments when local decision-making should be protected and prioritized.”

Under a directive issued earlier this month by the state’s education agency, a county must show heavy student absenteeism and at least two weeks of an average 20 percent COVID-19 positivity rate among students who have been tested to be eligible for applying for a state waiver to close cafeterias, libraries, and cancel or postpone a range of school events, including sports events. For a school district to be eligible for remote learning, that rate must measure at a 20 percent average or more, explained the Washington Times.

The union states the 20 percent standard is too high. The organization is pushing for a positivity rate of 5 percent, as recommended by the World Health Organization.

At a recent press conference, the governor took issue with a question about whether a child or teacher getting sick is inevitable.

“This is part of the problem, the scare tactics that’s being laid out by the media,” Reynolds said. “We have an obligation to these children; a lot of times it’s the underprivileged that are already left behind.”

“What we’re doing to these kids is unconscionable, the fear that we’re instilling in them,” Reynolds said. “And so I think we all have a responsibility to do better, including me. And we can, and I’m working on it every single day because come hell or high water, we’re gonna get through this.”

An affiliate of the National Education Association (NEA), the ISEA represents about 30,000 teachers.

This article first appeared at American Greatness and is republished with permission.