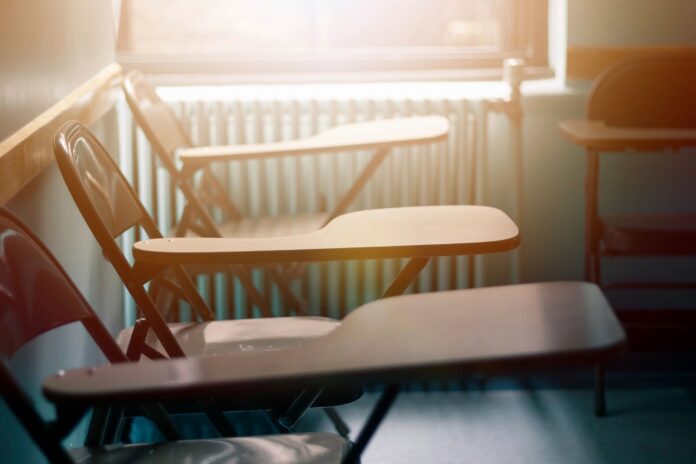 It turns out large school districts can keep their doors open this fall without kowtowing to union demands. Detroit Public Schools Community District Superintendent Nikolai Vitti deserves praise for holding his ground to forge an agreement that respects the choices of parents and teachers.

Detroit parents who prefer in-person learning represent a minority view. However, the superintendent found a way to preserve that option, even as districts like Lansing, Grand Rapids, Ann Arbor and many in neighboring Oakland County folded under union pressure.

Nowhere in the state has that pressure been stronger than in Detroit. On Aug. 19, the Detroit Federation of Teachers voted to authorize a strike that would prevent children from returning to in-person learning. An overwhelming majority of 91 percent of the union’s teachers voted to support this measure, even though such strikes are illegal under Michigan law. By planning a strike, the union showed that educating children is far less important to it than solidifying power.

The DFT attempted to justify the illegal strike under the guise of safety, but its own demands undermined that argument. The most egregious demand was that in-person learning for all students be restricted until Southeast Michigan is in phase 6 of Gov. Gretchen Whitmer’s safe start plan. Phase 6 doesn’t begin until there is a “high uptake of an effective therapy or vaccine,” and “community spread is not expected to return.” Given that the fastest vaccine ever to be approved spent 4 years in development, that demand would have amounted to eliminating in-person schooling for years to come.

Those demands could not stand. It’s hard to calculate just how detrimental the effect would have been on many Detroit students who are already far behind. Other union demands included not requiring any employee to work in-person, offering unlimited sick leave for those who merely suspect they were exposed to COVID-19, giving hazard pay to employees who opt to do in-person work, and ending tax incentives for development projects. The union made these demands even as it recognized that “[r]esearch continually demonstrates that exclusively online learning is particularly harmful for young children.”

The union’s agreement with the district provides for protective equipment for teachers, social distancing measures, free virus testing and even the option to work in the virtual format, so long as teachers agree to receive professional training in online instruction. If the DFT had its way, educators like Alaina Larsen couldn’t return to class, even if they wanted to. Larsen, a district fourth-grade teacher, recently said: “We owe our community that works, that are essential workers, we owe them that choice of face-to-face.”

Michigan’s distribution of federal funds curtailed the ability to preserve an in-person learning option without redirecting district resources. The school district received almost a quarter of the state’s CARES act relief, a full $28 million of which was set aside for safety equipment and services. At the same time, the district also granted new teachers a 33 percent raise and current teachers a 25 percent raise. The agreement further sweetened the pot with a $750 bonus for instructors who come back to the classroom.

Detroit could not have afforded to cave to DFT’s demands. Its district has historically operated the worst-performing schools in the nation. Many parents are not free to work from home or can’t afford the child care necessary for their children to work remotely, and some children just need a secure place to be during the day. It was therefore imperative for the school district to ensure access to in-person learning.

But the state should also find a way to support families who embrace online charter schools, homeschooling, or learning pods. Michigan can’t afford for students to fall further behind. And no one option works best for all students.

Thankfully, as the 2020-21 school year gets underway, the Detroit district will offer classroom space to those who want it, while avoiding the unwanted spectacle of a teacher strike. Its leaders have offered parents an in-person learning option, showing other districts the way to put students first.

Originally posted at the Mackinac Center for Public Policy. Republished with permission.