Author’s note: I’m sharing another chapter from my upcoming book Think Right or Wrong, Not Left or Right: A 21st Century Citizen Guide, in response to events that have transpired over the last few months. Earlier plans for prepublication this summer have moved to the holiday season because some valuable feedback resulted in my rewriting parts of the original draft. Having brilliant friends and acquaintances has both its advantages (quality) and disadvantages (time). But look forward to a hot stocking-stuffer item.

Racism is the oldest and most primitive form of collectivism. It has probably been around since homo sapiens first ran into the neanderthals and decided that we were better than they, based on looks and behavior. Prejudice casts a wider collectivist net that includes, but is not limited to, irrational bias based on race.

“Prejudice is an affective feeling towards a person based on their perceived group membership. The word is often used to refer to a preconceived, usually unfavorable, evaluation of another person based on that person’s political affiliation, sex, gender, beliefs, values, social class, age, disability, religion, sexuality, race ethnicity, language, nationality, beauty, occupation, education, criminality, sport team affiliation or other personal characteristics.”

A collectivist categorizes people by their group membership (or memberships) rather than by their individual traits. To the collectivist, your skin color, gender, age, class, or other group-based characteristic fundamentally defines who you are, rather than the virtues and vices you possess as an individual.

Collectivists subscribe to the idea that your individual rights—your rights to life, liberty, property, and the pursuit of happiness—are subordinate to the alleged “rights” of the group or groups. They have a hard time breaking out of the “group-think” mentality. Therefore, when perceiving that the alleged “rights” of a certain group are violated because of racial or other prejudicial bias, they unfortunately prescribe more of the same medicine.

Take the example of a private[1] college’s admission process resulting in a racial composition of the student body that diverges from the composition of the population as a whole. Race-centered collectivists are likely to argue that the underrepresented race or races are discriminated against, and that their rights as a group have been violated. It rarely matters if the admission process is based on rational standards such as academic or other achievements, if some arbitrary standard laid down by the founders is the cause of the disparity, or if it can be explained by other reasons. For race-focused collectivists, it is enough that the racial composition of the student-body is “off.”

Their default remedy is typically race-based quotas guaranteeing a proportional share of spots for the underrepresented race. But quotas discriminate against people of different ethnic background who now see their chances for admission reduced regardless of their qualifications. The “pro-quota” collectivist may think he has solved the discrimination against the race he’s concerned about, but he has just shifted the discrimination to another race—he has “solved” racism with more racism.

Substitute gender, class, age, disability, religion, or some other group construct for race, and you can see how across society group-against-group “rights” clashes are perpetuated and will escalate if not counteracted.

With its roots in collectivism, a statist social system, whether welfare statist or totalitarian, institutionalizes this group warfare. Government becomes a tool for implementing laws and regulations favoring different collectives or groups. Continuing with the college admission example, government higher education funding may become tied to implementing admission quotas, or such quotas may become law. As a result, racism becomes institutionalized.

An individualist, on the other hand, judges you not by the color of your skin or any other nonessential group membership characteristic, but by the content of your character, to paraphrase Martin Luther King. Individualists see you as an independent, sovereign person who has the right to your own life, while recognizing that others have the same right to theirs. They subscribe to the idea that individual rights are the only rights, and that a group or collective cannot have any rights apart from the individual rights of its members.

Returning to our college admissions example, individualists acknowledge that a private college has the right to set its admission standards as it sees fit. If they consider the standards irrational (for example, truly racist), and if the cause is important to them, they may individually or as an ad hoc group with shared values advocate for change. They may try to persuade their fellow men and women to join the cause and, using the court of public opinion, put pressure on the college, and on its donors and alumni, to change the standards.

Individualists don’t resort to asking the government to step in, because that would violate the rights of the college to determine its admission standards, however irrational they may be.

Capitalism is the individualist social system. We’ve discussed [earlier in the book] that under capitalism the only role of government is to protect our individual rights. And we explained when covering political equality that the limited role of government under capitalism ensures that special-interest groups have no power to exert pressure on politicians to further their agendas. Therefore, society doesn’t run the risk of institutionalizing irrational ideas rooted in racism and prejudice.

However, it is important to note that capitalism most likely doesn’t eradicate racism and prejudice, at least not in the short term. Individuals have the right to adopt irrational ideas, and capitalism allows them to act on those ideas so long as they don’t violate the individual rights of others.

For example, under capitalism a restaurant owner has the right to limit his clientele to whites only (or blacks only, or Jews only, etc.). But if he’s renting his building, the conditions of his lease may prevent such limitations; if a few such examples pop up around the country, landlords are sure to modify their terms to avoid potentially embarrassing tenants. And most suppliers will steer clear of this restaurant owner for fear of taking a hit to their reputation. Under capitalism, a racist restaurant owner may not change his mind, but to survive and thrive as a business owner, he will most likely keep his views private.

Under a capitalist social system, this dynamic permeates society across industries and fields of study. Just as capitalism over time rewards the most rational and productive business ideas, so it rewards the most rational and productive views and beliefs. And just as capitalism relegates businesses that cannot compete to the fringes, so does it relegate to the fringes of society irrational views and beliefs facing overwhelming competition from rational ideas.

Capitalism is the only social system that over time realizes the promise of a color-blind and nonprejudicial society.

[Republished with permission from Separate!] 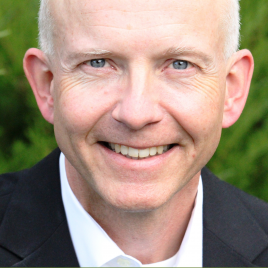 Anders Ingemarson
Anders Ingemarson is the Editor and COO (Chief Opinionated Officer) of SEPARATE! (separatestateandtheeconomy.com). He is a native of Sweden and American by choice. He immigrated in the mid-1990s and became a U.S. citizen in 2002. He is a staunch champion of individual rights and Capitalism, and an admirer of America’s founding principles. Anders is an IT professional by day (and sometimes by night). He divides the remainder of his time between writing, advocacy, enjoying the great outdoors – skiing, hiking, golfing – with his wife Maria, and spending time with like-minded and not so like-minded friends and acquaintances. Anders’ articles have been published in RealClearMarkets, American Thinker, The Federalist and The Objective Standard. He makes guest appearances on talk radio and speaks about the moral case for separating state and the economy and related topics to freedom and liberty minded audiences. Other tidbits: BA in Finance, Economics and Management from Stockholm School of Economics. M. Ed. in Primary Montessori Education from The Washington Montessori Institute at Loyola College in Maryland. Graduate of the Leadership Program of the Rockies incl. finalist for the Defenders of Capitalism Award. Toastmaster International Competent Toast Master (CTM) and Competent Communicator (CC) certified.