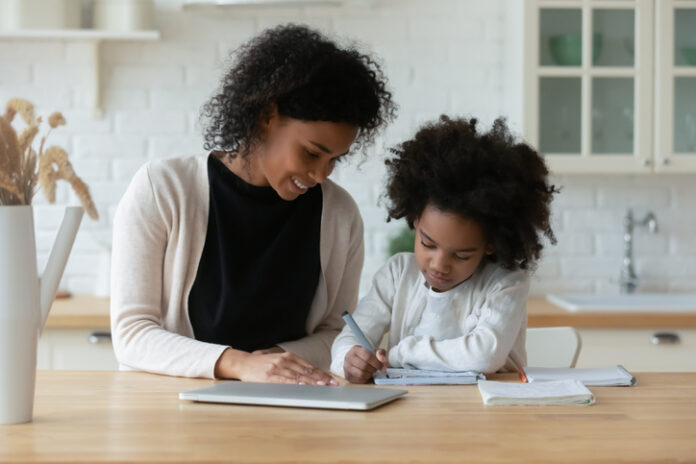 With many schools across the country shuttered due to Covid-19, the woke zealots are in a bit of a snit. They can’t indoctrinate students with their one-sided radical views in the traditional classroom because, well, there is no classroom. Doing it online, you see, can be problematic. Just ask Matthew Kay.

Kay, a high school English teacher in Philadelphia, is frustrated because online learning has hindered his ability to accomplish his “equality/inclusion work.” He explained the problem in a tweet: “If we are engaged in the messy work of destabilizing a kids [sic] racism or homophobia or transphobia – how much do we want their classmates’ parents piling on?”

While the ravings of one progressive ideologue can be sloughed off, the woke mob’s infiltration of our institutions cannot be ignored. An anonymous California teacher says her professional training included material based on so-called critical race theory, which argues that “racism is a permanent component of life in the U.S.” and “the origins of property rights in the United States are rooted in racial domination.”

Not to be “outwoked,” Laurie Rubel, a math education professor at Brooklyn College in New York, insists that cultural neutrality in math is a “myth” and says that acknowledging that 2 plus 2 equals 4 “reeks of white supremacist patriarchy.”

Not surprisingly, the teachers unions are at the forefront of the woke brigade. On its website, the California Teachers Association claims that white privilege “operates at every level of society and is held together by a sophisticated ideology of ‘race’/color supremacy.”

The American Federation of Teachers delegates passed “a raft of bold, progressive resolutions” at its convention in July. Supporting transgender, nonbinary, and gender-nonconforming workers; maligning for-profit health care; supporting the Green New Deal; claiming that President Donald Trump is “openly establishing himself as a despot” et al., ad nauseum, were part of the onslaught.

It’s important to note that while the teachers unions’ progressive agenda does not officially become curriculum, it certainly has an impact on what many teachers teach. On the other hand, individual states do mandate what children learn. And the wokesters have big plans for California, where Assemblyman Jose Medina’s AB 331 would add an ethnic studies course to the state’s high school graduation requirement, beginning in 2024.

The ethnic studies debate has been percolating for some time in the Golden State. A year ago, the California Department of Education released proposed ethnic studies guidelines for high schoolers. That hideous draft was shelved in September 2019 once many groups railed against its anti-capitalist, anti-Semitic bias. Armenians, Greeks, Hindus, Koreans, and other ethnic groups also were angry and called for changes. Terms like “hrxstory” (women’s history) and the old “Jews control the media” canard were a bit too much, even for some on the left.

While the 2020 version of the guidelines is somewhat better than last year’s, there are still many problems with it. For example, capitalism is not presented as a system where free markets flourish but rather a system “controlled by those in power” that ultimately “determines how society is organized and functions.” The Marxist-oriented Black Lives Matter gets an uncritical pass as a “social movement.” Additionally, the draft stresses that the children “will learn about the interlocking systems of oppression and privilege that impact all people of color.”

CalMatters writer Dan Walters points out an ironic and frankly humorous passage in the current version. The draft is loaded with undecipherable mumbo-jumbo, such as the program will help students “conceptualize, imagine, and build new possibilities for post-imperial life that promotes collective narratives of transformative resistance, critical hope, and radical healing.”

At another point, the draft laughably claims that ethnic studies “can help students learn to present their ideas in strong, compelling, jargon-free language.”

While Covid-19 has affected many of our lives for the worse, one positive that could emerge would be if more parents become willing to homeschool and spare their kids from what are all-too-often indoctrination factories. In fact, according to the National Home Education Research Institute, 23 percent of parents who were not homeschooling before the pandemic indicated that they are now “very likely” to do so full-time or part-time, and another 35 percent said they were “somewhat likely” to do so.

If you can’t homeschool, you must visit your child’s school, talk to the teachers, ask questions, and very importantly, check in with your kids daily and deprogram them if necessary. If you don’t, you will enable ideologues like Matthew Kay, who see your child as little more than a blank slate waiting to be molded into a woke robot.