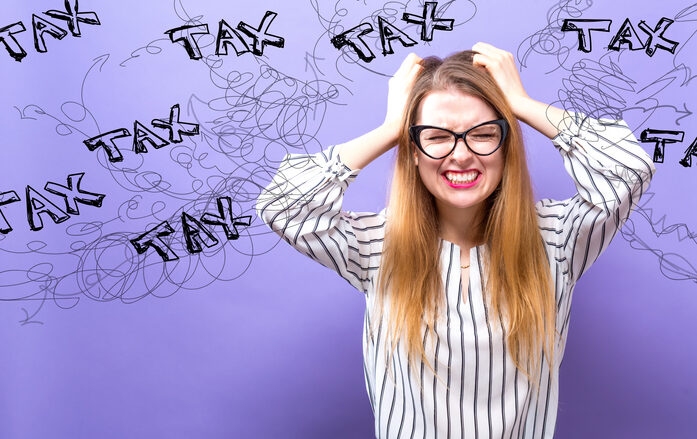 Support for a ballot measure that would raise taxes on higher-earning Arizona residents and small businesses to better-fund public schools saw a drop in support in just a matter of days.

A Suffolk University/USA Today poll asked 500 likely voters from Sept. 26 to Sept. 30 about their support for Proposition 208, which respondents were told “would create a new 3.5% tax surcharge on individuals with income over $250,000 or married couples with income over $500,000 to increase funding for public education.”

Support for the ballot initiative outpaced opposition 47% to 37%, with 15% undecided.

This marks a significant decrease in support for the initiative compared to a Monmouth University Polling Institute survey collected from Sept. 11 to Sept. 15, which showed 66% supported the measure. Opposition polled at 25%.

The key might be how the question is being asked. The pollsters told Arizonans “another measure on the ballot would impose a 3.5% surcharge on income tax rates paid by single filers making over $250,000 and joint filers making over $500,000. The additional funds will be used to hire and increase salaries of teachers and other school personnel. Will you vote for or against this measure?”

Opponents say residents are learning more and liking less about the measure.

“The decline demonstrates that support is plummeting for the largest tax increase in Arizona history,” said Scot Mussi, president of the Arizona Free Enterprise Club, a nonprofit policy group that opposes the ballot initiative. “Support was always soft, but as people learn more about the measure, they’re coming out against it.”

The initiative has seen significant fundraising on both sides.

Campaign finance records show Invest in Education, the committee formed to support the measure, had raised $4 million as of the end of the second quarter that ended in July. Opposing them is Arizonans for Great Schools and a Strong Economy. Election spending records show they have amassed hundreds of thousands of dollars as well.

“Our opposition campaign is going to keep its foot on the gas,” said Garrick Taylor, spokesman for No on 208. “With the proponents’ support falling below 50%, it’s evident that our message about just how destructive Proposition 208 will be for Arizona’s economy—especially our small businesses—is taking hold. It’s probably why the tax-hike proponents are no longer defending their initiative on its merits and instead have launched a series of personal broadsides against our campaign chairman. Arizona voters know that hiking the top income tax rate by nearly 80% in the middle of a pandemic is terrible policy with even worse timing. We’ve got a long way to go, though, before Election Day. We’ll keep working hard.”

If enacted, Proposition 208 would add a 3.5 percent tax on individuals earning more than $250,000 or couples filing jointly making more than $500,000. Opponents point out that the increase amounts to a 77% tax hike, which would apply to businesses filing as pass-through entities as well.

The additional tax revenue generated if the measure passes, estimated to be $940 million annually, would be split between paying new teachers and other classroom personnel, grants for career and technical services, programs to retain new teachers, and tuition grants for future educators.

[Originally published at The Center Square. Republished with permission.]

Cole Lauterbauch
Cole Lauterbach reports on Illinois and Arizona government and statewide issues for The Center Square. He has produced radio shows for stations in Central Illinois and created award-winning programs for Comcast SportsNet Chicago.