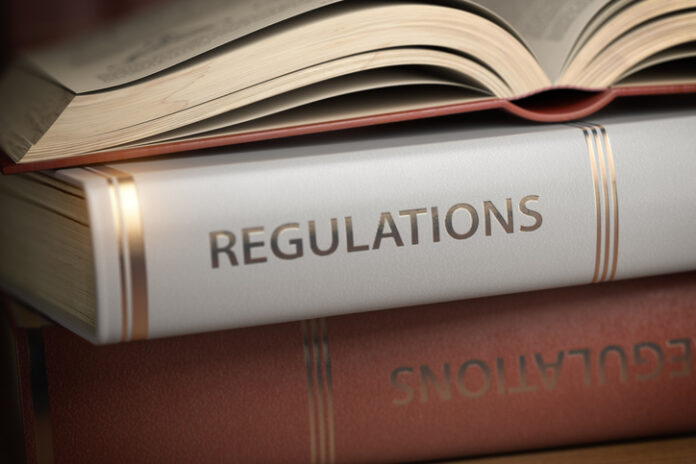 As the COVID-19 pandemic swept across the nation, government officials at all levels began suspending rules and regulations that hindered the response to the crisis.

The logic behind the government’s web of rules and regulations is that it makes the public safer. However, the pandemic has called that conventional thinking into question, says Matthew Mitchell, senior research fellow and director of the Equity Initiative at the Mercatus Center at George Mason University.

“In some cases, we have 30 years of research showing that regulations do not enhance public safety,” Mitchell told Health Care News. “We’ve known for quite some time, for example, that in many fields, occupational licensure does not seem to be associated with higher-quality service. It’s now been documented in numerous peer-reviewed studies ranging from licensure of electricians and realtors to licensure of dental assistants and lawyers.”

In a policy paper published April 15, Mitchell and researchers Patrick McLaughlin and Adam Thierer highlighted examples of rules that appear to have outlived their time. The rules include those related to the U.S. Food and Drug Administration’s approval process, hand sanitizer limits imposed on airline passengers, tariffs on certain medical equipment and supplies, telemedicine and cross-border licensing, scope of practice involving nurse practitioners, and state certificate-of-need (CON) laws.

The pandemic “laid bare the outdated, overlapping, and often contradictory morass of rules that make it difficult for public and private organizations to respond to changing circumstances,” which makes it imperative to abolish the rules permanently, the authors stated.

One of the best examples of regulations hindering the pandemic response comes from the area of telehealth, Mitchell says.

“The US Department of Health and Human Services recently announced that it will allow doctors who participate in federal health programs to be paid for offering telemedicine services in states where they do not hold a license,” Mitchell said. “In many places, however, state laws made this federal policy change moot. As of 2015, 36 states and the District of Columbia required a provider to have a face-to-face interaction with a patient before writing any prescription. In Arizona, Governor Doug Ducey has suspended this rule. Other states have moved to follow suit.”

Another area of health care burdened by government red tape is “scope of practice rules” for nurse practitioners, Mitchell says.

“The National Academy of Medicine recommends that nurse practitioners be permitted ‘full practice authority,’ meaning that they should be allowed to evaluate patients and initiate treatment without physician approval,” Mitchell said. “Given that there is only one practicing physician for every 500 Americans, following this recommendation would permit patients to access more caregivers and would free up physicians to focus on the most demanding cases. Research suggests that full practice authority would expand access to care without jeopardizing patient safety.”

Early on in the pandemic, however, only 23 states permitted this level of authority, Mitchell says.

“Maryland has now granted all healthcare professionals the authority to work beyond their current scope of practice, and eight other states—Idaho, Maine, Michigan, Missouri, New Hampshire, New York, Pennsylvania, and Texas—have moved to waive or modify their scope-of-practice requirements,” Mitchell said.

CON laws were originally written to protect levels of expertise in the field of medicine. Today, states still impanel boards to determine if investors can add or expand medical services, equipment, and facilities.

“Recent research finds that not only do these rules limit access and raise costs, but they also seem to be associated with lower-quality care,” Mitchell says. “Patients in CON states experience higher rates of mortality following a heart attack, heart failure, and pneumonia and higher readmission rates following a heart attack and heart failure. They also are at greater risk of post-surgery complications and they tend to have lower patient satisfaction levels.”

The authors call for a BRAC-style commission to reform rules and regulations. Base Realignment and Closure (BRAC) commissions were first convened in the 1980s to close military bases that had become obsolete and were no longer needed.

“The basic idea is to make reform easier on policymakers,” Mitchell said. “Many of these rules exist because they protect well-organized and well-heeled special interests from competition. These groups can make it very uncomfortable for a policymaker who wants to eliminate these rules and open up a field to more competition. The basic idea with a BRAC-style reform is to take some heat off of legislators by allowing an independent commission of experts (with no financial stake in the matter) to choose which particular regulations to eliminate, which to reform, and which to bring back. To be honest, I’m not sure if Congress is particularly amenable to this idea, but I do think plenty of state legislators are.”