Americans Divided on the Most Important Issues. Here’s Why. 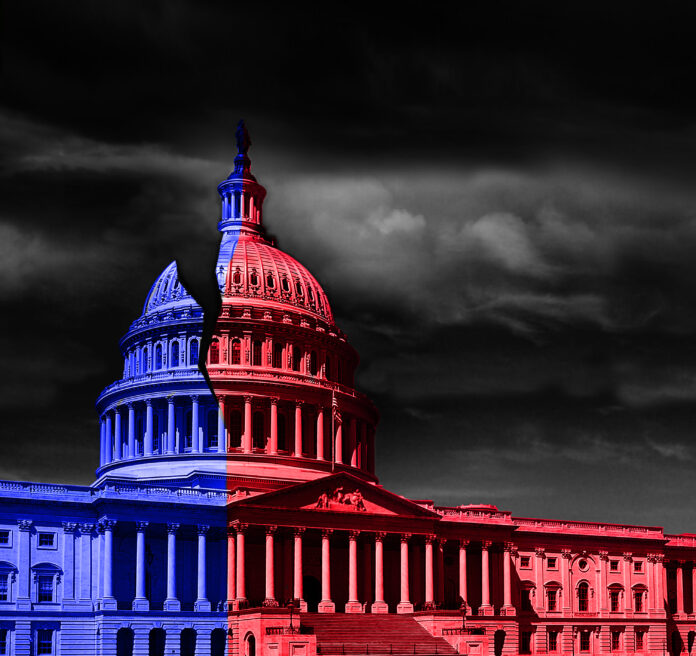 The recent presidential election confirms and reinforces what many political observers and common citizens have increasingly known and noted: Americans are seriously divided over the problems they see facing society, and the means and methods to solve or reduce their impact on all of us.

This division of views is, of course, partly shown in the number of votes cast for the two major political party candidates in the 2020 presidential election. With the final tally still not completed, over 75.2 million Americans voted for Democratic Party candidate, Joe Biden, and more than 70.8 million voters cast their ballot for the incumbent Republican president, Donald Trump. While the votes separating them number at least 4.4 million, that represents barely a 3 percent difference between them from a total of more than 146 million votes, combined, that they received.

Another way of saying this is that nearly 48 percent of these voters supported the losing candidate. Hardly a landslide or an unequivocal mandate, especially considering that an additional over 1.6 million votes were cast for a third-party presidential candidate, Jo Jorgensen, representing the Libertarian Party. This means Biden’s margin of “victory” is less than 51 percent (at the time of this writing).

Americans Divided on the Most Important Issues

But the divisions run deeper than only this “showing of hands.” Exit polls also showed huge differences in what voters consider the important issues of the day over which they made their ballot casting decisions. Thirty-five percent of voters said the state of the U.S. economy was the most important issue in making up their mind as to who to vote for, but out of that 35 percent, 82 percent indicated they voted for Trump and only 17 percent said they voted for Biden for that reason.

Not only is the American electorate divided on what they consider the most important policy issues facing the country, but they are widely apart on which presidential candidate and the implied policies in voting for that person reflected their perception of solutions to them. It seems to be a somewhat tall task to successfully construct a fully coherent “social welfare function” out of these differing views of the issue priorities and the implied policies to handle them.

Anger and Fear over Electing the President

The division of views and attitudes is deepened based upon some Pew Research Center findings in their surveys of opinions released in October 2020. Respondents were asked whether they would be angry if the opposing candidate were to win instead of the one they were supporting. Of those saying they were Trump supporters, 31 percent said they would be angry if Biden won the presidential election, while 54 percent of Biden’s supporters said they would feel that anger if Trump were to be re-elected.

This stated anger if the “wrong” guy were to be in the White House for the next four years is not too surprising if you consider that in answer to another Pew Research question, 90 percent respectively, of both Trump and Biden supporters said that if the opposing candidate were to win “it would lead to lasting harm to the U.S.” And only 8 percent, respectively, said there would be no lasting harm to the country if the opposing candidate sat in the Oval Office.

Of course so many of Biden and Trump’s supporters said they, respectively, would be angry if their candidate lost. The two sides saw the other’s presidential hopeful as threatening long-term damage to the country for years to come. In addition, 57 percent of Trump supporters have viewed this year’s presidential election to be between “right and wrong,” and while less still a large number of Biden’s supporters, 47 percent, said the same.

Yet, at the same time, 86 percent of Trump supporters and 89 percent of those behind Biden told the Pew Research survey that whoever won the presidential election, they “should address concerns of all Americans.” That is, the winner should be a unifier and not a divider.

On Friday, November 6th, when the presidential vote count was showing Biden pulling ahead of Trump in a number of crucial states, but with no news media or other official outlet yet calling the outcome, Joe Biden told an audience that his vote count showed that he would be declared the winner and that the 74 million who had voted for the Democrat ticket had “given us a mandate for action on COVID, the economy, climate change, systemic racism.” Yet, the next day on Saturday, November 7th, Biden said, “With the campaign over, it is the time to put the anger and harsh rhetoric behind us and come together as a nation. It is time for America to unite. And to heal.”

But some people must not have gotten the “healing message.” Also on Saturday, former president, Barack Obama, congratulated Joe Biden on his win, and his vice-presidential running mate, Kamala Harris, for being the first black woman to hold that office. Former First Lady Michelle Obama extended similar congratulations but added that it needed to be remembered that, “tens of millions voted for the status quo, even when it means supporting lies, hate, chaos and division.” Hardly words meant to win friends and influence people among those who voted a different way, if the goal is trying to bring people together by putting aside anger and harsh rhetoric, at least according to Joe Biden.

What Michelle Obama’s words imply is that if there is to be healing and uniting it means that all those who think the wrong way must come over and think the right way. That is, any views and actions considered to be racist, sexist, hurtful, and divisive from the standpoint of “progressive” political correctness, must be eliminated, and replaced by an acceptance of the entire systemic racism, identity politics, cancel culture, Green New Deal, and a general anti-capitalist worldview of those on “the left.”

“Inclusiveness” requires a shared conception of the better society to come with increased government intervention and redistribution, more pervasive centralized regulation and control, along with greater paternalistic planning of people’s lives and fortunes. “Unity” means willing acceptance of all this, with any differences of opinion merely on how one implements and imposes more of the politically planned society, and not any disagreement or challenge of its premise.

Richard Ebeling
Dr. Richard M. Ebeling is the BB&T Distinguished Professor of Ethics and Free Enterprise Leadership at The Citadel.