Biden Ain’t for the Kids 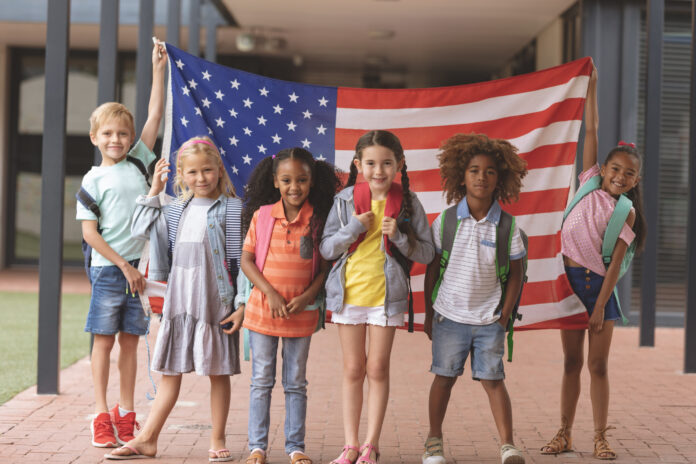 At the risk of stating the obvious, the country’s political future is murky. If Joe Biden withstands the onslaught of ballot fraud challenges and becomes POTUS 46, it’s anyone’s guess as to how he will govern. Or for how long. As a dementia-riddled man with no cures for the ailment on the horizon, his decisions will most likely be made by a cadre of handlers, advisors and cabinet members. And in the not-too-distant future, he will likely cede the reins to Vice President Kamala Harris. But for now, I will briefly examine the educational direction Biden plans to take, and it ain’t pretty.

All the above and so much more is now on the table. His Secretary of Education could very well be one of the aforementioned union leaders, replacing Betsy DeVos, who bore no love for the unions and top-down D.C. decision making. I doubt Weingarten will be the one, as she would have to give up two-thirds of her $600,000 a year salary, and what amounts to a job for life to accept the position. Eskelsen García, on the other hand, was termed out as NEA boss earlier this year and is now a free agent. The position could also to go Elizabeth Warren, who as a former Harvard professor with progressive cred, would fit the bill as the anti-Betsy. But any of the three candidates (and anyone else) would have to get the blessing of the (probably Republican) Senate.

When Biden was anointed as POTUS by the media shortly after Election Day, Weingarten issued a press release in which she gushed that he is “a person of great decency, strength, knowledge and compassion.” She ended her mash note with, “We look forward to working closely with an administration that will embrace and fight for the values we hold dear: justice and opportunity for all; strengthened public schools that work for all kids; economic security, starting with decent wages, good jobs and the right to a union; a belief in truth and science; and universal access to healthcare and college. We can’t wait to get started.”

“Great decency?” Joe Biden, who cheated in law school, falsely claimed he’d graduated college with three degrees, lied about his record on Iraq, plagiarized a speech from a British politician, repeatedly fibbed that a drunk driver killed his first wife, and so much more does not qualify as decent.

Equally bizarre, meandering and embarrassing was the statement by current NEA president Becky Pringle who burbled, “Together, we will strengthen our public schools by investing in neighborhood community schools, dismantling the institutional racism denying access and opportunity for too many students, and building our economy back better so it works for all Americans.”

Is Pringle suggesting that our unionized public schools are racist, but that Biden is an “antiracist?” If so, maybe we need to arrest the people who run our public schools – teachers, school board members, union bosses, etc. – and charge them with civil rights violations. And about “institutional racism,” our institutions – the mainstream media, Hollywood, Big Tech, the universities (and their ed schools) et al. – are all dominated by liberals and leftists.

Regarding Biden and race, that ain’t pretty either. In addition to being proud of his relationship with segregationist senators, he condescendingly said about Barack Obama in 2007, “I mean you’ve got the first sort of mainstream African American, who is articulate and bright, and clean and [a] nice-looking guy. I mean, that’s a storybook, man.” He told a predominantly black audience in 2012 that if Mitt Romney was elected, “They’re going to put y’all back in chains.” Similarly in May, referring to African Americans, told a black radio host, “If you have a problem figuring out whether you’re for me or Trump, then you ain’t black.”

On November 7th, as Biden’s lead held, Randi Weingarten said in an interview that she had cried that morning and explained, “It’s the first time I felt like I could release emotions in the last five years.”

If Biden does wind up in the White House, Weingarten won’t be the only one in tears. For far different reasons, charter school students, kids who are in other school choice programs, and taxpayers will also be sobbing. More on this soon.