How the Election Went in 7 Riot-Torn Cities and States 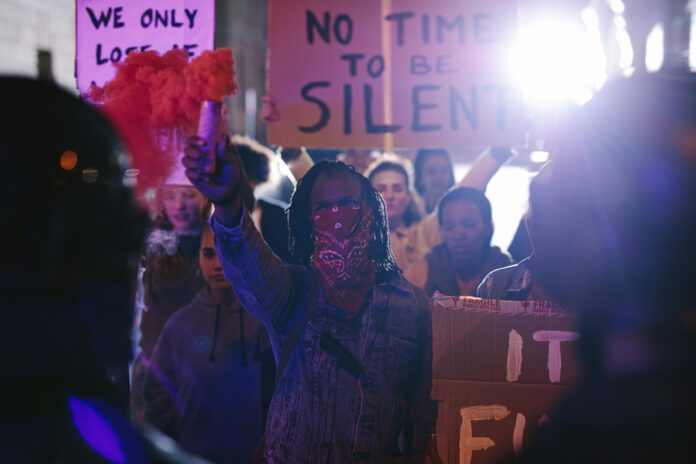 How did incumbent mayors and council members fare at the polls Tuesday in cities rocked by riots over the summer following the death of George Floyd in police custody?

It was a mixed bag. Here’s a look at some results in five such local elections, as well as a couple of races for governor of states with cities that saw riots.

Elections for Atlanta City Council won’t be held until next November. But despite recent riots and calls to defund police, voters in the heavily Democratic Atlanta area were expected to elect or reelect that party’s candidates for the Fulton County Board of Commissioners.

In contested races for the Board of Commissioners, District 2 was especially interesting. Fulton County as a whole is rated reliably Democratic, but Republican incumbent Bob Ellis defeated Democrat challenger Justin Holsomback 54% to 46% in unofficial results.

If Holsomback had won, that would suggest voters agree with his views in support of police reform—particularly the “8 Can’t Wait” campaign. Ellis did not appear to be vocal in supporting police.

Natalie Hall, the incumbent Democrat, crushed Republican challenger Barbara Gresham 88% to 12% for the District 4 seat on the Fulton County Board of Commissioners.

Incumbents typically have an advantage at all levels of government, but this year has been nothing if not unpredictable.

The riots that followed protests of Floyd’s death in Minneapolis and widespread calls for police reform or defunding across the country sparked pushback from centrist and conservative voters.

But the Atlanta metropolitan area traditionally has been dominated by liberals, so consequences at the polls for incumbents were thought to be minimal.

Los Angeles leans solidly Democrat and candidates running for the officially nonpartisan City Council often are left-leaning by default. A big question was whether the more progressive “Bernie” candidates could outcompete “establishment” Democrats in contested races.

In unofficial results in the District 4 race for LA City Council, incumbent David Ryu was losing 48% to 52% in a challenge from the left by progressive Nithya Raman, an urban planner who leads a nonprofit for the homeless. Ryu had the endorsement of Mayor Eric Garcetti and the Los Angeles Times.

In the race for the open District 10 seat, longtime activist Mark Ridley-Thomas defeated relative outsider Grace Yoo, 61% to 39%. He was endorsed by the Times and the LA Democratic Party.

The Louisville metropolitan area is one of the few areas in conservative Kentucky that leans Democratic. A total of 13 seats on the Louisville Metro Council were up for election, most of them uncontested.

Protests and riots over the police shooting of Breonna Taylor may have contributed to Democrats’ victories. If Republicans took seats, that would suggest broad support for law enforcement in Louisville.

In District 2, incumbent Democrat Barbara Shanklin has supported a ban on chokeholds by police as well as passage of the measure known as Breonna’s Law. Shanklin defeated Republican challenger Folly Aboussa, a 19-year-old newcomer, 78% to 22% in unofficial results.

Fowler called for Louisville to “identify and address systemic inequalities that have plagued our community for far too long.”

Powell defended police as “but few against an army,” those who “keep us safe from the chaos.”

In District 16, incumbent Republican Scott Reed, who has supported police and pay increases for them, defeated Democrat challenger James Michael Green, who called for racial sensitivity training for officers. Reed won 55% to 45% in unofficial results.

In District 18, incumbent Republican Marilyn Parker beat back a challenge from Democrat Mera Corlett 54% to 46% in unofficial results.

Parker had challenged Mayor Greg Fischer’s “failure” to enforce the law and pushed for more spending on public safety, not “defunding.”

Corlett argued that underrepresented communities must “have a seat at the table when decisions are made” and called for a “racial equity tool” to examine government functions such as business permits, hiring practices, infrastructure allocation, and health services.

In the nonpartisan race for mayor in a city that saw more than three months of nightly rioting, incumbent Ted Wheeler was leading challenger Sarah Iannarone by 53% to 47% with three-quarters of precincts reporting.

Wheeler’s apparent win suggested that Iannarone’s agenda was too radical even for progressive Portlanders.

Iannarone openly identified with Antifa, a violent extremist group in the thick of riots across the nation.

“I am Antifa,” Iannarone declared, noting that she has been on the front lines of anti-police protests since Day 1. Sen. Bernie Sanders, I-Vt., a self-described democratic socialist, endorsed her.

Iannarone is a community activist and former Portland State University administrator who has not held elective office. She supported defunding Portland’s police force by $50 million and more radical plans such as removing city parking to make way for trees, creating a publicly owned municipal bank, and opening city ballots to all residents regardless of citizenship status.

In the officially nonpartisan Portland City Commission races, challenger Mingus Mapps was leading incumbent Chloe Eudaly in the race for the Position 4 seat, 56% to 43%.

Mapps supported police reform, but cautioned against radically defunding the Portland Police Bureau. He proposed specific reforms such as putting an end to the use of tear gas, rubber bullets, and chokeholds.

Eudaly called for cutting another $18 million from the police budget. Such an approach may not have sat well with everyday Portlanders who have grown tired of ongoing riots and Eudaly’s active support for them.

Mayor Muriel Bowser, who designated an area near the White House as Black Lives Matter Plaza, was not on the ballot in the District, having been reelected in 2018.

In the crowded race for the other at-large seat, which must go to a member of a nonmajority party, independent candidate Christina Henderson defeated her nearest competitor, former council member Vincent Orange, with more than 60% of precincts reporting.

In the contest for the Ward 2 seat on the D.C. Council, incumbent Democrat Brooke Pinto defeated three other candidates with 69% and half of all precincts reporting.

Democrat Janeese Lewis George, who supported defunding police before it became trendy after Floyd’s death, claimed the District’s open Ward 4 seat with 94% and half of precincts reporting.

George called for funds to be stripped from the Metropolitan Police Department and “reinvested” in neighborhoods. Her only challenger was Green Party candidate Perry Redd, who pulled 6%.

In Ward 8, the city’s poorest ward, incumbent Democrat Trayon White defeated Republican challenger Nate Derenge and two others with 79% and about half of precincts reporting.

St. Louis was among American cities rocked by riots over the summer, but won’t hold local elections until next November.

On the state level, though, Missouri Gov. Mike Parson, a Republican, defeated Democratic challenger Nicole Galloway 57% to 41% with almost all precincts reporting. Parson had held a consistent lead, according to RealClearPolitics.

“I would never turn my back on law enforcement or the military of this country,” Parson, a former county sheriff, said.

The COVID-19 pandemic has separated the two candidates. Parson didn’t support mandatory mask-wearing, saying at one point: “You don’t need government to tell you to wear a dang mask.”

Galloway said she would issue an order requiring face masks in public, but would not shut down the state.

The city of Seattle saw violence in the streets and the takeover of an entire neighborhood during the summer by anarchists and other extremists, some allied with the Black Lives Matter movement.

Inslee held on to a double-digit lead in polls going into the gubernatorial election, according to RealClearPolitics.

Inslee, an outspoken supporter of the Black Lives Matter movement, declared in a June press conference: “To the protesters I want you to know this: I hear you. Black lives matter.”

Culp, a businessman and law enforcement veteran who is considered a political outsider, campaigned as pro-police. In an interview with Crosscut, he denounced the notion of systemic racism in the criminal justice system and said the statement “black lives matter” is racist since “all lives matter.”

Culp called out rioters, saying he agrees with peaceful protests until they become violent. “That’s called rioting,” he said.

Originally published at The Daily Signal. Republished with permission.

Nathalie Voit
Nathalie Voit is a member of the Young Leaders Program at The Heritage Foundation.