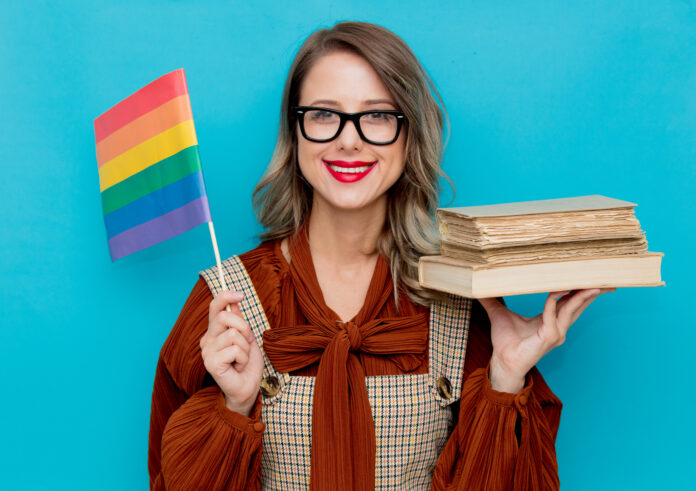 A proposed rule from the Illinois State Board of Education to have Illinois teachers vow to encourage progressive views is unconstitutional and discriminatory, according to the Pro-Family Alliance and the Thomas More Society.

The groups want to prevent the rule from going into effect.

The rule from the Illinois State Board of Education published in the Illinois Register on Sept. 11 lays out “Culturally Responsive Teaching and Leading Standards for all Illinois Educators” on page 176. The standards are set to begin Oct. 1, 2021, and say program and course content “shall be based on” the standards in the rule.

“Culturally responsive teachers and leaders are reflective and gain a deeper understanding of themselves and how they impact others, leading to more cohesive and productive student development as it relates to academic and social-emotional development for all students,” the rule states. “The culturally responsive teacher and leader will,” among other things “Critically think about the institutions in which they find themselves, working to reform these institutions whenever and wherever necessary,” and “Assess how their biases and perceptions affect their teaching practice and how they access tools to mitigate their own behavior (racism, sexism, homophobia, unearned privilege, Eurocentrism, etc.).”

It further states to address “systems of oppression” a “culturally responsive teacher and leader” will “Be aware of the effects of power and privilege and the need for social advocacy and social action to better empower diverse students and communities.”

Other instructions for educators include: “create a risk-taking space that promotes student activism and advocacy,” “Embrace and encourage progressive viewpoints and perspectives,” and “Implement and integrate the wide spectrum and fluidity of identities in the curriculum.”

The Illinois State Board of Education said the rule will help students.

“The Illinois State Board of Education stands by the proposed Culturally Responsive Teaching and Leading Standards, which were developed by educators for educators,” said Illinois State Board of Education spokesperson Jackie Matthews. “Every student deserves to feel welcome, included, and accepted at school and to see their cultural identity affirmed and represented in the curriculum. This feeling of belonging is critical to improving academic and behavioral outcomes for Illinois’ students.”

Ralph Rivera and Molly Malone Rumley from the group Pro-Family Alliance said the rule should be scrapped.

“Pro-Family Alliance and the families it represents believe that all persons, including students and teachers, should be treated with honor, dignity, and respect, which means that the truth must be spoken in love,” Rivera and Rumley wrote. “Racism should be condemned, and the value of cultural and ethnic diversity affirmed as central elements in effective teaching.”

However, they said the rule is vague and unconditionally compels speech.

“These elements of the proposed rule require teachers to enunciate a government-sourced ‘progressive’ and activist viewpoint in their educational work with students,” they said. “As a consequence, certain narratives will be required, and counter-narratives excluded and proscribed. This is a form of compelled speech and viewpoint discrimination which is likely to be found unconstitutional.”

They also said the rule threatens teachers’ rights to free exercise of religion and conscience.

“Pro-Family Alliance recommends that the proposed rule be dropped entirely because of its constitutional infirmities of vagueness, viewpoint discrimination, and interference with free exercise of religion and conscience,” the group wrote to the Illinois State Board of Education late last month.

“We do condemn racism or discrimination due to ethnicity,” Olp said. “We respect diversity within the culture. However, mandating acceptance and endorsement of values that may be inconsistent with one’s own deeply held religious beliefs is unnecessary and unconstitutional.”

“Additionally, the rule tries to dictate what teachers think – and to form them in an activist mindset,” Olp said.

The groups say they’re working with attorneys to address the potentially unlawful mandate.

The Illinois State Board of Education said teachers need to be able to connect with students.

“Culturally responsive practices are especially important in better supporting Illinois’ LGBTQ+ youth, who disproportionately experience bullying and are more likely to attempt suicide,” Matthews wrote. “The reality is that Illinois’ students are increasingly diverse – with more than 52 percent identifying as students of color, and English Learners making up the fastest growing student population—while our teachers remain overwhelmingly white and female. The ability to reach students from different cultural backgrounds is an essential skill to succeed as a teacher in Illinois today.”