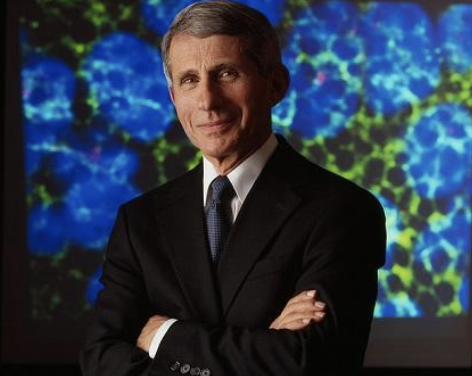 Dr. Anthony Fauci accepted a bid to be the Biden Administration’s chief medical advisor and a contributor to the administration’s COVID-19 response team.

Since joining the National Institutes of Health in 1968, Fauci has shown no signs of trying to avoid the public spotlight, so the appointment comes as no surprise to many Americans.

“The least surprising news story of all time,” stated the Committee to Unleash Prosperity’s blog on December 4.

Fauci has served as the director of the National Institute of Allergy and Infectious Diseases since 1984 and became highly visible since the early stages of the COVID-19 pandemic when he joined President Trump’s White House Coronavirus Task Force.

On October 13, Fauci was asked by NPR’s “The World” about plans to pull back from the spotlight.

“It is interesting, your counterpart in Germany has almost disappeared from public life, but he has a podcast,” the interviewer stated. “Do you think that there’s a role to play that way, that maybe there’s another messaging avenue for you?”

“No, I actually want to stay within the confines of my position,” Fauci said. “You know, I am a government employee. I have worked for the Department of Health and Human Services for decades and decades. I want to continue my messaging within the context of my position. I mean, I could go outside of that. That would only be provocative. And I don’t want to do that. I don’t want to be a provocative troublemaker. I want to just continue to give a solid public health message to the American people, and in some respects to the rest of the world, about what we can do to contain this outbreak. If I start doing it in different venues, it might, you know, create more noise than it would create effective messaging.”

Getting a new perspective than what Fauci can offer, however, is what the country needs, says Marilyn Singleton, M.D., J.D., a former president of the Association of American Physicians and Surgeons.

“[Fauci is] another old-timer who has been in politics — yes politics, not science —way too long. We need fresh ideas from administrators who are willing to work with and listen to real doctors. Fauci has flipped-flopped with no apology to the public on masks, social distancing, lockdowns, and closing schools,” said Singleton.  “Not to mention, he supported the “gain of function studies” at the Wuhan lab that likely brought us this virus. At this point, he is more of a cover-boy for magazines than a knowledgeable scientist whose opinion we can trust.”

The Benefits of Freedom in Health Care Decisions
09:53