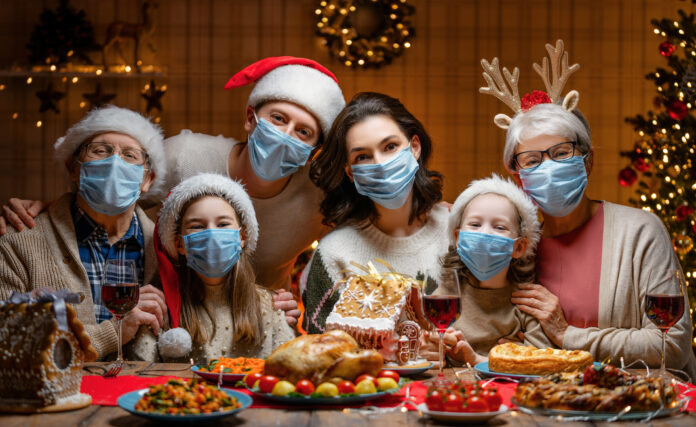 The Illinois governor had a different level of ire for a Chicago alderman and a Republican state Representative who separately violated COVID-19 pandemic safety protocols.

State Rep. Brad Halbrook, R-Shelbyville, said the indoor party he hosted Thursday in Douglas County was a Christmas get together to “celebrate victories and freedom.”

“Shame on him for having people in a room, packed together, not wearing a mask,” Pritzker said. “[Halbrook] knows better, he should know better, if he doesn’t, maybe he shouldn’t be in the General Assembly.”

Photos posted on social media show attendees close together and not wearing masks. Halbrook said nobody was forced to go.

“I didn’t make any of those recommendations,” Halbrook told WMAY. “Everybody knows what it is, it’s hammered into them 24/7, 365, and so anybody and everybody knows what those recommendations are. The big issue is most those people there are not big fans of government control in their lives, they’re not big fans of the governor.”

In Chicago, Alderman Tom Tunney apologized for his “error in judgement” in recently serving people inside his Ann Sather restaurant.

“I’ll tell you what the difference is, by the way, the alderman admitted that he shouldn’t have done it,” Pritzker said.

Tunney admitted to serving patrons inside after a Chicago blog posted about it.

“OK, but Brad Halbrook, he’s been caught,” Pritzker said. “You think he’s admitting it? No. You think he’s taking responsibility? He has 100 people in a space, he knows so much better than that.”

Halbrook said people have a constitutional right to peaceably assemble.

“It’s really shameful that they report that I was caught having a holiday party,” Halbrook said. “It was out there for all the world to see and anybody could come and go as they wished or chose.”

The U.S. Supreme Court recently struck down state-level orders in New York and California prohibiting assemblies such as religious gatherings.

It’s unclear if the venue that hosted Halbrook’s event will face any consequences.

Greg Bishop
Greg Bishop reports on Illinois government and other issues for The Center Square. Bishop has years of award-winning broadcast experience and hosts the WMAY Morning Newsfeed out of Springfield.