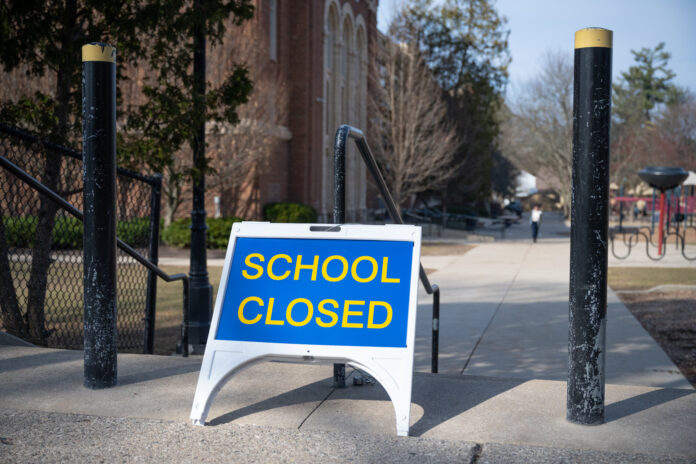 The evening news programs of the broadcast networks selectively reported statements by Anthony Fauci, director of the National Institute of Allergy and Infectious Diseases, in a November 29 interview.

“While the broadcast networks spent Monday evening echoing Dr. Anthony Fauci’s complaints against fed-up Americans spending Thanksgiving with their families, and CBS blasted Florida for keeping schools open, none of them shared his Sunday comments arguing that kids should remain in school and his admission that kids don’t spread the virus as much as they feared,” Nicholas Fondacaro of the Media Research Center wrote on the MRC blog on November 30.

“[C]lose the bars and keep the schools open is what we really say,” Fauci said on the Sunday morning ABC News program This Week. “The bars, the restaurants where you have capacity seating indoors without masks, those are the things that drive the community spread, not the schools.”

The network-news silence on Fauci’s call to reopen the schools shows the media’s politicized lack of concern for the public welfare, says Fondacaro.

“It was a revelation considering the fact that Fauci and other so-called experts pushed a policy that had harmed millions of American children for years to come,” wrote Fondacaro. “And the liberal media didn’t care.”

“Fauci’s public pronouncements have often been contradictory or vague and have sown confusion, however, even as the disease has shown itself to be more resilient if less deadly than many experts originally projected,” Cohen wrote in a commentary published by Health Care News on November 6.

“I know your default position is that you’d like to see the schools open,” said substitute This Week host Martha Raddatz to Fauci. “But how do you make that happen, and how would you advise the incoming Biden administration on getting a sort of unified response?”

“Obviously, you don’t have one-size-fits-all,” said Fauci. “But as I said in the past and as you accurately quoted me, the default position should be to try as best as possible, within reason, to keep the children in school or to get them back to school.”

Fauci could have reached the conclusion that children were better off in school last spring, Sen. Rand Paul (R-KY), an ophthalmologist, told Fox News in an interview broadcast on December 1.

“The evidence has been clear for six months—evidence from entire nations in Europe and Asia—that schools do not lead to a surge, that kids are poor transmitters of this,” said Paul.

“Countrywide studies were showing this six months ago, and he wouldn’t listen,” said Paul. “And I tried to convince him of this, and now he sort of flippantly says, ‘Oh, we’re going to let kids go to school; we’re just going to close the bars.’”

Fauci’s claim that indoor gatherings spread the disease should be examined, says Paul.

“We should also look at the evidence on that: Do lockdowns prevent the spread of this?” Paul said on Fox News. “Right now, we have more mandates and more lockdowns than we’ve ever had, and yet the incidence of COVID is rising exponentially. It may argue that none of the things we were doing are working.”

(This article was originally published December 2, 2020 under School Reform News)

Joe Barnett
Joe Barnett was managing editor of Budget & Tax News, a publication of The Heartland Institute. He now serves as a volunteer policy advisor.

Fauci v. Paul and 3 Other Takeaways From Senate COVID-19 Hearing

By Fred Lucas Another heated exchange between Sen. Rand Paul and Dr. Anthony Fauci stole the show Tuesday at a Senate hearing on COVID-19, although...
Read more
Health Care News

Red-State Children Got Double the Classroom Time During Pandemic

It soon became clear to The 74,  that closures in various states were falling along party lines.
Read more
Health Care News

Lack of compliance could be due to a number of Americans who simply don’t want to get vaccinated. This has led to some calling this reluctance, “vaccine resistance.”
Read more