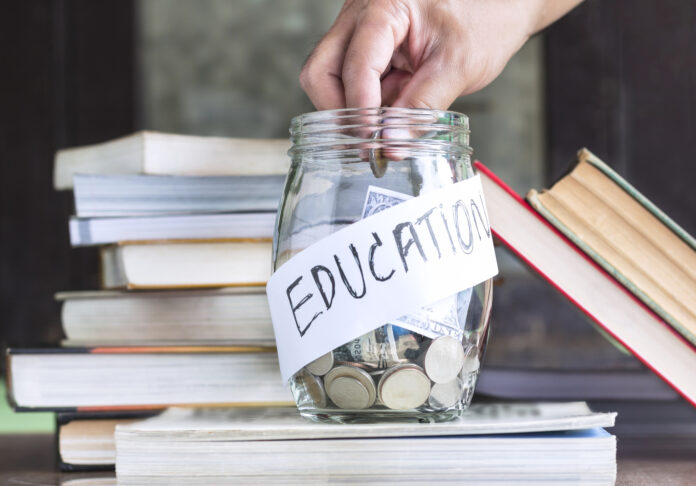 Indiana Republican Gov. Eric Holcomb wants to increase funding for K-12 schools by $377 million, and given that both houses of the state legislature have solid Republican majorities and leaders who work closely with him, it’s likely that he’ll get it, or something close to it.

The proposed increase for schools is somewhat of a surprise given the 10-month COVID-19 pandemic and statewide health emergency that have resulted in the loss of livelihoods, the closure of long-existing businesses and a decrease in state tax revenue.

But in his State of the State address Tuesday, Holcomb touted the state’s strong financial position, with its AAA credit rating still intact and $2 billion in reserves.

And his plan to increase funding for schools appears to have the support of leaders in the legislature.

“Two years ago we were able to increase it by 763 million new dollars and we thought that that was a pretty nice victory,” he told The Center Square.

He said he doesn’t expect to be increasing funding for schools by nearly that much this year, but hopes to be able to add “a little bit of a bump to that.”

“I don’t know what that will be but that’s our goal and ambition to be able to do that,” he said of increasing funding for schools.

Reaction to the governor’s announcement from the education community was decidedly positive.

“Thank you, Governor Eric Holcomb, for making public education a key funding priority,” the Indiana School Boards Association wrote on its Facebook page, tagging the governor. “The administration’s request to increase K-12 tuition support by 2% in FY 22 and 1% in FY 23 is a strong start to the budget process.”

“We applaud Gov. Holcomb for his commitment to funding K-12 education and to ensuring Hoosier teacher pay is competitive in the Midwest,” the teachers union, the Indiana State Teachers Association, said in a statement.

The $377 million proposed increase followed the report by the governor’s Next Level Teacher Compensation Committee, which recommended 37 things that local school corporations and the state government can do to free up more money to increase teacher pay in the state.

That report noted that funding for K-12 schools in Indiana has increased by 18.4% in the last nine years, and that the average annual increase was 2 percent. But it also noted that when taking into account the number of students being served and also adjusting for inflation, state funding has actually decreased by about $580 million from 2010 funding levels.

Most of its recommendations for increasing teacher pay were directed at local school corporations, which control their own budgets and set teacher salaries. But several were directed toward the state. They included making it easier for small school corporations to consolidate and streamlining procurement. But the members of the commission also said more state support of education is needed to make teacher pay in Indiana competitive.

“For Indiana to become a top-three state for teacher pay in the Midwest, it will require hundreds of millions of additional dollars to be invested into teacher compensation,” the report reads, adding that when it is “economically feasible,” the legislature should consider raising the state income tax to increase funding for schools, or look at doing a statewide property tax referendum.

But the commission also said it’s possible that the state could allocate more to schools by reducing funding in other areas of the budget.