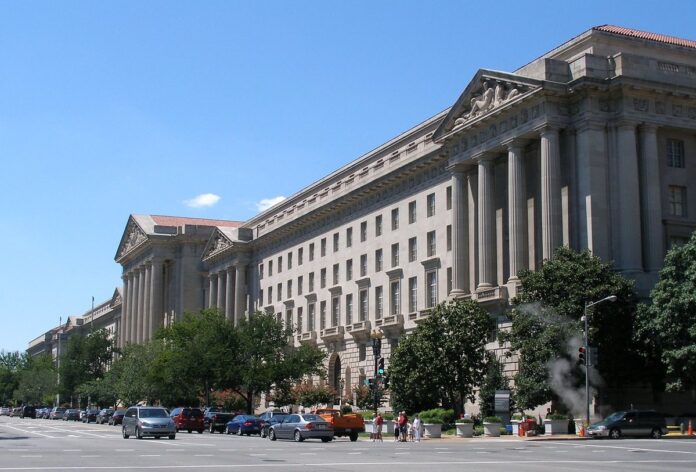 In the waning days of the Trump administration, the U.S. Environmental Protection Agency (EPA) finalized a rule to better ensure the science used by the agency when it imposes new regulations is convincing, by increasing its transparency.

In a January 5 online press event hosted by the Competitive Enterprise Institute at which he announced the final rule, EPA Administrator Andrew Wheeler said transparency and reproducibility are hallmarks of sound science and are critical to gaining the public’s trust that new regulations are justified.

“I fundamentally believe that the American public has a right to know about EPA’s regulations and their scientific underpinnings,” said Wheeler in a press release. “No one should be afraid of being transparent, especially if individual privacy is protected.

“Increased transparency has strengthened the Agency’s credibility with the public in the past, and I intend for this rule to do the same as we move forward,” Wheeler said.

EPA’s rule prioritizes transparency and increases public to access the “dose-response” data underlying significant regulations and influential scientific information. Dose-response data explain how exposure to varying amounts of a chemical or pollutant being examined can affect human health or the environment.

“If the American people are to be regulated by interpretation of these scientific studies, they deserve to scrutinize the data as part of the scientific process and American self-government,” Wheeler wrote in an op-ed in the Wall Street Journal.

In particular, in the face of hundreds and sometimes thousands of studies addressing the potential impacts of a chemical or pollutant under consideration for regulation, EPA’s rule requires the agency to give greater consideration to studies determined to be ‘pivotal science’ in which the underlying dose-response data is available for independent validation and public examination. Studies may also be considered even if the data is only available on a restricted basis for review and retesting.

Not Retroactive, Not Restrictive

The rule does not apply retroactively to existing regulations but only to future significant regulatory actions or scientific determinations, although it does apply to the use of previously existing studies when they are being considered for use in shaping new regulations. The rule does not require the release of confidential personal information.

EPA’s final rule establishes requirements for the independent peer review of pivotal science. In addition, when proposing a significant regulatory action, the agency is required to clearly identify the research used to inform the rule, including specifying which studies in particular it relied upon to make a rule.

Critics of the rule when it was initially publicly broached for consideration in 2018 claimed it would prohibit EPA from using valuable studies for which the researchers involved refuse to disclose underlying data for even restricted review or confirmation.

The draft rule, in fact, did not do this. But to assuage such criticism, the language of the final rule makes it clear no study per se is ruled out for use to justify a new rule. The final transparency rule specifies, instead, clear criteria under which the EPA Administrator can grant case-by-case exemptions to the transparency requirements of the rule. If the administrator determines a particular study or set of studies are vital to properly understanding the dose-response mechanism, or represents “pivotal science,” even if the data from this study or studies are not available for public or even restricted review and retesting, he or she has discretion to allow EPA to use the research to shape and justify a regulation. Anytime the Administrator exercises such discretion, allowing the use of research not meeting this rule’s transparency conditions, he or she must clearly state why the research was used despite the lack of transparency.

“There is no study that will automatically be cut out from review by the agency,” Wheeler said. “What this new rule would undoubtedly do is provide transparency needed to allow the public the opportunity needed to check our work.”

Should Be More Broadly Applied

EPA’s rule represents a good start to improve public understanding of the science used to justify costly regulations, but it should apply more broadly across government, said Angela Logomasini, a senior fellow with the Competitive Enterprise Institute, in a written analysis of the rule.

“The EPA rule on transparency should be viewed as yet another tool in a larger effort to promote transparency and reproducibility within the scientific community, most of which is happening outside of government,” Logomasini said. “Ultimately, the value and credibility of scientific research rests on the community’s ability to rein in questionable practices that undermine the scientific discovery process.

“Much work remains to be done, because the problem spans a wide range of scientific disciplines [thus] the EPA’s transparency rule … should be the beginning of a government-wide effort,” Logomasini wrote. “Transparency guidelines could also be applied to government research and government-funded research within all agencies, from the EPA to the National Institutes of Health, the Food and Drug Administration, and the Consumer Product Safety Commission.”