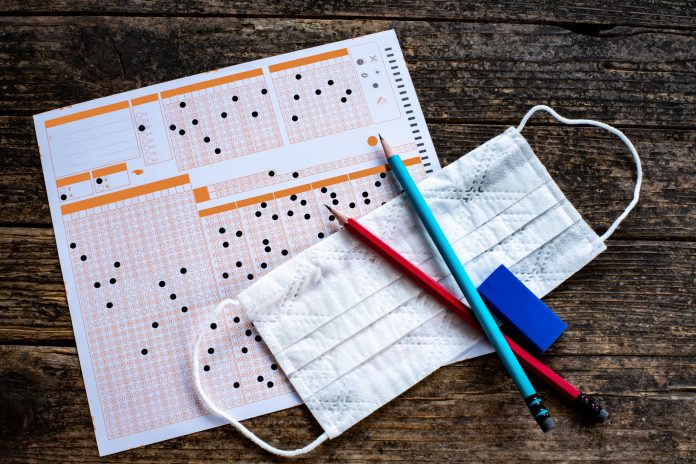 The bill also seeks to scrap the funding level via income tier that currently funds families under CSP and instead make every voucher worth 90 percent of the state’s per-pupil spending amount.

The special-needs ESA tied in with the bill would be known as the Education Scholarship Account Program, with the accounts paying for tuition and fees at private and parochial schools, as well for tutoring services, school-sponsored extracurricular activities, transportation costs, educational software, online courses, dual-enrollment courses, and educational therapies and services.

Additionally, the ESAs could be used to cover the fees required to take national standardized achievement tests, such as the SAT and ACT. The funding amount of each account would be equivalent to 100 percent of the amount allotted per pupil under the school aid formula. Leftover funds could be rolled over for use in subsequent school years and would be available to help pay for tuition at postsecondary schools.

Copious empirical research on school choice programs such as ESAs  and tax-credit scholarships finds they offer families improved access to high-quality schools that meet their children’s unique needs and circumstances, and that these programs improve academic performance and attainment and deliver a quality education at lower cost than traditional public schools. Additionally, these programs benefit public school students and taxpayers by increasing competition, decreasing segregation, and improving civic values and practices.

It is probably for these reasons, and also because teacher unions have repeatedly played politics with school closings during the COVID-19 pandemic in direct conflict with students’ best interests, that ESAs are more popular with parents than ever before. Polling done by EdChoice released in December 2020 found 81 percent support for ESAs among the general public and 86 percent among current school parents, the highest level of support the program has received in the organization’s eight years of polling on the issue. This represents a 4-percentage point increase over 2019. These findings are mirrored in the American Federation for Children’s seventh-annual National School Choice Poll, released in January 2021, which saw 78 percent support for ESA programs.

The goal of public education in the Hoosier State today and in the years to come should be to allow all parents to choose which schools their children attend, require every school to compete for every student who walks through its doors, and make sure every child has the opportunity to attend a quality school. There has not been a time when providing these opportunities has been more urgent and more needed than right now. Legislators should recognize that and allow families as many options as possible to get their children the education they need and deserve.

Indiana is already a national leader when it comes to education choice. Expanding the Choice Scholarship Program and enacting the Education Scholarship Account Program would keep the Hoosier State at the forefront of that movement.