Efforts to End Taxpayer-Funded Lobbying Moving in Texas, Other States 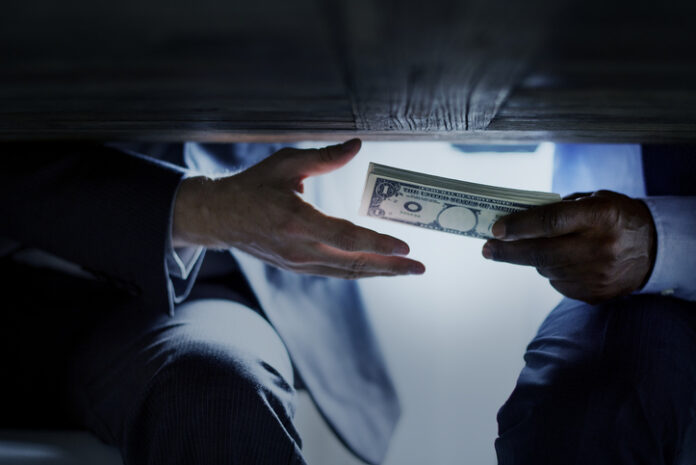 One often-overlooked state policy issue is the use of public funds for lobbying. Many public authorities—such as municipal and county governments and school districts—employ professional lobbyists with taxpayer money to influence legislative priorities. It can also happen in indirect, less visible ways, such as through public agency associations involved in government contracting.

In an op-ed published last March, Middleton and Rep. Kyle Biedermann (R-73) wrote, “Right now, up to $41 million per year of your tax money is being diverted to the pockets of Austin lobbyists. This is your money, diverted from essential services, like filling potholes, teacher pay, police and firefighters. Instead, it is spent on lobbyists who are fighting to take even more of your tax money.

“Most Texans don’t even know that taxpayer-funded lobbying is occurring,” the lawmakers wrote. “Meanwhile, local government entities are doing everything they can to hide the practice and keep us in the dark.”

Middleton and Hall attempted to move this legislation in last year’s session. After passing in the Senate, the bill stalled in the House when an amendment was attached that exempted more than 90 percent of the state’s counties from the ban. Prospects for passage are better this session, with the bill enjoying support from Gov. Greg Abbott and new House Speaker Dade Phelan (R-21).

Public opinion in the state shows strong opposition to taxpayer-funded lobbying. The Texas Public Policy Foundation (TPPF) reported on a December 2018 poll showing 91 percent of Texans oppose using tax money for lobbying, with 80 percent expressing strong opposition. TPPF organized a coalition to end such arrangements, with Executive Director Kevin Roberts arguing, “Taxpayers shouldn’t be footing the bill for lobbyists who often push for legislation that contradicts the interest of the taxpayer.”

A Houston Chronicle report from April 2019 illustrates the conflicts of interest that can result from this practice. The city of Houston was retaining Austin-based lobbyists HillCo Partners until it discovered the firm represented cable companies lobbying to rescind fees paid to cities for rights of way. Houston Mayor Sylvester Turner was actively fighting such legislation, warning the city could lose millions in tax revenue, and the city severed its contract with HillCo.

As of September 2020, 20 states had restrictions on taxpayer-funded lobbying, the National Conference of State Legislatures reports. The American Legislative Exchange Council has drafted model legislation to ban the practice. Gov. Doug Ducey of Arizona signed a taxpayer-funded lobbying ban in 2017 that could likewise serve as a model for other states.

By Kevin Bessler (The Center Square) – With restaurants in Illinois and the rest of the country trying to survive during the pandemic, the National Restaurant...
Read more
Budget & Tax News

The Oklahoma Senate is considering Senate Bill 383, an Act Relating to the Censorship of Social Media. This legislation would provide Oklahomans a private...
Read more

By J.D. Davidson (The Center Square) – Ohio taxpayers spend more than most states to educate a high school graduate, but it’s below average when...
Read more
Load more
- Advertisement -