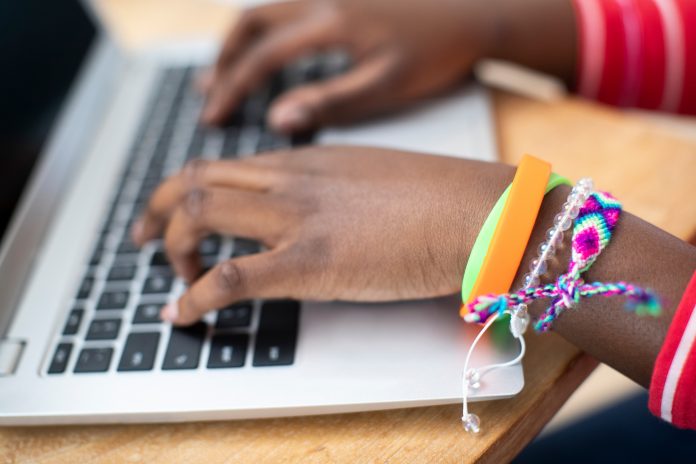 Colleges have been fertile fields of woke craziness for years now. Just a few recent examples: Middlebury College Professor Jonathan Miller-Lane claims that “To preserve American democracy, Whiteness must be demilitarized so that bodies designated as ‘White’ might become human.” A Washington and Lee University law professor insists that votes of black Americans should be counted twice as a form of “voter reparations.” Not to be outdone, students, alumni, and faculty at Assumption University, a Catholic school in Massachusetts, have attacked the school’s promotion of Catholic social teaching on marriage and abortion.

It’s no secret that the wacky world of woke has also made deep inroads into our nation’s k-12 public schools. But what about private k-12 schools? Like Covid-19, the woke pandemic does not stop at the schoolhouse door – not even at the gates of the chichi private ones. For example, Brentwood School is a top-rated private institution located in a tony part of West Los Angeles. Parents of the 1,000 k-12ers who attend the school fork over – depending on grade level – about $37,725 a year. The school boasts that all its students who graduate go on to attend a 4-year college.

You might think that parents paying large sums of money to educate their kids would expect them to get something of a non-politicized education. But no. Brentwood School has gotten into bed with the diversicrats and the segregationists. The school’s “Community-Building Sessions” are right out of the Jim Crow South. Harvard-Westlake is another upscale private school in Los Angeles that has descended into the woke pit. Part of the yearly $41,300 tuition parents must pony up to send their little ones to the school goes to the Glasgow Group, a Maryland-based firm which specializes in Diversity, Equity, and Inclusion (DEI) training. In fact, the school’s DEI page includes resources guaranteed to tickle every proud wokester. The book list is full of the usual woke books-du-jour including Robin DiAngelo’s White Fragility: Why It’s So Hard for White People to Talk About Racism. The list of “acceptable” DEI terms at Harvard-Westlake is replete with “newspeak” buzz terms – implicit bias, gender identity, privilege, microaggressions, etc.

New York City’s swanky Dalton School, whose yearly tuition is $55,210, has gone full bore woke. Ditching its traditional liberal arts curriculum, the faculty is in the process of turning the school into a social justice utopia. Their demands include hiring 12 full-time diversity officers, and multiple psychologists to support students “coping with race-based traumatic stress.” The faculty also requires “anti-racism” statements from all staffers and an overhaul of the entire curriculum, reading lists and student plays to “reflect diversity and social justice themes.” While it is unclear as to whether the school’s administrators are happy with the faculty’s demands, they have done little to stop them.

But many parents are not pleased with Dalton’s turn. Some have disenrolled their children because the school “has totally failed in its mission to uplift the very people it professes to help.” A Jewish parent told the New York Post, “My ancestors experienced white supremacy by being slaughtered. The idea that being white automatically means you are privileged or a white supremacist is ridiculous. My child comes from people who had to fight for everything they got.”

While parents can protest a private school’s political dogma by simply removing their kids, a public school parent too rarely has the option to do so. Instead, they must get organized, and that is indeed happening. “No Left Turn in Education,” started by a concerned mom in her living room late last summer, is a grassroots movement of concerned parents, teachers, watchdogs and others. Just six months later, the group now boasts chapters in 18 states. Elana Yaron Fishbein, the organization’s founder, attributes the astronomical growth of her group to the fact that parents are fed up with far-left dogma because it’s a threat to their kids, she told The College Fix. Fishbein added that it is also “threatening their family. It’s threatening their way of life. It’s threatening their livelihood. So, it’s not something abstract, it’s very, very real.”

It is indeed very real, and the indoctrination will continue to metastasize until parents wake up and act. The cement is hardening; the time to act is now. Right now.

By Tyler Arnold (The Center Square) – Legislation to establish a school voucher program in West Virginia will head back to the committee process after...
Read more
School Reform News

By J.D. Davidson (The Center Square) – Ohio taxpayers spend more than most states to educate a high school graduate, but it’s below average when...
Read more
School Reform News

By Ben DeGrow and Allison Rigterink In recent weeks, more school districts have come around to provide in-person instruction again. But those that have kept classroom doors closed...
Read more

By Ben DeGrow and Allison Rigterink In recent weeks, more school districts have come around to provide in-person instruction again. But those that have kept classroom doors closed...
Read more

Indiana Bill Allows Teachers to Withdraw from Union at Any Time

By Margaret Menge (The Center Square) – A bill rapidly making its way through the Indiana legislature would allow teachers to withdraw from the teachers...
Read more
Load more