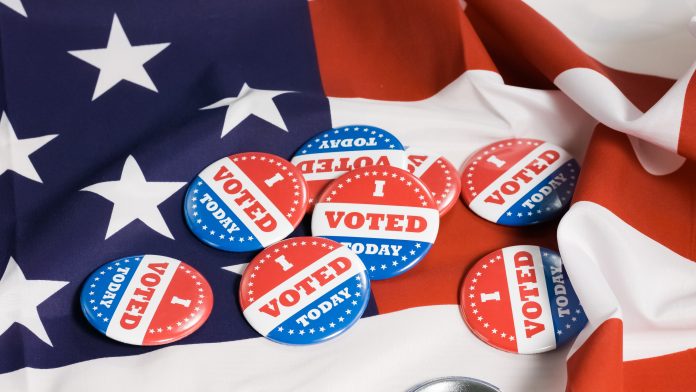 After an election marked by significant voting irregularities and numerous instances of officials setting aside state election law, I share the concerns of millions of Americans about the integrity of the 2020 election.

That’s why when I was serving as presiding officer at the joint session of Congress certifying the Electoral College results, I pledged to ensure that all objections properly raised under the Electoral Count Act would be given a full hearing before Congress and the American people.

The tragic events of Jan. 6—the most significant being the loss of life and violence at our nation’s Capitol—also deprived the American people of a substantive discussion in Congress about election integrity in America.

Under the Constitution, elections are governed at the state level. And each state is required to appoint presidential electors “in such Manner as the Legislature thereof may direct.”

Many of the most troubling voting irregularities took place in states that set aside laws enacted by state legislatures in favor of sweeping changes ordered by governors, secretaries of state, and courts.

While legislators in many states have begun work on election reform to restore public confidence in state elections, unfortunately, congressional Democrats have chosen to sweep those valid concerns and reforms aside and to push forward a brazen attempt to nationalize elections in blatant disregard of the U.S. Constitution.

Congress will vote this week on HR 1, the so-called For the People Act, a massive 800-page election overhaul bill that would increase opportunities for election fraud, trample the First Amendment, further erode confidence in our elections, and forever dilute the votes of legally qualified eligible voters.

In 2008, when the U.S. Supreme Court upheld Indiana’s new voter ID law, the ruling noted that America has a long, well-documented history of election fraud. The court cited the 2005 report of the bipartisan Commission on Federal Election Reform headed by former President Jimmy Carter and former Secretary of State James Baker, which said the “electoral system cannot inspire public confidence if no safeguards exist to deter or detect fraud.”

We have to do everything we can to change that and ensure that the American people, no matter which political party they favor, have confidence in the fairness and security of the election process.

The bill would force states to adopt universal mail-in ballots, early voting, same-day voter registration, online voter registration, and automatic voter registration for any individual listed in state and federal government databases, such as the Department of Motor Vehicles and welfare offices, ensuring duplicate registrations and that millions of illegal immigrants are quickly registered to vote.

States would be required to count every mail-in vote that arrives up to 10 days after Election Day. States must also allow ballot harvesting—where paid political operatives collect absentee ballots from places such as nursing homes—exposing our most vulnerable voters to coercion and increasing the risk that their ballots will be tampered with.

At the same time, state and local election officials would be stripped of their ability to maintain the accuracy of voter rolls, barred from verifying voter eligibility, and voter ID would be banned from coast to coast.

Congressional districts would be redrawn by unelected, unaccountable bureaucrats. Illegal immigrants and law-abiding American citizens would receive equal representation in Congress. Felons would be able to vote the moment they set foot out of prison.

Leftists not only want you powerless at the ballot box, they want to silence and censor anyone who would dare to criticize their unconstitutional power grab.

HR 1 is also loaded with ill-advised changes to federal campaign laws that would impose onerous legal and administrative burdens on candidates, civic groups, unions, nonprofit organizations, and ordinary citizens who want to exercise their First Amendment rights to engage in political speech, including on public policy issues that are vital to the life of our nation.

Under HR 1, donations to many private organizations would be made public, exposing millions of Americans to the radical left’s cancel culture crusade.

Every single proposed change in HR 1 serves one goal, and one goal only: to give leftists a permanent, unfair, and unconstitutional advantage in our political system.

HR 1 would turn a blind eye to very real problems at the state level, exacerbate existing vulnerabilities, and further undermine the American people’s confidence in the principle of “one person, one vote.”

Election reform is a national imperative, but under our Constitution, election reform must be undertaken at the state level. Our Founders limited Congress’ role in conducting our elections for good reason: They wanted elections to be administered closest to the people, free from undue influence of the national government.

Having run for office at both the state and federal levels, I have concluded that the bedrock principles of free and fair elections are access, security, and the ability to engage in free and open debate.

HR 1 is an unconstitutional, reckless, and anti-democratic bill that would erode those foundational principles and could permanently damage our republic.

After a year in which our nation has endured a global pandemic, economic hardship, and a contentious election, now is not the time to further inflame passion and division. It is time for our nation’s leaders to help America heal.

To restore public confidence in our elections, our leaders should uphold the Constitution, reject congressional Democrats’ plan to nationalize our elections, and get about the serious work of state-based reform that will protect the integrity of the vote for every American.

The American people expect us to ensure that every eligible citizen is able to vote and also make sure that their vote is not stolen or diluted through errors, mistakes, or outright fraud.

Every citizen deserves the freedom to support, oppose, criticize, or promote the candidates and causes they believe in. And most importantly, the American people must have the utmost confidence that every voice matters, and every vote counts—or democracy cannot survive.

Environment & Climate News Mike Pence - April 19, 2021 0
Banning fracking ignores sound science in favor of a false choice between environmental quality and natural gas. With the increase of natural gas consumption, particularly in power generation, the U.S. has reduced carbon dioxide emissions to their lowest levels in a generation.

Health Care News Mike Pence - April 19, 2021 0
"The truth, understood by well-balanced adults, is that there is no safety in this world, and our overlords’ attempts after a chimerical perfect safety are far more dangerous than any viral disease."