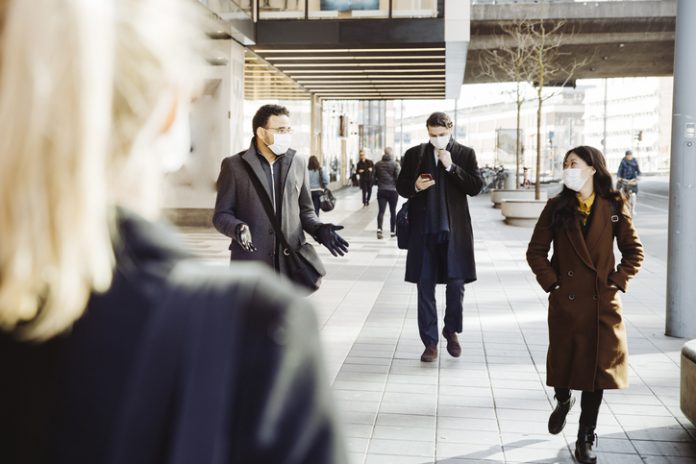 The New York Times rebuked the Centers for Disease Control and Prevention (CDC) for confusing the public about mask effectiveness and providing misleading representations of statistics.

It was a surprising change of pace, as the New York Times has been favorable to the pandemic response by the nation’s health agencies. The Times called out the agency for stating that “less than 10 percent” of COVID-19 transmission was occurring outdoors when a number of epidemiologists have stated outdoor transmission is below one percent, or lower.

Leonhardt wrote that the CDC’s exaggeration is the equivalent of saying sharks attack fewer than 20,000 swimmers a year, when in fact the number is around 150.

“This isn’t just a gotcha math issue,” wrote David Leonhardt of the Times. “It is an example of how the C.D.C. is struggling to communicate effectively, and leaving many people confused about what’s truly risky.”

Leonhardt wrote that the CDC’s exaggeration is the equivalent of saying sharks attack fewer than 20,000 swimmers a year, when in fact the number is around 150.

On multiple occasions, the CDC, the World Health Organization (WHO), and Anthony Fauci, President Joe Biden’s advisor on COVID, have given conflicting guidance on contagion control. Last year, a scientist at WHO stated there is little evidence of asymptomatic spread before retracting the statement. As recently as May 7, the WHO revised its guidance slightly to state COVID-19 is spread mainly by aerosols, rather than respiratory droplets, which suggests masks are ineffective in stopping the spread.