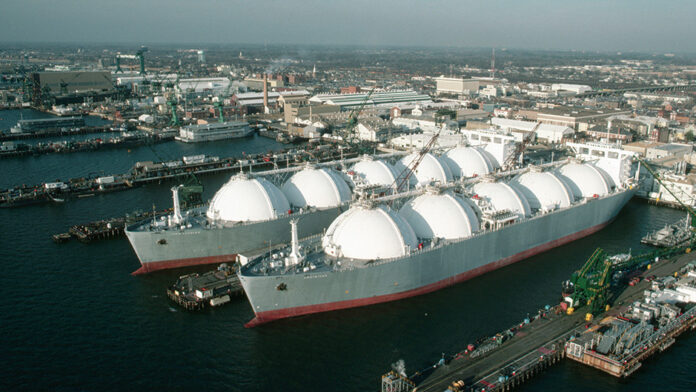 Surging demand for heating fuel driven by an unusually cold winter with heavy snow in northeastern Asia triggered a boom in U.S. exports of liquified natural gas (LNG) to China, Japan, and South Korea in recent months. The growing appetite for American LNG coincides with the region’s recovery from the COVID-19 pandemic.

Shipments of U.S. LNG to the three countries reached 3.2 million tons in February, almost two and a half times the highest monthly levels before the recent surge.

American LNG exports to Japan have pulled even with those coming from Qatar, a long-time key LNG supplier to the country. This has occurred despite the fact that U.S. LNG is approximately 40 percent more expensive than Qatar’s.

Elsewhere in Asia, China’s imports of LNG rose 30 percent in March. LNG deliveries to Pakistan and Bangladesh surged as well. With the onset of spring’s warmer weather, demand for gas to heat homes and businesses is expected to decline somewhat, but analysts expect purchases of U.S. LNG to remain robust.

Even though European economies are still grappling with the pandemic, Europe is beginning to replenish its drained inventories of American LNG. Together, exports of U.S. LNG to Europe and Asia were up 5.8 percent in March from a year ago.

How long the LNG export boom can last in the light of the Biden administration’s hostility to fossil fuels is an open question, says Jay Lehr, senior policy analyst for the International Climate Science Coalition, who points out a week after taking office, President Biden paused all oil and gas leasing on federal land.

“The Biden administration’s efforts to curtail the use of oil, natural gas, and coal in America and replace them with wind and solar power hides their real intent,” said Lehr, “They know full well the nation cannot operate on wind and solar, but the further they can go in their plan, the more destructive it will be to the economy, suffering from a shortage of energy.

Other countries will benefit at the expense of the United States under Biden’s energy plans, says Craig Rucker, president of the Committee for a Constructive Tomorrow (CFACT).

“As welcome as the U.S. boost in LNG exports is, it could be short-lived if the Biden administration curtails natural gas production in the U.S.,” Rucker said. “What then? The world will still need LNG, and countries like Japan will get it somewhere else.

“Qatar will be happy to fill the void,” said Rucker. “Biden will simply enrich other producers, and energy-rich America will be the big loser.”

Bonner R. Cohen, Ph. D., (bcohen@nationalcenter.org) is a senior fellow at the National Center for Public Policy Research and a senior policy analyst with CFACT.