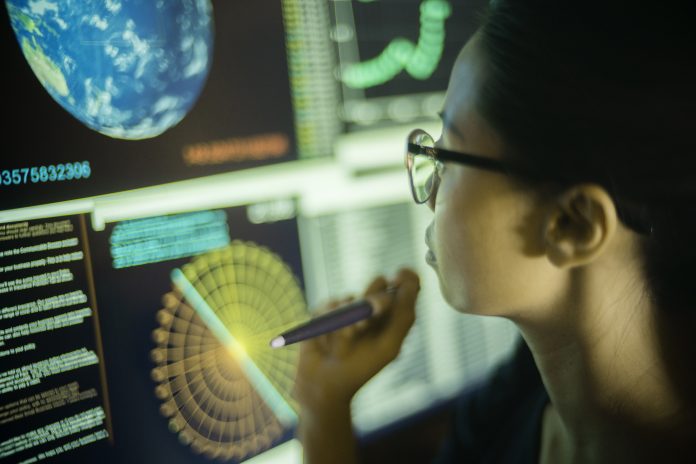 A recent Dutch Court decision is getting international attention because it commands climate action. The case itself is like angels on a pinhead, so of little interest. Shell Oil proposed to cut CO2 emissions by 40% and the Court made it 45%, both targets being stupid.

The real concern is the precedent of Courts making climate policy, so this decision is worth looking at. Turns out the Court’s version of the science is amazingly bad.

The Court’s decision document includes a long science section titled “Climate change and its Consequences“. There are a series of fundamental errors, glaring omissions and questionable claims, each of which supports the alarmist decision. Some of the worst are first quoted then analyzed in turn below.

The Court says: “Mankind has been using energy, primarily produced by burning fossil fuels (coals, oil and gas), on a massive scale since the beginning of the Industrial Revolution. Carbon dioxide is released in this process. ….Some of the released CO2 is emitted into the atmosphere, where it lingers for hundreds of years, or even longer.”

Wrong! Roughly 25% of the atmospheric CO2 is replaced every year because of the vast natural “carbon flux”, as it is called. This replacement includes our emitted CO2. Thus almost all of every year’s emissions is gone in 5 to 6 years. The exact figure is the subject of a large ongoing scientific literature. Clearly the Court was not informed of this fundamental fact. On the contrary they have been seriously misled. The same is true for what follows.

Wrong again! Water vapor is by far the primary greenhouse gas. CO2 accounts for a relatively small fraction of the natural greenhouse effect. The exact amount is still controversial but it may be just a few percent. Water vapor and clouds are the dominant causes.

Nor do GHGs “trap heat”. All they do is slightly increase the time that some solar energy stays in the Earth system before leaving into space.

“The climate system has a delayed response to the greenhouse gas emissions: the warming effect of greenhouse gases which are emitted today will only become apparent in thirty to forty years’ time. Other greenhouse gases are, inter alia, methane, nitrous oxide and fluorinated gases.”

The potential effect of a new greenhouse gas molecule begins the moment that molecule enters the atmosphere. Nor does it increase over time. I have no idea where this idea of a delayed response comes from, probably a conjectural computer model looking at large scale energy flows or some such. If so then this statement is at best misleading. Perhaps it is there to help explain the lack of significant recent warming.

Note also that the list of other greenhouse gases still does not include water vapor, by far the leading GHG. In fact all that is mentioned are those GHGs that we emit is significant quantities. As a result the huge role of nature is simply left out, a glaring omission indeed!

“There is a direct, linear link between man-made greenhouse gas emissions, in part caused by the burning of fossil fuels, and global warming.”

There may (or may not) be a link between our GHG emissions and some unspecified amount of global warming, but it is not direct and certainly not linear. Temperature change varies greatly from one year to the next, while the CO2 increase is much steadier.

What role the CO2 increase plays in these temperature changes is simply unknown, with a wide range of opinions. The range of published estimates of the impact of a doubling the CO2 concentration on global temperatures is huge. This impact is known as “CO2 sensitivity” and we have no idea what it is, as estimates range from less than 1 degree to more than 5 degrees. Clearly from this huge range we simply do not know how CO2 and global warming are connected.

This strange claim of a “direct, linear link” between our GHG emissions and global warming appears to be the Court’s summary of the science of warming, because they then switch to the issue of cutting our emissions. As outlined above, this strange claim is based on a number of fundamental errors, glaring omissions and a generally distorted view of the science of warming.

Things get even stranger as the Court slides into the fantasy issue of stopping the warming. They begin with this nonsensical claim:

There is nothing in climate science saying that the global temperature “should not increase” by any specific amount. That is a policy issue, not a scientific one. Climate science does not deal with “shoulds”.

Moreover, to the extent this policy question is discussed in the context of the science, there is certainly no consensus that 2 degrees is some sort of magic limit. In fact there is a large literature on the arbitrary nature of this 2 degree number. Its roundness makes it politically attractive and that is all. There is no science to it.

The Court then shifts into the lower temperature gear:

This is actually amusing because in the doctrine of climate alarmism there is in fact no “safe temperature increase“. Supposedly the modest warming to date is already causing damage and going to 1.5 degrees will cause more. Going to 2 degrees will cause a bit more, and so on. The Court is here struggling to justify an arbitrary number that cannot be justified.

The point of course is to generate the magically safe number of 430 ppm. This sets the stage for some amazingly precise limits, which the Court needs to make its onerous decision. Here is the big trick:

In fact at 40 Gt CO2 per year a 460 Gt budget will be exhausted in just 11.5 years! Clearly desperate measures are called for, or so these strange numbers say. But given that we have no idea what the temperature sensitivity to increasing CO2 is, this purported “carbon budget” is pure fantasy. It is a made up number with no scientific support whatever.

The Court then goes on at great length about supposed damages from extreme global warming. These claims too are without scientific support.

More generally, how widespread is this bogus science? The EU and Biden Administration both seem to be accepting this obvious junk as the basis for government action. The Dutch Court may have done us a favor in making these fundamental errors and omissions crystal clear. Now we can expose them as the bad science they truly are.

Originally published by Committee For A Constructive Tomorrow (CFACT). Republished with permission.