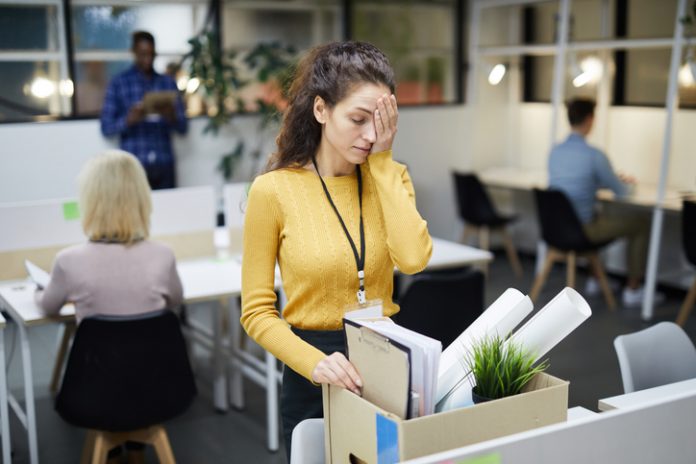 Data released by the Department of Labor Thursday showed that for the week ending June 12, unemployment claims hit 412,000, a jump of 37,000 from the previous week. That increase comes after several weeks of steadily declining claims.

Next week’s report will show whether the most recent data was an anomaly or if it may be a reversal of the previous trend.

The data comes after the White House touted a steady drop in jobless claims last week.

“Since President Biden took office, average jobless claims are down for the ninth week in a row and have been cut in half, and the economy has averaged 540,000 new jobs per month,” the White House said in a statement after last week’s jobless claims came out. “Americans are getting back to work and our economy is on the right track.”

California, Pennsylvania, and Illinois contributed to the majority of the increase in unemployment claims.

The unemployment and jobs numbers have shown the complexity of the economic data in recent months. Some indicators show growth, but there is a simultaneous rise in inflation and joblessness.

The Bureau of Labor statistics in recent days reported a sharp rise in consumer prices and producer good prices, worrying economists about a rise in inflation.

“Final demand prices rose 0.6 percent in April and 1.0 percent in March … on an unadjusted basis, the final demand index advanced 6.6 percent for the 12 months ended in May, the largest increase since 12-month data were first calculated in November 2010,” BLS said.

The economy’s job creation has fallen short of experts’ hopes in recent months.

How to address the economic woes in the aftermath of COVID-19 has been a key topic of debate between both major political parties. Democrats argue unemployment benefits will help keep Americans afloat and that more federal spending will help spur growth.

“Businesses throughout Florida have signs on their doors saying they are understaffed due to the ‘labor crisis,’” said Sen. Marco Rubio, R-Fla., who has helped lead a Senate effort to end the additional $300 weekly federal unemployment payments. “The inability to find employees is a real problem, and small employers across our country are struggling to maintain their businesses. This legislation would help Americans get back to work and help our economy recover.”

A recent report from the Tax Foundation found that Biden’s proposed $6 trillion in budgetary spending could worsen the problem by shrinking the economy, eliminating 165,000 American jobs, and lowering wages.

“We estimate that Biden’s spending proposals would increase long-run GDP by 0.3 percent, due to enhanced public infrastructure,” the report says. “However, this positive economic effect is entirely offset by the increase in corporate and individual taxation, resulting in less work and investment, which in combination with the spending reduces GDP by 0.9 percent in the long run, reduces wages by 0.8 percent, and eliminates 165,000 full-time equivalent jobs.”

Casey Harper
Casey Harper is a senior reporter for the Washington, D.C. Bureau of The Center Square. He previously worked for The Daily Caller, The Hill, and Sinclair Broadcast Group. He is a graduate of Hillsdale College. Casey's work has also appeared in Fox News, Fox Business, and USA Today.