The Oregon Compromise of 2021

This month, voters in five counties of eastern Oregon voted to instruct local officials to take action to secede from Oregon, and join Idaho instead. Separatist movements are not especially uncommon in the West – several have sprouted in Colorado over the years – but it is rare that voters actually have a chance to weigh in officially.

Rural activists say they are tired of being ignored, and outvoted, by people in the large cities who are isolated from the interests of rural communities, both geographically and culturally. That’s why activists in Northern Colorado recently proposed creating their own state, free from political domination of Front Range cities. I remember in the 1990s when some Western Slope activists proposed creating their own state, for the same reason. In one recent example, voters in Boulder and Denver voted overwhelmingly to introduce wolves, not in their own counties, but West of the Continental Divide, where the ballot measure was strongly opposed by the voters who must now live with the results. That is but one of many divisive issues that separate rural and urban interests. Think especially about water, or highway funding.

Commentators watching the Oregon vote say the explanation is much simpler and more partisan than any ballot initiative. In short, Oregon voted 56 percent for Joe Biden, with most votes cast in Portland and Eugene, whereas the five counties moving towards secession all voted for Donald Trump by at least 69 percent. They are counties with economies historically dependent on agriculture, mining, and forest products – industries unpopular with urban voters – but most media reports say the move toward separation is purely partisan. In truth, it is that, too. But whether those rural Oregon voters were motivated by bitterness over the 2020 election, or by concern about the future of natural resources industries, the solution may be the same.

It is difficult not to compare the similar movement by activists on the other side, to grant statehood to Washington, D.C. and Puerto Rico. Their motivation is largely the same, and in either case, creating new states could alter the balance of power in the U.S. Senate. It is precisely reminiscent of the divide leading to the compromise of 1820, known to history as the “Missouri Compromise.” I don’t know if anyone studies such history anymore, but that era offers a surprisingly simple solution for this one.

Obviously the issues dividing America today differ from those of the 19th Century, but the partisan situation is eerily similar. The senate was divided exactly in half (sound familiar?) between north and south, so no agreement could be reached on admitting Missouri, which would be another southern slave state. After several unsuccessful legislative battles, House Speaker Henry Clay finally offered the deal – to admit Missouri as a new southern state, and Maine as a new northern one (nine counties separated from Massachusetts). Henceforth, new states would have to be admitted in pairs, so as not to upset the delicate balance. California was admitted in 1850, but with the requirement that it send two senators divided on the slavery issue. The Missouri deal essentially held for over 30 years, and its repeal hastened the onset of the Civil War. 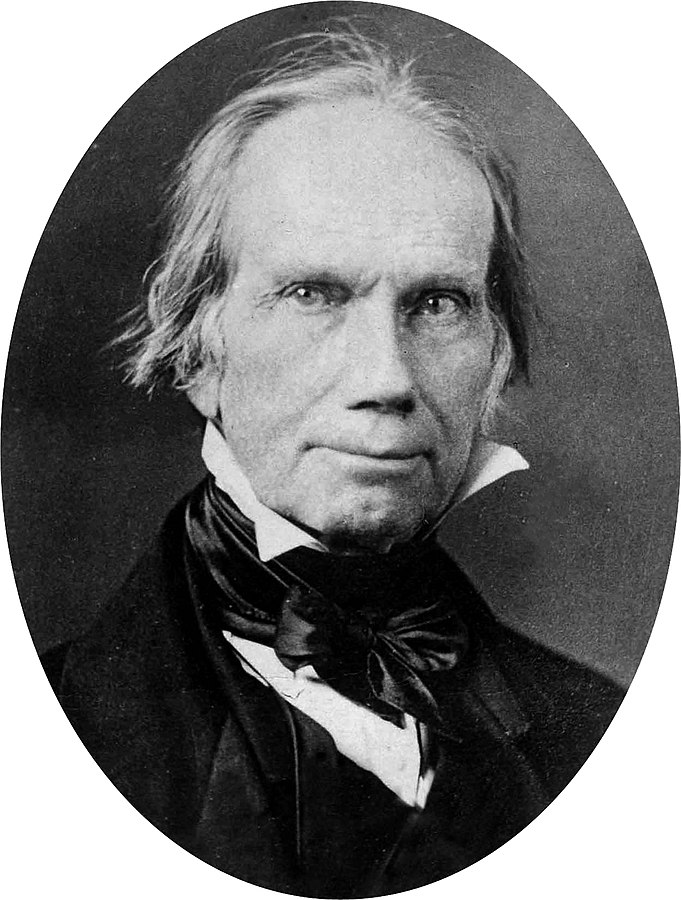 Oregon pundits are speculating about the likelihood of the Democrat-controlled legislature agreeing to let those five counties go. That seems unlikely, but the discussion might be missing a larger picture. An 1820-style compromise might provide the answer for maintaining today’s balance of power in the Senate, even while addressing voters’ concerns in rural western counties, and in D.C.

Under this new “Oregon Compromise of 2021,” new states could be admitted to the union in pairs. If one side got to admit D.C. or Puerto Rico, the other side would get a new rural state, say Western Colorado, Eastern Oregon, or South Georgia.

From a historical perspective, America’s current situation is more like that of 1820 than you might suspect. Today’s political divide is not about slavery, though there is clearly a racial component to it. The divide is not north-south, but it is just as geographically distinct, now urban-rural. Vast numbers of people on both sides think those on the other side no longer care about them, devolving us almost into two separate countries, culturally.

This is no time to widen the gulf. It is a time for a lasting compromise, one that might preserve the balance that is crucial to a republic’s function. The Oregon Compromise. I wonder if there are any statesman like Henry Clay to negotiate it.

An edited version of this column originally appeared in the Grand Junction Daily Sentinel April 28, 2021.

Greg Walcher is president of the Natural Resources Group and author of “Smoking Them Out: The Theft of the Environment and How to Take it Back,” now in its second printing. He is a former head of the Colorado Department of Natural Resources, and former President of Club 20.

Greg E. Walcher
Greg Walcher is one of the most recognized and respected national leaders in natural resources policy.