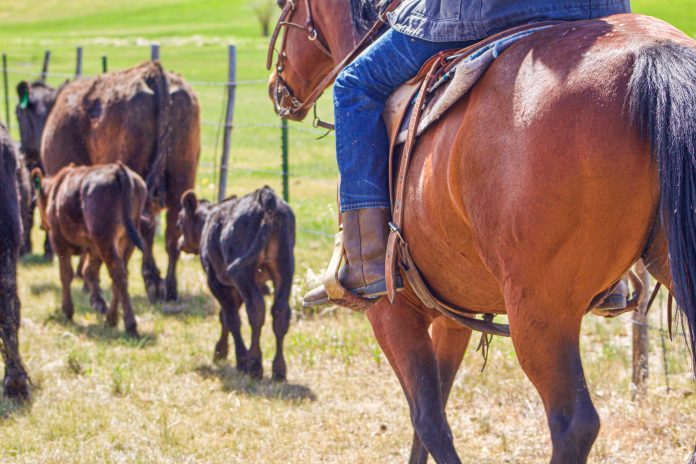 By The Center Square

(The Center Square) – A Wyoming rancher is suing the Biden administration and the U.S. Department of Agriculture claiming race discrimination over a federal loan forgiveness program that bars her from participating because she is white.

Leisl Carpenter, a 29-year-old rancher from Laramie, says in the lawsuit that the “American Rescue Plan” loan forgiveness program is unconstitutional because it discriminates.

“Like a lot of farmers and ranchers, our client has struggled to keep her family ranch afloat through all the difficulties of the COVID-19 pandemic, only to learn that she is ineligible to even apply for Biden’s loan forgiveness program solely due to her race,” Mountain States Legal Foundation Associate General Counsel William E. Trachman said Tuesday. “Instead of being rescued by Biden’s plan, she’s been excluded and discriminated against for no other reason than the color of her skin.”

MSLF and the Southeastern Legal Foundation filed the lawsuit in the United States District Court, District of Wyoming on Carpenter’s behalf.

In March 2021, the Biden administration signed At question is the American Rescue Plan Act of 2021, signed by Biden in March, which provides $4 billion to forgive loans for “socially disadvantaged” ranchers and farmers. White ranchers are excluded, the lawsuit contends, which is in violation of the Constitution’s guarantee of Equal Protection under the Fifth Amendment.

“The blatant discrimination in the American Rescue Plan Act, Section 1005, is ridiculous,” Carpenter said. “The government needs to bring an end to this horrendous practice of racial discrimination immediately and start treating Americans as individuals based on character and individual qualities, not based on the color of their skin.”

Carpenter owns the 2,400-acre Flying Heart Ranch in Wyoming’s Big Laramie Valley, which she inherited when she was younger, according to a news release. She took out an FSA loan when she was younger to save the family ranch, but the COVID-19 pandemic added to her financial problems. When she heard of the pandemic-related loan forgiveness program, she thought it could be a lifeline, but then she learned she wasn’t eligible, according to the news release.

“Making skin color the basis of a government benefit is not only unconstitutional: it is also morally wrong,” Trachman said. “One simply cannot promote racial justice by perpetuating racial injustice. The way to end discrimination is to stop discriminating.”