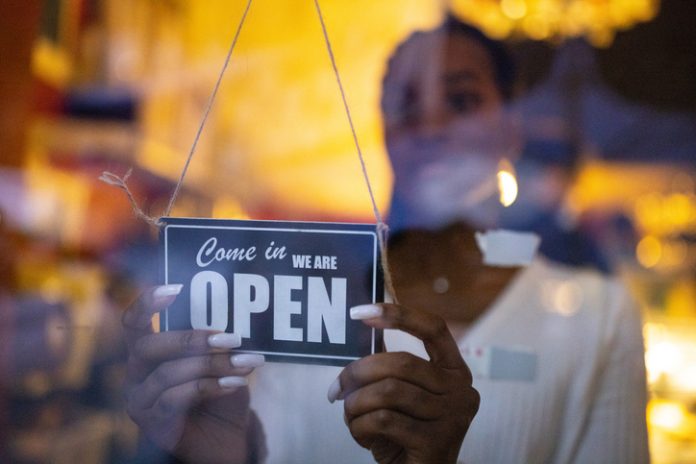 If economists were in charge of protecting the world from an unknown but rapidly spreading virus, they would have taken a more efficient and more effective approach.

That is the gist of a new analysis entitled “The Political Economy of the COVID-19 Pandemic.” The report concludes, “from the perspective of promoting overall societal well-being, we believe that governments in the United States and around the world made significant policy errors in their response to the COVID-19 pandemic.”

The problem, it seems, is an old one: human frailty.

“We live in an imperfect world, populated by imperfect beings, who interact in imperfect institutional environments,” write authors Peter Boettke and Benjamin Powell. Their political economy perspective “challenges the assumptions of omniscience and benevolence of all actors – politicians, regulators, scientists, and members of the public – in response to the pandemic.”

“The economic contraction caused both by the virus itself and to policies, such as stay-at-home orders, that governments have adopted in response to it have been massive,” they point out.  “Through the first two quarters of 2020, U.S. GDP fell 22.04 [percent] at an annualized rate. U.S. unemployment peaked at 14.7 [percent] in April (2020).”

Boettke and Powell apply the lessons of welfare economics to COVID-19’s most glaring characteristic: that it is overwhelmingly a disease that strikes, and can kill, the old and infirm while leaving the young and healthy largely unscathed.

“The activities of the young and healthy impose a negative externality on the old and infirm. But it is equally true that the activities of the young are restricted because of the presence of the old and infirm, the latter has imposed a negative externality on the young and healthy,” they point out.  “Lockdowns and stay-at-home orders get the allocation of rights exactly backward and result in large inefficiencies because costs are disproportionately borne by the high-cost mitigators.”

The authors note that an “efficiency maximizing economist policy advisor would recommend leaving people free to choose activities for themselves while imposing a tax on activities set to reduce the marginal benefit of engaging in activities, proportional to the increased risk of COVID-19 transmission.”

Even when governments moved away from lockdowns and shelter-in-place orders, these measures were replaced with varying degrees of command-and-control regulation of activities by national, state, regional, and local governments around the world.

“Governments determined which businesses could and could not reopen, at what capacities, during which hours, with what mitigation measures,” the authors note.

They acknowledge the thousands upon thousands of varied restrictions are too numerous and diverse to catalog.

“But their sheer number and variability make it obvious that these command-and-control regulations are not in any way promoting a cost-minimizing form of transmission mitigation,” they write.

The Road Not Taken

An alternative approach would be to lower the cost of the externality, rather than just trying to limit activities that lead to the transmission of the virus.

“These policies could include government funding of expanded hospital capacity and the purchase of supplies and equipment, and research funding to speed the discovery of new medical treatments and vaccines,” Boettke and Powell explain.  “They could also include removal of regulatory barriers that impede medical capacity and the development of medicines and vaccines.”

Not all federal responses in the U.S. were misplaced, the authors write.

“Through Operation Warp Speed, the federal government invested $10 billion to fund the development of vaccines and guaranteed minimum purchases to encourage advanced production,” the authors write.

However, other actions involved enormous outlays of money, much of which was spent on items not directly related to addressing the pandemic. The Coronavirus Aid, Relief, and Economic Security Act passed this year, authorized $2.2 trillion in total spending but allotted only $130 billion (5.09 percent) for the medical industry and medical equipment manufacturers. Similarly, the authors note, a $900 billion package approved by Congress in December failed to correct for externalities but contained plenty of non-COVID-related pork, including $40 million for the Kennedy Space Center and $10 million for gender programs in Pakistan.

“The regulation of activities related to COVID-19 transmission has looked nothing like what any reasonable economic scientists would recommend in a world where the politics of economic policy were not omnipresent and a determining factor in the policy choices made,” Boettke and Powell conclude. “When governments have funded projects that an economic scientist would recommend, it has been as much by accident as by design.  It is hard to spend more than $3 trillion and not hit upon something economists might recommend.”

Lockdowns Were Devastating to People with Addiction Disorders – Interview