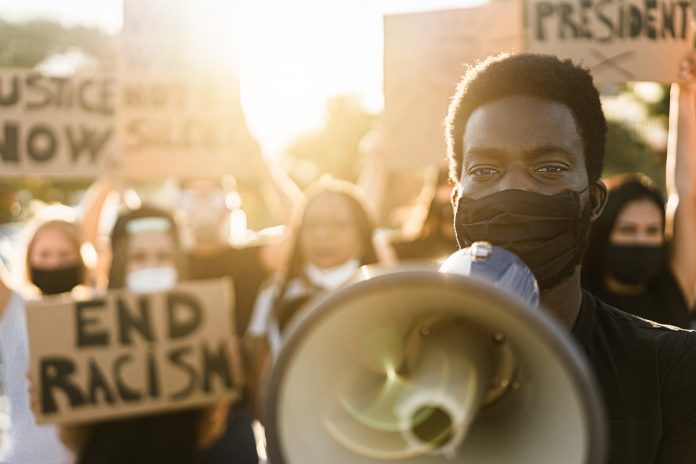 If you oppose critical race theory, you should die.

That was the message sent Thursday by an official of both the Virginia Parent Teacher Association and the state NAACP to a group of critical race theory supporters.

Let’s meet and remain steadfast in speaking truth, tearing down double standards, and refuting double talk. Let’s not allow any double-downing on lies. Let’s prepare our children for a world they deserve.

Let them die. [Emphasis mine] Don’t let these uncomfortable people deter us from our bold march forward.

The “let them die” line was met not with stunned silence or gasps of disbelief, but applause and cheering. Those who cheered were counterprotesting a “Stop CRT Rally” that met before a Fairfax County School Board meeting.

The Virginia PTA on Friday released a statement in response to news accounts of Leete’s incendiary remarks, albeit without identifying her by name.

The Virginia PTA called Leete’s comments a “disturbing choice of words” and insisted that they don’t “reflect the values of” the organization. It said that board members, presumably including Leete, would soon participate in “sensitivity training.”

It was not exactly a strong rebuke or an apology.

Neighboring Loudoun County, Virginia, also a short distance from the nation’s capital, has received considerable media attention for a parent-led rebellion against critical race theory. But the issue is rapidly heating up in Fairfax County as well, and parents are rebelling there, too.

The Fairfax County school district has been aggressive in transforming its pedagogy toward critical race theory, “anti-racism,” and equity.

The district has likely paid hundreds of thousands of dollars for diversity consultants, according to documents obtained through public records requests, paid $20,000 for an hourlong lecture to teachers and administrators by anti-racist activist Ibram X. Kendi, and appears to be transforming its schools into what Wall Street Journal columnist Jason Riley, who is black, has called “social justice boot camps.”

Clearly, many parents of students there have seen enough and are organizing to stop the destruction of their children’s education.

The reaction of defenders of critical race theory: The nerve of those people! Don’t they know that the only people allowed to direct the education of children are social justice activists?

The forward march of history apparently means stomping on those who oppose it.

What we heard tonight was hate speech, pure and simple. It was shocking that anyone would cheer and applaud a call to violence … . Ironically, [Leete’s] hateful, intolerant words are a perfect illustration of the divisive ideology of critical race theory in action.

In the name of tolerance, it preaches intolerance and is a betrayal of all values of humanity and decency.

To say the outlook of Leete and others like her is noxious and a serious problem for a republican form of government that requires deliberation, consent, and compromise would be an understatement.

It’s a more extreme form of the message that’s been sent by the militantly woke, who increasingly treat any form of opposition to their radical ideas as illegitimate and “violence.”

In the minds of some, those who oppose the revolution are enemies who must be destroyed. That this message is coming from someone in a position of authority and with a significant platform like Leete is both telling and chilling.

If anything, the “let them die” message of Leete is a clear-cut example of why critical race theory and the ideology that springs from it is poisonous to a free people and has no place in K-12 classrooms.

This isn’t about teaching “honest” history or in reducing actual racism. It’s about indoctrinating the young to become foot soldiers for a radical political movement that teaches people to hate themselves, hate their country, hate their fellow citizens, or some combination of all three.