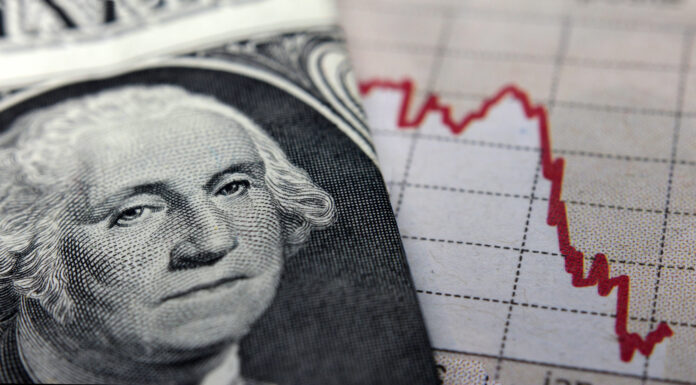 The Fed continues to pump more money into the economy while the stock market, business activity, and inflation all move higher. Conditions are fairly stable at present, but there are warning signs of trouble ahead.

This week, inflation provided the most significant economic news. The increase in consumer prices slowed in July, with inflation rates of 4 percent to 5 percent. That is half the rate of the prior three months.

Producer prices also moderated in July, but they still rose at a 7 percent annual rate.

This slight moderation in inflation is consistent with the Fed’s position that the spike is temporary. Part of it was. However, alternative measures of inflation (including the Fed’s preferred inflation measure) have been rising at a 4 percent to 5 percent rate for the six months ending in June.

Inflation occurs when current dollar spending (GDP) increases faster than the growth in the
economy. For the first half of the year GDP has increased at an 11 percent annual rate. Subtracting 6½ percent for real growth produces the 4 percent to 5 percent inflation number. Without a significant slowdown in spending, inflation rates of 5 percent or more will become ingrained in the economy.

Unemployment numbers continue to improve as some states eliminate payments for not working.

The latest weekly unemployment data show initial unemployment claims fell to 375,000 during the first week in August. They had been 400,000 for the past two months.

The number of people receiving unemployment benefits continues to trend lower. At the end of July there were 2.9 million recipients, down from 3.1 million for the month as a whole.

Also on Tuesday, the government will report on retail sales for July. Retail sales data are often highly erratic. Government payments this past spring further distorted these numbers.

Retail sales will level off or decline in the months ahead as they move closer to the amount of available spending money.

Also on Tuesday, the Fed will report on July manufacturing activity. The Fed’s measure of manufacturing for June remained 1or decline below its former peak in February, 2020.

While shortages in labor and materials have limited output, business surveys indicate  manufacturing has been much stronger than the Fed’s estimates. At some point the Fed’s data will increase to catch up to the business surveys.

Minutes from the Fed’s recent meeting are due Wednesday. They are unlikely to reveal anything new.

Stocks were mixed this week.

The Dow and small cap ETFs were up slightly more than 1 percent. The S&P500 rose ¾ percent to a new all-time high. The Nasdaq and QQQs declined slightly.

The S&P500 is currently 26 percent above its fundamental value. It is also extended above its 50-day average to a point that often precedes a short-term correction.

With the Fed continuing to purchase $120 billion in securities each month, the financial system is flush with liquidity, which has been effective in warding off any significant weakness in stocks.

Additional liquidity is likely to continue to provide a tail wind elevating stocks.

As year-over-year inflation hits the 5 percent vicinity for the third consecutive month, somnolent bondholders are stirring. The modest upward drift in long-term rates indicates bondholders continue to trust the Fed. They shouldn’t. As inflation continues, interest rates will head much higher.