Napolitano: When the Constitution Fails Us 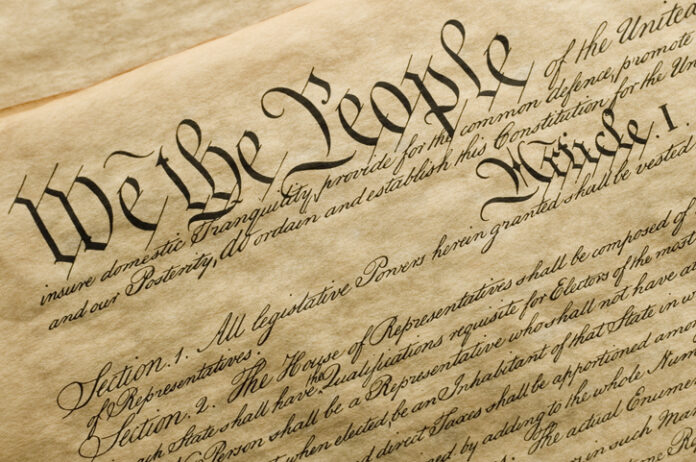 I have been writing for years asking if we still have the U.S. Constitution. That issue has come into sharper focus in the past 18 months as mayors and governors have created dictatorial powers and exercised those powers to interfere with personal autonomy in America. They have done this in utter disregard for the freedoms protected by the Constitution they have sworn to uphold by asserting that public health trumps personal liberty.

Here is the backstory.

Government is essentially the negation of freedom. If the values underlying the Declaration of Independence, the Constitution and the Bill of Rights — maximum personal liberty and minimal government — are to be taken seriously, then we all know that government has gone so far astray as to make it unrecognizable to the revolutionaries who fought the British and the founders and framers who wrote and ratified the Constitution and its first 10 amendments.

Those underlying values are generally articulated in the first eight amendments, which restrain the government from interfering in personal liberty. The Ninth Amendment codifies that our rights are too numerous to list, and thus it requires the government to respect the natural unenumerated rights of all persons, in addition to those rights specifically enumerated.

The 10th Amendment reflects the ratifiers’ public understanding that the Constitution is a compact, voluntarily entered into by sovereign states; and when they entered, they only surrendered to the federal government those powers enumerated in the Constitution, and thus they retained the powers not surrendered.

All of this was the theoretical basis and public understanding of the American experiment in the 1780s and 1790s. Of course, not all agreed with all this. Many classical liberals opposed the ratification of the Constitution for fear that a new central government would control economic activities with its own bank, fight needless wars, invalidate state sovereignty and curtail civil liberties. Their fears are now reality.

The first serious federal attack on personal liberty came in the Alien and Sedition Acts in 1798, which criminalized criticisms of the federal government and the administration of President John Adams. The same generation — in some cases, the same human beings — that had written in the First Amendment “Congress shall make no law … abridging the freedom of speech” did just that a mere seven years later.

In response to the Alien and Sedition Acts, the two most prominent thinkers in America — Thomas Jefferson, who had written the Declaration of Independence, and James Madison, who was the scrivener of the Constitution and the author of the Bill of Rights — secretly authored the Virginia and Kentucky resolutions. These manifestations of the compact theory of the Constitution were enacted into law by the Virginia and Kentucky legislatures. They declared the Alien and Sedition Acts unconstitutional in their states.

These resolutions reflected the views of many ratifiers of the Constitution that the states that formed the federal government retained the power to correct it. Stated differently, these state statutes declared the Alien and Sedition Acts — which were blatant violations of the freedom of speech — to be null and void in Virginia and Kentucky. The underlying value here is that because the Constitution is a voluntary compact, those states that formed it and joined it voluntarily have the sovereign power to leave it.

Nullification and secession as ideas were cast aside by the Supreme Court and by the outcome of the War Between the States. But the defeat of an idea — politically, legally or even militarily — cannot always bury the idea permanently. When an idea’s time has come, nothing can stop it.

Jefferson and Madison believed that the Constitution protects the right to leave the government whenever it interferes with or fails to protect fundamental liberties. The very idea of secession terrifies government, whether it be the feds or the states, because — if successful — it diminishes government power and income.

Has the Constitution failed us?

None of these violations — short of the War Between the States — has been more public, affected more people and produced more harm than the executive orders issued by mayors and governors in the name of public health. Even the states caved, as very few tried to protect the liberties that the Constitution guarantees.

It will soon get worse.

As the Biden administration grows more fearful of its inability to control the latest strains of COVID-19, it will begin to use coercive means to compel mask-wearing and vaccine administration. These so-called health measures are essentially experiments that, when administered coercively by the government, violate the letter, values and lessons of Nuremberg.

If vaccines work, why do we need masks? If masks work, why do we need vaccines? If I am a free person, why do I need the government telling me how to be healthy? If only the legislative branch of government can write laws, why do we allow mayors and governors and the Centers for Disease Control and Prevention to do so? If the Constitution is the supreme law of the land, how can government attack the rights the Constitution protects? If freedom is our birthright, what has become of it?

The time has come to nullify government interferences with personal autonomy by disregarding them, and to threaten seriously to leave and ignore the governments that hate our freedoms. If we don’t do this, make way for voluntary servitude.