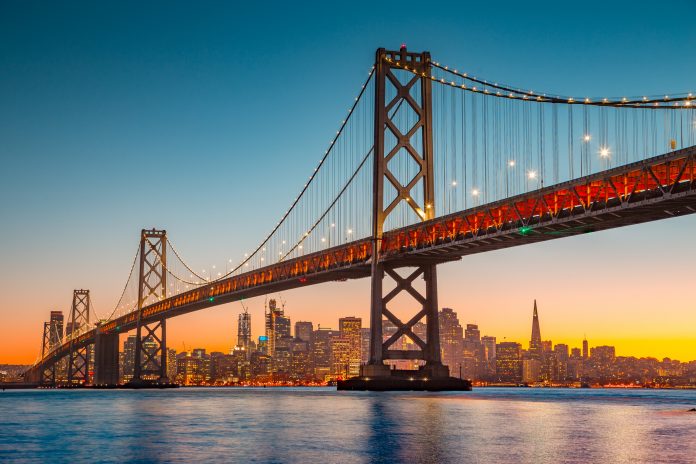 California has a long history of “firsts.” The Golden State was home to the first computer, the first movie theater and importantly, the first martini. Sadly, the state is now leading the nation in abusing children.

For starters, Governor Gavin Newsom announced a vaccine mandate last week for students age 12 and older, making California the first state in the nation to require public and private school students to be fully vaccinated for in-person instruction. (Unvaccinated students will have the option of enrolling in an online school or attending independent-study programs offered by districts.) The ruling will go into effect once the Food and Drug Administration approves vaccines for kids over the age of 12. Depending on when the FDA decision comes down, students will have to get the jab by either January 1, 2022 or July 1, 2022. On deck are school children ages 5 to 11, who will be forced to join the vax club as soon as the FDA green lights it for them.

Vaccine proponents are quick to explain that that the Covid vaccine is just an addition to a list that includes mumps, measles and rubella – but there is a big difference. While children are directly impacted by mumps, etc., they do not have a significant risk from Covid, nor are they “super spreaders.” Teachers are far more likely to catch the disease in the teachers’ lounge than in the classroom.

As Dr. Scott Atlas explains “…it’s unconscionable that a society uses its children as shields for adults. The children do not have significant risk from this illness.” He adds, “My role as a parent is to protect my children. My role is not, and I will never use my children as shields to somehow protect me. And that’s really just a heinous violation of all moral principles in my view.”

While most parents will fall into line with the vax mandate, many will not. On October 1, Newsom claimed that just 63.5% of kids between 12 and 17 had received at least one dose of the vaccine. California’s public schools lost more than 160,000 students as of April 2021, a 2.6% decline, the largest enrollment drop in two decades. That number may grow considerably, and since the mandate also covers private schools, look for homeschools and microschools in California to grow exponentially. In fact, according to California Globe, immediately following the announcement of the mandate, homeschooling and tutoring inquiries were up dramatically, with some homeschooling sites going down due to the sheer volume of parents searching for help. Also, many teachers may follow their students out the door, as they, too, must be vaccinated.

Additionally, the Sacramentotalitarians have decided to break into your home in a most evil way. On September 22, AB 1184, which was cosponsored by Planned Parenthood, became law. As the California Family Council explains, this diktat “prohibits insurance companies from revealing to the policyholder the ‘sensitive services’ of anyone on their policy, including minor children, even though the policy owner is financially responsible for the services.” The term “sensitive services” refers to all health care services related to mental or behavioral health, sexual and reproductive health, sexually transmitted infections, substance use disorder, gender affirming care, etc. The bill doesn’t detail the kindly sounding “gender affirming care,” but as defined by the University of California, San Francisco, it’s hormone therapy and a laundry list of surgeries including vaginectomy, scrotoplasty, voice modification, etc., ad nauseam.

And all these goodies start when the child is 12 years old! So, if your daughter, who is in 7th grade, wakes up one day and decides she rather be a boy, she can now act on it. She starts with puberty blockers, and uses your family insurance policy to pay for the services rendered. When the statement is sent to you, there is no explanation of any procedures she underwent. It’s a dirty little secret between your kid, her doctor and the insurance company. You, the parents, are reduced to insurance bill-paying bystanders.

AB 1184 is similar in tone to AB 2119, which was passed in 2018. This law provides that the “rights of minors and nonminors in foster care…include the right to be involved in the development of case plan elements related to placement and gender affirming health care, with consideration of their gender identity.” At the time, the American College of Pediatricians (ACPeds) filed testimony against the bill, urging legislators to reject it. “Children with gender dysphoria believe they are not their biological sex,” the group’s March 2018 testimony read. “A delusion is a fixed false belief. This bill proposes that foster children with gender dysphoria be socially affirmed into their delusion, and allowed to obtain experimental puberty blockers, and dangerous cross-sex hormones and surgery without parental consent.”

While ACPeds did not weigh in on AB 1184, it asserts that puberty blockers may cause mental illness and permanent physical harm, and that cross-sex hormones (testosterone for women and estrogen for men) may disrupt mental health.

Having usurped the rights of parents, the legislative totalitarians in California are coming for the children. Things have turned ugly, and there is no reason to think that their work is done. Short of leaving the state, parents and all concerned citizens need to rise up and stop the abuse. Now.

Originally published at For Kids & Country. Republished with permission.