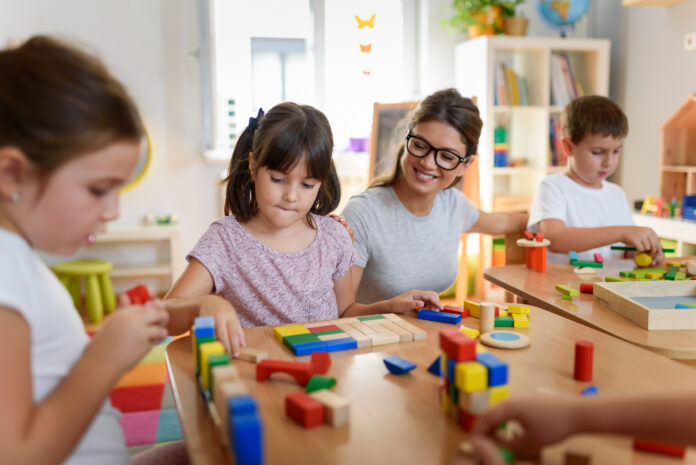 Those aren’t exactly hallmarks of successful programs, and yet, those pushing for universal preschool and child care in the $3.5 trillion spending bill currently making its way through Congress have landed on the ineffective federal Head Start program as their model.

How well has this model served families?

The Head Start program, a relic of President Lyndon Johnson’s “War on Poverty,” was launched in 1965, enrolling 560,000 children in the new, federally funded eight-week summer program. At the time, proponents were clear that Head Start’s “sole purpose” was to “prepare [children] for elementary school.”

As the Chicago Tribune put it at the time, “the program is designed to make the pupils’ first taste of school also a taste of success.”

Unfortunately, more than half a century later, participating students have not had that taste of success.

The Department of Health and Human Services, which administers Head Start, revealed in December 2012 that the nearly $8 billion Head Start program has little to no impact on the cognitive, social-emotional, or health outcomes of participants, or the  parenting skills of their parents.

It’s no wonder then that the results of the HHS evaluation were released on a quiet Friday before Christmas in 2012, when most of the federal government and its employees had left Washington.

As Heritage Foundation senior research fellow Jay Greene commented at the time, HHS “might as well put the results on display in a locked filing cabinet in a disused lavatory behind the sign that says ‘Beware of the leopard.’” (The Daily Signal is the news outlet of The Heritage Foundation.)

The bad outcomes don’t end there.

In 2010, the Government Accountability Office found several Head Start centers around the country  actively counseling families to underreport their incomes in order to appear eligible for services. Head Start employees even assured the undercover families that no one would check to see if their information was correct, doctored forms to hide income, and told applicants to misrepresent their eligibility.

And as Heritage Foundation research fellow Jonathan Butcher has reported, the Office of Inspector General in the Department of Health and Human Services found “significant lapses in safety practices” in numerous states.

Among the 175 Head Start centers the inspector general investigated:

The program is also increasingly expensive.

The rate of spending on Head Start has exceeded enrollment growth over the decades, and—as David Armor, professor emeritus, and Sonia Sousa, affiliate assistant professor of public policy, at George Mason University explain—had tripled to nearly $7 billion annually by 2000, with per capita spending exceeding $8,000 per child (up from $5,000 per child in real terms throughout the 1970s and 1980s).

Much of that spending supports Head Start staff salaries, as the program now acts as a federal jobs program for a quarter of a million adults. More than 265,000 adults were on staff with Head Start in 2018, 22% of whom were parents of children currently or formerly enrolled in the program.

Since 1965, Head Start has been a sinkhole for taxpayer dollars and an ineffective education program for children. And yet, proponents—hand in glove with Congress—want to model hundreds of billions of dollars in the $3.5 trillion tax-and-spending package on it.

This piece originally appeared in The Daily Signal. Republished with permission.