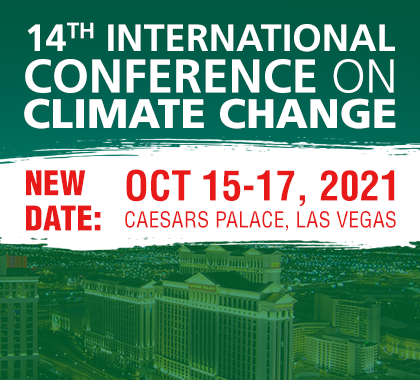 The panelists discussed how the Biden administration’s energy and environment agenda — from canceling the Keystone XL pipeline deal with Canada, to restricting the once-burgeoning fracking industry in the United States — is undermining America’s national and economic security.

Shades of the Soviet-Style Planning

Grande compared various actions taken by the Biden administration, such as slow-walking development permits on federal lands, increased land seizures, pipeline cancellations, and efforts to reduce greenhouse gas emissions to net zero by 2050 to old Soviet-style central planning. Arguing they are likely to fail as the Soviet system did, causing a lot of misery in the process.

“I took the approach that this O’Biden administration, and yes, I said, ‘O’Biden,’ because as anyone who has studied policy knows, this is Obama on steroids, and if it isn’t, then I don’t know what is,” said Grande during an interview after the session’s end. “This administration’s agenda is pushing us back to a society that resembles the old U.S.S.R. and along the way, it is putting the cold back into the cold war.”

“My presentation took what they call a 5,000 ft. view where I was looking down on it and ran through it starting with Biden’s EO 14008: Tackling the Climate Crisis at Home and Abroad (2021), which places the climate crisis at the forefront of foreign policy and national security planning,” Grande said.

Biden is requiring that every agency incorporate fighting climate change into their core function, says Grande.

“This executive order is where Biden tells us he is going to take an all-in government approach, or the whole of government, including all of the different agencies, to fight global warming,” said Grande. “The Departments of Agriculture, Defense, Education, Energy, Housing and Urban Development, Interior, Justice, Treasury and the Environmental Protection Agency have each done some work on climate change in the past, but under Biden this is being ramped up, with fighting climate change becoming a central focus of their work.

“My presentation breaks down the effects of O’Biden’s policies into four issues which are: increasing of the costs of energy, goods, and services, destabilizing the electric grid, crippling the economy including investments and retirements, and increasing our dependency on foreign energy,” Grande said. “For instance, I touch on what ESG mandates coming from agencies and Treasury Secretary Janet Yellen threaten to do to stock and bond markets.

“Bank of America’s mission statement now contains language addressing ESG; so does Lloyd’s and other large insurance companies, they are crippling small businesses, entrepreneurs, energy companies and farms by denying investment, insurance, and banking services if you don’t have ESG guidelines for your company or have bad ESG scores, according to their rating system,” Grande said. “Big companies can get away with compliance because they can they have capital, but what they are really doing is using ESG mandates and scores to drive smaller competition out of the market.

‘States Must Step Up’

There are things states, Congress, and average people can do to stop the O’Biden climate agenda, if they want to secure a more prosperous future for ourselves and future generations, says Grande.

“States must step up,” said Grande. “They have to push anti-ESG legislation—this has to be done from Alaska to Texas, it can’t just be done all over the Western states and nowhere else. “We need to build coalitions within the states and among the think tanks across the nation so that we can gather together and get the proper information out,” Grande said. “States need to be forming coalitions and passing regulations, public service commissioners need to work on protecting the grid and asking the right questions about how we are going to guarantee the stability of the grid, and states’ attorneys general also need to step up and fight for federalism.” Grande says, Congress has a role in fighting the O’Biden climate agenda as well.

“I know it’s tough with a Senate divided 50-50, but Congress needs to exercise the congressional review act on every single regulations that the Biden administration puts forward, if for no other reason than to force a public debate over the proposals,” Grande said.

Average people have a role to play as well, says Grande.

“There plenty of things ordinary people can do to make their voices heard,” said Grande. “Anybody can write a letter to the editor; they can attend city and county meetings, and it doesn’t take much to go once a month and sit in a school board meeting to stop the improper education of our children on global warming and pay attention to what your kids are being taught in their classrooms and then ask questions.

“People can even run for office if they are are able, or help someone you know that thinks the same as you—then help them when they decide to run for office, Grande said. “These are very simple, easy things that the average person can do.”