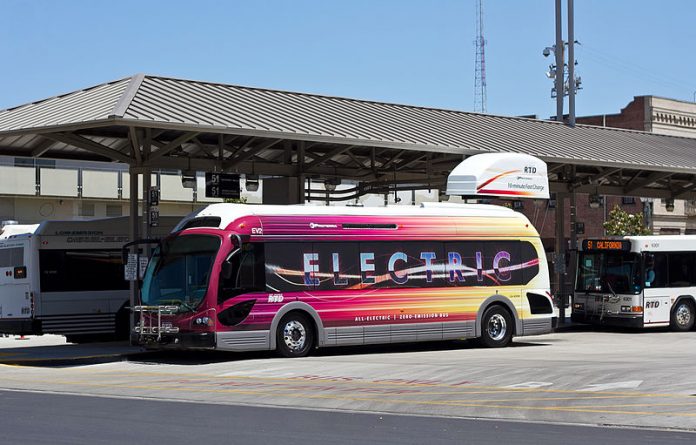 A controversial proposal from the Colorado Department of Transportation (CODOT) would shift up to a third of state transportation funding to projects aimed at reducing personal driving, as part of an effort to reduce greenhouse gas emissions.

The CODOT acknowledges its plan could slow or halt new highway construction across the state.

According to a CODOT “fact sheet” a GHG Pollution Reduction Planning Standard was required as part of in the state’s 2021 transportation funding bill.

One goal of the policy is to expand the use of mass transit and to encourage biking, and walking as options, in order to reduce gasoline consumption statewide by 169 million gallons a year.

By CODOT’s calculation such a reduction would be the equivalent of removing 300,000 cars from Colorado roads.

Some state and local officials have criticized CODOT’s proposed funding shift, saying it ignores the needs of the state’s growing population.

Colorado is also one of the fastest growing states, having experienced a 15 percent increase in residents between 2010 and 2020.

“In the greenhouse gas rulemaking, much of the projected reduction in vehicle miles traveled is projected to come from increased use of mass transit, but there is no mass transit in Colorado outside a few urban counties,” James said. “Moreover, any attempt to increase wind and solar energy production in Colorado will come at the expense of farmland.

“It is also folly to believe that Colorado, which today relies on fossil fuels for 74 percent of its electricity, can switch to 100 percent renewables seamlessly,” James said. “This GHG initiative appears to be driven by greenhouse gas emotion.”

‘No Effect on Greenhouse Gases’

CODOT GHG reduction plan will not reduce the state’s greenhouse gas emission, says Randal O’Toole, a senior fellow at the Cato Institute, in language he intended to incorporate into a column for The Antiplanner.

“The transportation portion [of Governor Polis’ GHG Pollution Reduction Roadmap] will cost Coloradans a colossal amount of money but have almost no effect on greenhouse gases,” O’Toole said. “Bike paths? Give me a break. Less than 1 percent of Denver-area commuters bicycle to work, which isn’t surprising considering the region’s hot summers and snowy winter. “If they really believed climate change was a problem, they wouldn’t be proposing solutions that we already know don’t work,” said O’Toole.