COP26 At Odds With Leaders of Nearly 40 Percent the World’s People, Making It Likely to Fail 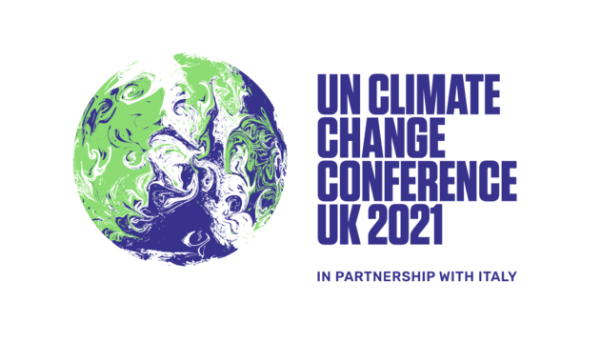 COP26 — the ongoing global gala gathering of climate elite — appears headed for a grand failure as key countries making up nearly 40 percent of the world’s population either spurn the meeting outright or act on the realities of their own circumstances.

India has demanded from developed countries $100 billion a year in aid to reduce emissions of carbon dioxide as well as compensation for “loss and damage” from climate change while refusing to end its use of coal.

The impractical funding demands and categorical rejection of a coal phaseout come on the heels of Russia’s and China’s refusal to participate in the conference at Glasgow, where climate alarmists are expected to promote replacement of fossil fuels with so-called green energy. That objective now is apparently divergent from the interests of three nations that are the homes of 2.9 billion of the world’s 7.8 billion people.

Last week, India reminded the West that it still expects the billions in climate funds that had been promised to developing nations for acting on climate change goals. India’s Ministry of Environment, Forest and Climate Change (MoEFCC) informed the media that it now has the support of 24 other countries.

“We are asking the developed economies to compensate these areas which are the most vulnerable to climate related impacts and for the expenditure on preventing and managing such mishaps. We will have the support of 24 like-minded developing countries (LMDCs) , especially island nations, on this,” said an official from MoEFCC.

India’s recent demands have the backing of the country’s cabinet and are no surprise to energy analysts. India’s position on climate was unmistakably clear from the very first day of its participation in the 2015 Paris agreement, the global climate agreement that has been the central focus of COP meetings.

India’s Nationally Determined Contribution (NDC) — its official climate commitment to the Paris agreement — does not mention the phase out of coal or oil. Instead, it states that India has the right to increase fossil-fuel production and imports if the domestic energy sector needs it, making clear that domestic energy needs will be prioritized over emission reductions.

India has rejected pleas to amend its NDC before the upcoming 2023 deadline, squashing the hopes of the “green energy” lobby advocating for a fossil fuel phaseout.

India’s stand against extreme emission-reduction policies were inevitable considering that more than 75% of its energy demand is met by fossil fuels such as coal, oil, and natural gas. More than 70% of all power in the country is generated from coal and it will continue to dominate the power generation sector even in the late 2040s.

Una Galani from Reuters points out that it may cost “$41 billion to decommission just 14% of the installed capacity of its oldest, dirtiest coal plants and replace them with renewable energy capacity. That’s almost one tenth of India’s annual budget for the year to March 2022.” She adds, “India’s bill for importing oil, gas and coal is expected to triple to $326 billion by 2040.”

Such a huge sum of money cannot be made available for India, especially when it has declared that it won’t compromise on coal and oil.

India’s position on fossil fuel and emissions are also indicative of its awareness about the actual realities of climate. Being a country highly dependent on monsoon rainfall for agriculture and with major coastal cities, the India’s think tank must have calibrated real risks instead of speculation based on modeling.

From official data, we are not able to discern any actual threats from climate change in the subcontinent. The Monsoon rainfall has been favorable and there has been no significant increase in tropical cyclone landings in the country.

Economically too, the country is well poised to tackle any challenge from future climate even as it continues its accelerated use of fossil fuels. Surely intelligent minds in the country’s state-run think tank Niti Ayog were aware of the U.N.’s own admission that even a worst-case scenario warming of 3.66°C by 2100 is not catastrophic, costing the world just 2.6% of its GDP in 2100.

In actual fact, fossil fuels are the cornerstone of an Indian economy that powers 1.3 billion people. The country will do all it can to resist mounting pressure from the U.N. and world leaders. India will continue to be a major hurdle to the climate elites in Europe and a vital clog in their plans to decarbonize the global economy.

As for the COP26 and the climate elitists’ ambitious plans to make the world adopt Net Zero, their plans will end in disappointment. They will not succeed when energy realities direct the leaders of so many people.

Vijay Jayaraj is a Research Associate at the CO2 Coalition, Arlington, Va., and holds a Master’s degree in environmental sciences from the University of East Anglia, England. He resides in Bengaluru, India.

Vijay Jayaraj
Vijay Jayaraj is a Research Associate at the CO2 Coalition, Arlington, Va., and holds a Master’s degree in environmental sciences from the University of East Anglia, England. He resides in Bengaluru, India.