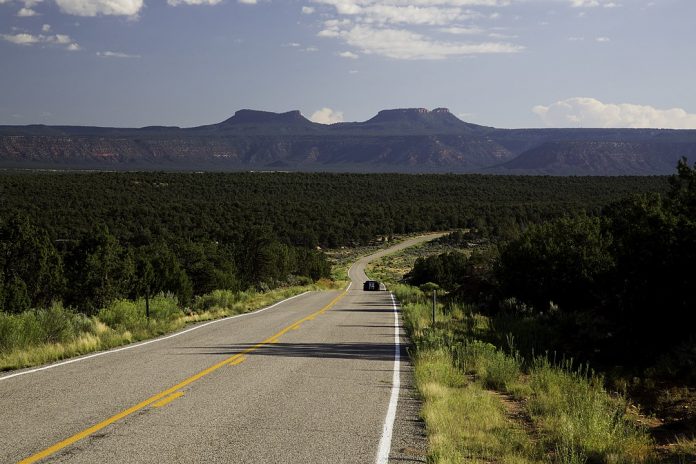 Over the objections of Utah state officials, former President Barack Obama established both monuments less than a month before leaving office.

In response to complaints from state and local officials, and his own concerns about whether the monuments could have possible negative effects on jobs and public use, in 2017 President Donald Trump reduced the size of the two monuments by millions of acres.

Utah state officials, who had welcomed Trump’s reversal of the 11th hour Obama monument declarations, have threatened legal action to reverse the Biden administration’s monument re-expansion, which restores more than 2 million acres of public lands to the pair of national monuments.

Biden’s action could potentially set up an eventual Supreme Court review of the 1906 Antiquities Act.

Biden’s restoration of the boundaries set by Obama is unjustified and antagonistic, said Utah’s congressional delegation in a joint statement they issued after the Biden administration announced the monument action.

“Rather than take the opportunity to build unity in a divided region and bring resources and lasting protections to sacred antiquities by seeking a mutually beneficial and permanent legislative solution, President Biden fanned the flames of controversy and ignored input from the communities closest to these monuments,” the delegation’s statement said. “We will continue to support efforts to ensure that our monuments’ boundaries and management reflect the unique stakeholder interest and uses in the area, but today’s ‘winner take all’ mentality moved us further away from that goal.”

In a case challenging the declaration establishing the Northeast Canyons and Seamounts National Monument, which imposed federal fishing restriction across a huge area of ocean, John Roberts, chief justice of the United States Supreme Court, noted that over time the Antiquities Act has been transformed into a power without any discernible limit to set aside “vast and amorphous expanses of terrain.”

“While the Executive enjoys far greater flexibility in setting aside a monument under the Antiquities Act, that flexibility, as mentioned, carries with it a unique constraint: Any land reserved under the Act must be limited to the smallest area compatible with the care and management of the objects to be protected,” Roberts wrote. “Somewhere along the line, however, this restriction has ceased to pose any meaningful restraint.”

“There are certainly historic landmarks, historic and prehistoric structures, and other objects of historic or scientific interest within the monument areas but they don’t take up millions of acres,” said Ivory. “It would in all likelihood be a stretch to claim that the objects as described under the Act within the monuments in question in Utah even amounted to tens of thousands of acres.”

Biden’s actions, and those of Obama and other presidents before them, represent gross abuses of the Antiquities Act that abrogate states’ sovereignty over the land within their borders, Ivory says.
“The boundaries of each state are carefully considered at statehood for their geographic, demographic, climate and resource properties for sustaining a state that could grow to be relatively in proportion to the other states in terms of population and representation in Congress,” Ivory said. “Inasmuch as western states are arid, it would take significantly greater land mass to sustain a population that would afford these states roughly proportionate voice in the national councils.

“However, with 90 percent of the people of Utah living on 1 percent of the land of within the state’s borders in large part because the federal government retains control of roughly 65 percent of all lands in the state, Utah does not have the opportunity to have equal voice in the national councils,” Ivory said.

For the sake of the economy and the environment it’s time to impose hard limits on the ability of Presidents to, without Congressional or state oversight, declare large national monuments, Ivory says.

“I believe this case will present an opportunity for the Supreme Court to consider the appropriate limits of the Antiquities Act and forever restrain the multi-million acre monument designations with the stroke of a punitive presidential pen on the way out of office generally inflicted upon states with opposing political viewpoints,” Ivory said. “This approach to the governance and management of land within a state creates constitutional, economic, and environmental damage that the Supreme Court should, and I believe will, remedy.”