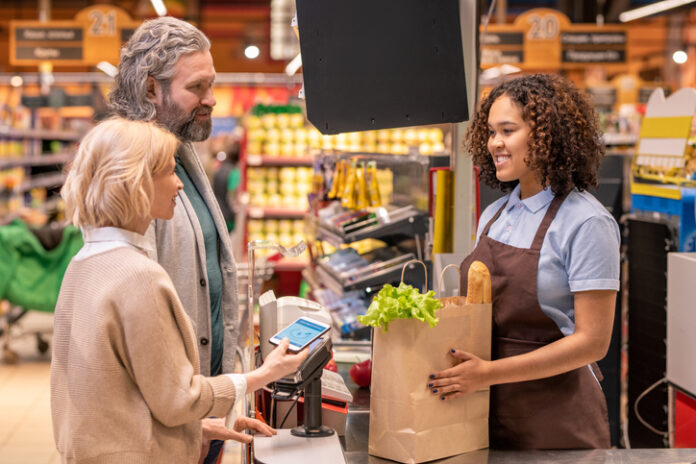 Throughout 2021, many states have suffered from labor shortages, unprecedented inflation, and the supply chain crisis. Because of the perilous economic situation, many states are considering quick fixes to address their financial problems, even though these so-called quick fixes would likely make matters worse over the long term.

Every state experienced some degree of state and federally imposed lockdowns due to the sudden onset of the coronavirus pandemic, which sent shockwaves throughout the small business ecosystem that are still being felt. Therefore, a minimum wage hike in 2022 could not be more ill-timed. In an analysis based on self-recorded closures in their database, Yelp estimates that 60 percent of U.S. businesses have been devastated by the pandemic.

Given the ongoing economic upheaval, it is not surprising that some Wisconsin lawmakers are considering implementing minimum wage increases in an attempt to provide relief to their struggling constituents. However, this is a deeply flawed and ineffective way to improve the economy.

Moreover, arbitrary minimum wage hikes produce unintended consequences that often inflict even more pain upon the very people they are supposed to benefit. Sadly, minimum wage hikes are one of the most significant reasons grocery store and fast-food chains have moved toward self-checkout kiosks in place of employees, especially teenagers, who have often previously occupied those positions.

Economists Grace Lordan and David Neumark showcase the effects of minimum wage hikes in relation to the increase of automation as a replacement for people in low-wage jobs in their working paper, People Versus Machines: The Impact of Minimum Wages on Automatable Jobs. Lordan and Neumark find that raising the minimum wage increases the likelihood that low-skilled workers become unemployed or employed in lesser paying jobs, based on data collected from 1980 to 2015.

Minimum wage hikes rarely meet the expectations of the policymakers who advocate for them. For example, they do not raise the living standards in any appreciable way for individuals and families, yet illogical wage increases have the propensity to shutter small businesses for good.

A recent study by the Congressional Budget Office, titled “The Effects on Employment and Family Income of Increasing the Federal Minimum Wage” examines how increasing the federal minimum wage to $10, $12, or $15 per hour by 2025 would adversely affect employment and family outcomes, especially among teenagers and those at the bottom rungs of the income ladder.

Minimum wage hikes also impose a myriad of unintended consequences upon all businesses, especially small businesses—the lifeblood of the American economy. Minimum wage increases force businesses to reallocate capital to cover the increase in employees’ wages, ultimately forcing them to alter spending elsewhere to offset their newly increased labor costs. More times than not, this results in less hiring, a reduction in work hours, and higher prices for consumers. For many small businesses, a minimum wage hike results in bankruptcy, as they are no longer able to remain profitable due to substantially increased labor costs.

Minimum wage hikes are never a viable economic solution. A 2007 study from economists at the University of California-Irvine and the Federal Reserve Board comprehensively examined the body of work on the subject and found 85 percent of the studies they considered credible demonstrate minimum wage hikes cause job losses for less-skilled employees. Furthermore, a 2010 study by economists at Cornell University and American University found no reduction in poverty in the 28 states that raised their minimum wage laws from 2003 to 2007.

At the national level, a recent report from the Employment Policies Institute (EPI) found that a minimum wage hike would cost the U.S. economy two million jobs. The EPI study notes that of those two million, the jobs most likely to vanish are in the restaurant and hospitality industries. These two sectors were decimated by the pandemic. Forcing businesses in these industries, particularly small businesses, to drastically raise their labor costs would devastate the few that have hung on during this harrowing period.

Failed businesses don’t pay property taxes, income taxes, sales and use taxes, and the dozens of other licensing and regulatory fees that governments rely on for revenue. Therefore, arbitrary minimum wage hikes could result in further restricting government revenue, exacerbating budget deficits caused by the pandemic. While politically popular, the downstream effects of a minimum wage increase would certainly create long-term challenges for Wisconsin.

It is unwise for Wisconsin lawmakers to push minimum wage hikes, which result in business closings and increased unemployment, especially when joblessness remains high due to the pandemic fallout. According to a brief published by the Congressional Research Service, during the pandemic, the unemployment rate reached catastrophic levels, unseen in decades. Even more worrisome, the U.S. labor participation rate has fallen precipitously since the pandemic began more than a year ago.

It is disingenuous for Wisconsin lawmakers to push minimum wage hikes, which result in business closings and increased unemployment, especially when unemployment remains high in the Badger State. According to Wallet Hub, Wisconsin experienced a 16.1 percent increase in unemployment from September 2019 to September 2021.

To make matters worse, we seem to be in the midst of a period of significant inflation. The United States Postal Service (USPS) has recently projected its rate hikes through 2024 via a recent filing with Postal Regulatory Commission. The decision by USPS to include rate increases every six months through 2024 likely corresponds to their assessment of consumer price increases emblematic of inflationary pressure. Further corroborating this, U.S. inflation hit a 31-year high in October with consumer prices jumping 6.2 percent according to the U.S. Department of Labor Bureau of Labor Statistics.

Although attempts to bolster a minimum standard of living and protect low-skilled workers are laudable, the overall economic effects of proposed minimum wage hikes accomplish neither of those worthy goals. Arbitrary minimum wage hikes, out of sync with the laws of supply and demand, would do little to lift struggling individuals and families in Wisconsin from poverty while destroying jobs and likely increasing government dependence.