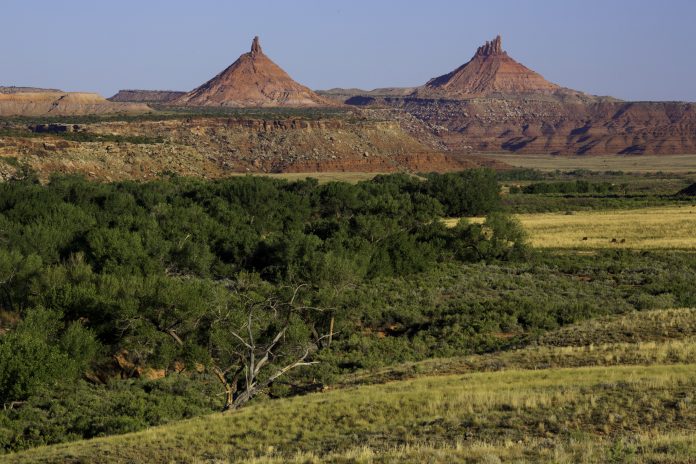 The U.S. Senate confirmed Tracy Stone-Manning to lead the Bureau of Land Management (BLM) on a strict party-line vote of 50 Democrats in favor or the nominee, and 45 Republicans opposed, in early October.

Stone-Manning’s nomination was nearly derailed during hearings designed to vet her by Republicans who argued she was unqualified to serve as BLM director because of her involvement with the eco-terrorist group Earth First! and her past involvement in “tree spiking.” Spiking is dangerous act of sabotage in which metal spikes are nailed into trees making them unsafe to log. Unnoticed tree spikes have injured loggers in the past when saws they were using struck the spikes, causing the saws to explode.

Approved Despite Radical Past

Abbey said Stone-Manning’s involvement the criminal tree-spiking incident on the Clearwater National Forest in Idaho in 1989 should have disqualified her from leading BLM.

“As a 30-year BLM career employee, I don’t take her actions lightly, nor should anyone else,” said Abbey. “If Stone-Manning participated in any aspect of planning, implementation or cover-up in the spiking of trees, then she should not be confirmed.”

New Mexico’s Democratic Sen.’s Martin Heinrich and Ben Ray Lujan should be ashamed of themselves for voting to approve Stone-Manning, says Larry Behrens, Western States director of Power The Future.

“Senators Heinrich and Lujan are hoping the wreckage of Joe Biden’s legislative agenda will distract New Mexicans from the confirmation of an eco-terrorist to a high-ranking government position,” Behrens said in a statement. “All the while, green policies are sending energy prices soaring at home and putting Europe on the brink of a supply crisis heading into winter.

“Tracey Stone-Manning’s confirmation is the clearest sign yet that ‘Blue Collar Joe’ values extreme environmentalism above all else and certainly more than the well-being of our energy workers,” Behrens said. “New Mexicans are watching, and they won’t be fooled.”

Biden’s policy failures have diverted the spotlight from the radical people he’s appointing to his administration, says Merrill Matthews, Ph.D., a resident scholar at The Institute for Policy Innovation.

“I’m surprised Biden didn’t pull Stone-Manning’s nomination, because her eco-terrorism past was an unneeded distraction for his floundering administration,” Matthews said. “My only thought is that Biden’s policies and actions have created so many major distractions, the Stone-Manning nomination seemed small in comparison.”

Biden’s nominees are consistently radical and until he and they are replaced the public’s access to federal land will be under constant threat, says Jay Lehr, Ph.D., a senior policy advisor with the International Climate Science Coalition.

“Stone-Manning is indeed an eco-terrorist, which falls in line with all of the Biden administration appointees to positions of power,” Lehr said. “These nominees are and are supported by radical environmental activists who wish to kick the public off of federal lands, leaving it to be untrodden.

“Peoples’ ability to use and enjoy public lands will be at risk until this administration is unseated,” Lehr said.