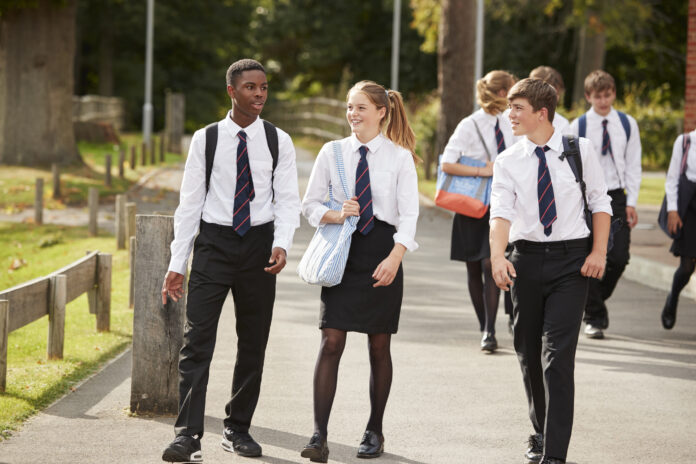 At the heart of the ongoing hot debate over school choice is the question of how involved government should be in K-12 education. The data is clear that private schools provide a superior education to that of government-run schools. Education scholar James Tooley makes that case in Really Good Schools: Global Lessons for High-Caliber, Low-Cost Education. He argues that “reducing the involvement of government in education can (1) reduce the size of government overall and hence the potential for corruption; and (2) reduce the potential for governments to use education as a means of domination, coercion, oppression, and patronage.”

The corrupting power of government is an issue too seldomly discussed in the context of public education. The problem is this: A corrupt government will use its control of the education of its future adult citizens for its own political ends at the expense of the best interests of its people. Authoritarian or totalitarian countries come to mind — e.g., the Soviet Union or China. But it can occur in a democracy as well — where government power over schools allows them to control the content of the curriculum and thereby manipulate the beliefs of its future electorate. Tragically, America’s traditional public schools are increasingly moving in this direction — teachers unions are working hand-in-hand with Democrat policymakers to use their unbridled power over schools to push radical agendas in classrooms, grooming children for left-wing loyalties.

At the core of this corruption is the intent to deprive the children of our nation of the education needed to develop critical thinking skills and the ability to evaluate facts and draw their own conclusions. Polarizing political agendas take priority over robust academic instruction. In essence, public schools have replaced teaching students how to think with teaching students what to think. As Tooley explains, “Those with influence and power over education have interests different from ‘the public good.’” Quickly vanishing are the days of civil discourse, balanced intellectual debate, and free speech — and not just at higher education institutions but on K-12 campuses as well.

The corruption especially plays out in how U.S. history is presented. The 1619 Project’s cynical and counter-factual narrative that slavery, rather than freedom, was the central motivating principle of the American Founding is being swiftly implemented in school curriculums. Anti-American ideologies are promoted, teaching children to have contempt for our nation and even its principles of liberty and justice. Based on doctrines of Critical Race Theory, students are labeled and divided into groups as oppressors and oppressed, not based on their actions and attitudes, but chiefly on their skin color. Academic standards are removed in the name of promoting a redefined “equity,” which replaces equal opportunity with demands for equal outcomes. Diversity and inclusion no longer mean respecting individuals and treating people fairly but stripping the rights and protections from the vast majority to cater to the demands for special privileges for select groups.

As our public schools continue to teach radical ideologies while failing to educate over 70% of students with basic academic competencies, the urgency for education emancipation is dire. Private education is education by the people, for the people. We need that now more than ever.