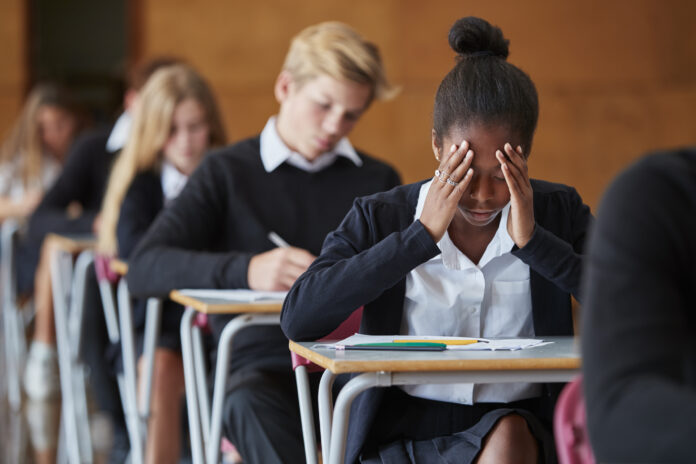 Pennsylvania’s public education system is broken, according to a lawyer in the historic education-funding lawsuit currently underway in the state’s Commonwealth Court. Greater Johnstown School District is one of six districts suing Pennsylvania because the state is not meeting its constitutional obligation to provide a “thorough and efficient system of public education.” The suit also claims equal protection violations due to funding disparities between school districts.

Some parents, however, have a different take on the situation. “I agree our education system is broken,” says Johnstown parent Kelly Fetzko. “My local district spends more than $17,000 per student per year and is suing the state for more money. The solution isn’t to give the system more money. It’s to let funding follow students to schools that work for them.”

In 2015, Pennsylvania’s Commonwealth Court initially dismissed the lawsuit – William Penn School District, et al. v. Pennsylvania Department of Education, et al. – on the grounds that the legislature, not courts, has discretion over education spending. In a 2017 ruling, the Democrat-controlled state Supreme Court disagreed and ordered the Commonwealth Court to hold what is now expected to be an eight-to-ten-week trial. Plaintiffs are bringing in superintendents, academics, and other witnesses to testify that public schools need more money.

But pouring more money into a dysfunctional system doesn’t help kids. Pennsylvania public schools are already funded at extraordinary levels; there’s no reason to expect that funneling more taxpayer dollars to the same institutions will improve them.

The plaintiffs’ argument that schools are underfunded is false, or at least misleading. In fact, Pennsylvania ranks seventh in the nation in education funding, spending an average of more than $19,000 per student per year – 28% higher than the national average of $15,000. And the U.S. spends significantly more per student than almost any other developed nation in the world. Notably, each of the six school districts involved in the lawsuit receives more money per student than the national average (and, by extension, more than most schools in the world).

How much money do public schools need? When the plaintiffs initiated the lawsuit in 2014, they cited a $4.4 billion shortfall from a 2007 study. Now – despite state funding increasing by $2 billion (adjusted for inflation) – they’re claiming a $4.6 billion shortfall. It makes you wonder if any amount will ever be enough.

We’re not saying that money doesn’t matter. But how the money is spent matters more. Education spending has skyrocketed in Pennsylvania in the last 20 years, but student scores on the nation’s report card were stagnant. Alarmingly, 40% of Pennsylvania students are below proficient in reading. Nearly 60% of students are below proficient in math. If even the poorest schools in Pennsylvania spend more than most schools worldwide and we still aren’t getting satisfactory results, then we need to focus more on how the money is being spent.

Consider Bishop McCort Catholic School in Johnstown, where Fetzko’s children are enrolled. The school spends $12,000 per year per student and charges less than $7,000 per year in tuition. Students from Bishop McCort have a 100% graduation rate, with 95% going to a four-year college and 5% entering the workforce or military service. And Bishop McCort stayed open for in-person instruction last year, while Greater Johnstown was mostly remote.

Fetzko says that she knows several families who would choose Bishop McCort if it were financially feasible for them. If education funding followed families to the schools of their choice, it would open up new opportunities for these children.

Derek Black, a law professor and witness for the plaintiffs in the funding lawsuit, pointed out how Pennsylvania’s 1872-73 constitutional convention adopted language mandating a “thorough and efficient system of public education.” He emphasized that the constitution protects education for all children, not just the affluent.

But the world has dramatically changed since 1872. Back then, when travel and communication were incredibly difficult, it may have made sense to design an education system that assigned children to schools based on where they lived. It no longer does.

The solution to inequalities in Pennsylvania’s education system is not, as the plaintiffs suggest, to prop up the residentially assigned school system with yet more funding. Rather, the solution is to give all children access to the schools of their choice.

So far, testimony at the trial has been carefully crafted to evoke emotional reactions, with teachers and administrators telling stories of struggle. But parents and other taxpayers should probe deeper and get the facts.

For example, Panther Valley School District has been noted for leaking buildings, too few restrooms, underpaid teachers, and inadequate supplies. But Panther Valley received $33.7 million in funding during the 2019-20 school year – amounting to more than $18,000 per student. That’s significantly above than the national average. Panther Valley residents should demand to know what the district is doing with all this money.

Education funding in Pennsylvania is at historic highs. The problem with the state’s schools isn’t the amount of money they receive – it’s how that funding is allocated. Lawsuit supporters are using the hashtag #FundOurSchoolsPA as their rallying cry, but it’s time for a different slogan: #FundOurStudentsPA.