Do We Really Need States to Be Bankers? 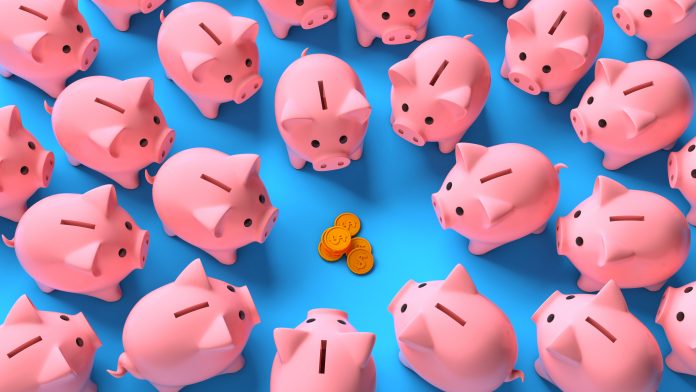 In 1919, the state of North Dakota established its own bank as a public institution. It’s the only one of its kind in the nation, having operated successfully for a full century through the Great Depression and a dozen recessions. Nine other states tried to follow suit in the following decades, only to fail and close their banks’ doors. Founded to provide capital in a farm-centric economy that was underserved by large regional financial institutions that charged double-digit interest rates for ag loans, the Bank of North Dakota has served as an inspiration and touchstone to political populists, anti-bank politicians and easy-money advocates.

Over the past decade lawmakers in more than half the states have rekindled legislation in support of public-owned banks, according to the Public Banking Institute, an advocacy organization. The arguments in favor of these bills are similar: The private-sector banking industry underserves low-income communities, minorities and women; banks only lend to people who don’t need the money; bank profits are excessive, so states need to establish a competitive yardstick; public banks can promote economic development opportunities that the private sector ignores; and state banks could make money on their investments and deposits — a win-win for taxpayers. Never mind that today money is cheap and the banking system is flooded with excess reserves.

Perhaps the best single discussion of the pros and cons of state banks was written in August for the Government Finance Review. That article described various legislative efforts that have failed or stalled, as well as the objections that have been raised and why, while holding out the possibility that someday a multistate consortium could surmount the economic risks and political pratfalls.

Even beyond what we call the “global superabundance of capital,” however, what the advocates and professional literature overlook is the spectacular disruptive growth of “fintech” — financial technology — that is bringing capital to previously underserved communities and businesses. It turns out that the capital markets, big data, artificial intelligence and techno-wizardry are filling in many of the niches that supposedly cry out for public banks. But first, there are two other strategic public policy alternatives of note: “linked deposits” and using pension-fund capital for nonbank lending, or “shadow banking” as it’s termed by its critics.

As a young municipal finance officer, while moonlighting in grad econ classes in the late 1970s, I became enamored of the concept of linked deposits. The idea was that municipalities should invest in time deposits with banks that pledge to make local loans promoting economic development. I’ll never forget speaking on a panel at the state finance officers’ conference and watching the state’s most prominent public funds banker scowl and shake his head in disgust at what struck him as a pie-in-the-sky concept. At the time, that idea went nowhere.

But the concept never died, and in fact it lives on today. In the 1980s, Ohio state Treasurer Mary Ellen Withrow undertook a program to link state deposits with a lending program and touted the concept among her peers at the National Association of State Treasurers. (She later went on to become the 40th treasurer of the United States.) Ohio continues to operate several linked-deposit programs, and there are similar programs in a few other states, with New York’s and Washington’s often cited as exemplars.

While such linked deposits might be more show than substance, their advocates would say that they highlight the need and the opportunity for the banking sector to work cooperatively with the public sector to fill in the cracks in the nation’s lending system, so why reinvent the wheel and socialize banking?

An Opportunity for Public Pensions

Meanwhile, with interest rates at record low levels, public pension funds have been searching everywhere for ways to get a better return on their fixed-income capital allocations. One of the vehicles that emerged in the past decade has been direct lending through professionally managed portfolios that provide loans to businesses at attractive interest rates.

After the Great Recession, banking regulations were tightened significantly, and that opened the door to such private lenders that are exempt from a host of restrictive rules. Pension funds are ideal sources of such capital, which can be loaned out on either a secured or unsecured basis, depending on risk appetites and investment policies. Although direct lending has been smeared with the term “shadow banking,” that is an unfair moniker when it’s attached to institutional capital devoted to fueling growing companies and not underwriting leveraged buyouts.

At the early-stage company level, where startup companies are the engines of economic development, the money typically comes from “angel” investors who take an equity stake in the company and from “mezzanine loans” from banks and venture capital companies. But we also now see growing numbers of well-managed, privately funded, early-stage “revenue-based lenders” which, taking repayment as a percentage of an enterprise’s gross revenues, are filling in the gaps for unsecured loans that public-owned banks are once again being touted to provide. Even the smaller municipal pension funds could play on the field of revenue-based lending if it catches on.

Before embarking on the contentious uphill climb of establishing a state bank that uses short-term idle treasury cash as its foundation, legislators may be wiser to promote long-sighted investments by their public pension funds in these lending arrangements. The pension trustees, who are obliged to act as fiduciaries, will serve an important watchdog role by removing the politics. In the case of early-stage revenue-based lending, the target rates of return are double-digit, so there is money to be made when the underwriting is performed professionally and the borrowers are properly screened. Let pension funds, not the public treasuries, be the investors in and sponsors of sustainable economic development.

This brings us to the newest challenge that now faces advocates of state-owned banks: the recent revolutionary disruption of technology in the financial services sector. Billions of dollars are now being plowed into venture capital-backed companies and recent IPOs that don’t need the brick and mortar of traditional banks — or backing from the states. The new technology compiles information used to underwrite lending far more quickly, accurately, comprehensively and efficiently than traditional bank lending practices, which enables rapid (and ostensibly unbiased) credit-approval decisions. Americans will hear more and more about “buy now, pay later” as the consumer dimension of fintech, but the comparable small-business lending applications are just as dramatic.

Obviously, the regulators will need to monitor redlining and statistical biases. But the fintech revolution will likely eclipse the historical need for capital to serve many of the potential business borrowers that would otherwise seek out a state bank, and thereby skim off the most credit-worthy regardless of race, ethnicity, gender or location.

That doesn’t leave much of a foundation for the advocates of government-owned banks. For now, at least, I suggest that proponents take a pause and let the financial innovations described here take their course. Some of the new fintech ventures will undoubtedly fail in the next down cycle, but many will thrive and reach underbanked communities. Let’s look for the lending-market failures after the tide goes out and we can see who’s been swimming naked before we dive head-first into turning states into bankers.